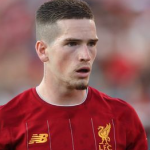 Ryan Kent is an English professional footballer who plays as a winger for Scottish Premiership club Rangers. He made his professional debut in 2015, before spending consecutive loan spells with League One side Coventry City and Championship side Barnsley, winning the club's Young Player of the Season award with the latter. He signed for Scottish Premiership club Rangers permanently in September 2019 after playing for them on loan in the 2018-2019 season. Overall, he is a very talented footballer.

Ryan Kent has credited Michael Beale and Steven Gerrard for his development as a player after sealing a £7million switch to Rangers. Ryan Kent secured a permanent return to Rangers on deadline day, largely thanks to Michael Beale and Steven Gerrard. Kent impressed at Ibrox while on loan from Liverpool last season, scoring six goals and laying on six assists in the Scottish Premiership. Gerrard wanted to bring Kent back for the 2019/20 season but Liverpool quoted a price tag which Rangers chiefs felt was too high. The Ibrox manager did not hide his interest in Kent throughout the summer and embellished the squad with other attacking options as a deal looked unlikely. But Rangers stumped up £7m on deadline day to pin down Kent on a four-year deal. Explaining who was central to his return, Kent cited former Liverpool men Gerrard and first-team coach Beale. “After last season I have evolved even more as a player and I think now if I could add that final end product to my game then it is going to be a good season for me and for the team,” Kent told.

Ryan Kent was born on 11th November 1996, in Oldham, England. His nationality is English and he belongs to white ethnicity. The details regarding his parent and sibling are unknown. Talking about his education, he graduated from Liverpool academy. As of 2018, he celebrated his 22nd birthday with his friends and families.

Ryan Kent is a very handsome person with an athletic body build. He has a tall height of 5 feet 8 inches or 1.72 m. His balanced body weight and other body measurements have not been revealed yet. He has brown hair and dark brown eyes. Overall, he has got an attractive personality with a healthy body.

Ryan Kent is not married yet as he is very young to get married. There is also no information regarding his dating history so due to this he is assumed to be single as of today and he is focusing on his career at present.

Net Worth of Ryan Kent

The net worth of this famous footballer is estimated to have between $1 Million to $10 Million as of 2019. His net worth is increasing day by day. He completed his move to Rangers from Liverpool in a deal worth 7.5 million pounds. His exact salary has not been revealed by any source and it is still under review but it will be added soon.