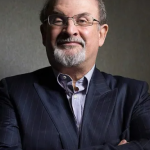 Sir Ahmed Salman Rushdie shortly named Salman Rushdie is an Indian-born British-American novelist. He released his first novel "Grimus" which did not garner much positive response. His second novel, "Midnight's Children" (1981), won the Booker Prize in 1981 and was deemed to be "the best novel of all winners" on two occasions, marking the 25th and the 40th anniversary of the prize. It was Rushdie’s fourth novel "The Satanic Verses" that enraged the Muslim community across the globe to such an extent that Ayatollah Khomeini issued a 'fatwa' or a death sentence against him. In 2012, he published Joseph Anton: A Memoir, an account of his life in the wake of the controversy over The Satanic Verses. His other novels are The Ground Beneath Her Feet (1999), The Enchantress of Florence (2008), The Golden House (2017), and Quichotte (2019). On 12th August 2022, he was attacked while he was about to speak at an event in Chautauqua, New York. A man rushed onto the stage and stabbed him several times, just before he was about to deliver a speech. It was later revealed that he was on a ventilator and could not speak. Police identified the attacker as Hadi Matar, 24, of Fairview, New Jersey. He was arrested at the scene and was awaiting arraignment. Matar was born a decade after “The Satanic Verses” was published. The motive for the attack was unclear, State Police Maj. Eugene Staniszewski said.

What is Salman Rushdie Famous For?

What is Salman Rushdie's Religion?

Salman Rushdie took birth on June 19, 1947, in Mumbai, India. He holds Indian nationality and his ethnicity is Indian-Kashmiri-Asian. His birth name is Ahmed Salman Rushdie. His present age is 75 as of 2022. His father, Anis Ahmed Rushdie is a Cambridge-educated lawyer and businessman whereas his mother, Negin Bhatt is a teacher by profession. He has three sisters. About his religion, he came from a liberal Muslim family, but he is now an atheist. He studied at the Cathedral and John Connon School in Mumbai, India. After that, he joined Rugby School in Warwickshire, England. Later, he pursued History at King’s College, Cambridge. 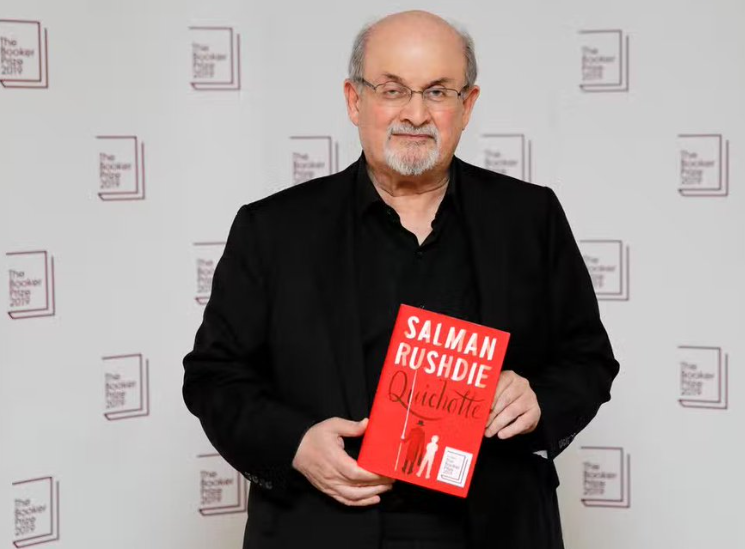 Rushdie was knighted for services to literature in the Queen's Birthday Honours on 16 June 2007. He remarked: "I am thrilled and humbled to receive this great honour, and am very grateful that my work has been recognized in this way."

How much was Salman Rushdie's Net Worth?

Salman Rushdie is a successful novelist, writer, and professor who has released several books throughout his career. As of 2022, the net worth of Salman is estimated to have $15 Million. His main source of wealth comes from his writing career. He is living a luxurious lifestyle at present. His present salary is in millions of dollars.

Who is Salman Rushdie's Wife?

Everything To Know About Padma Lakshmi

Since 2000, he has lived in the United States, mostly near Union Square in Lower Manhattan, New York City. 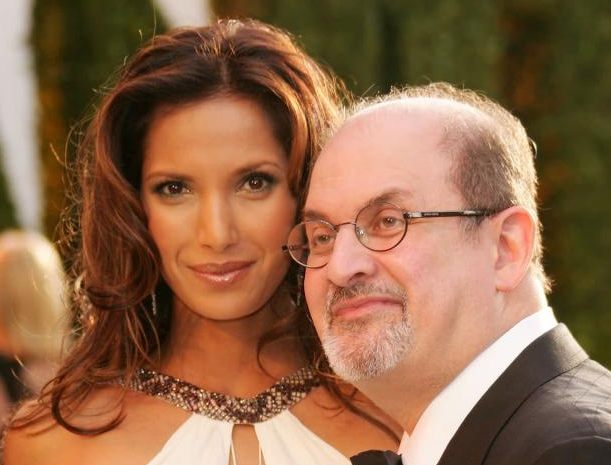 How tall is Salman Rushdie?

Salman is a handsome man with a height of 5 ft 7 in or 170 cm. His bodyweight is 78 kg or 172 lbs. His body type is average. His hair color is gray and his eye color is hazel. He keeps a French beard. In 1999, Rushdie underwent an operation to correct ptosis.

Salman Rushdie was recently stabbed by an attacker on August 12, 2022, in Chautauqua, New York, just before he was about to begin a speech. He suffered damage to several nerves in an arm and his liver too. One of his eyes was also severely damaged. The New York state police identified the attacker as Hadi Matar, hailing from New Jersey.