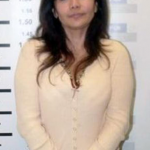 Sandra Ávila Beltrán is a Mexican drug cartel member, dubbed "La Reina del Pacífico" (The Queen of the Pacific) by the media. On 28th September 2007, she was arrested and charged with organized crime and conspiracy to drug trafficking. On August 10, 2012, she was extradited to the United States to answer for criminal charges by the U.S. government. She was then deported back to Mexico, where she was immediately arrested on money laundering charges on 20 August 2013 and was sentenced to five more years in prison. She was released in 2015 and now lives in the city of Guadalajara.

What is Sandra Ávila Beltrán Known For?

What is Sandra Ávila Beltrán Nationality?

Sandra Ávila Beltrán was born on 16th October 1960 in Baja California, Mexico. She holds Mexican nationality and her ethnicity is Mexican-White. She is the daughter of María Luisa Beltrán Félix and Alfonso Ávila Quintero, a family member of Rafael Caro Quintero, a former leader of the Guadalajara Cartel. Family connections have played a major role in her criminal career, having kinship with the Beltrán-Leyva Brothers, then top heads of the Sinaloa cartel "federation." She was in fact a "third-generation" drug trafficker in her family. Officials in Mexico say she is the niece of Miguel Ángel Félix Gallardo, the godfather and the boss of bosses of the Mexican drug trade who is now serving a 40-year sentence for his alleged involvement in the 1984 murder of Enrique Camarena, a U.S. Drug Enforcement Administration (DEA) special agent. Her great uncle Juan José Quintero Payán was extradited to the United States on drug trafficking charges. On her mother's side, the Beltráns got involved in heroin smuggling in the 1970s and later diversified into cocaine. DEA officials state that Ávila Beltrán never shrank from employing the violence that comes with the turf and that "she used the typical intimidation tactics of Mexican organizations." She enrolled in journalism classes as a feisty 17-year-old. But three years into communication studies at the Universidad Autónoma de Guadalajara, a jealous boyfriend kidnapped her. He was a powerful young man closely tied to the cartels. Within months she had left town, ending her hopes of a career as an investigative reporter. Instead, Sandra Ávila entered the drug underworld. Her present age is 61 as of 2021.

Who is Sandra Ávila Beltrán married to?

Regarding her personal life, Sandra Ávila Beltrán reportedly had affairs with several well-known drug barons in her youth. She was married twice; both of her husbands were ex-police commanders who became drug traffickers and both were later killed by hired assassins. The police attribute her rise to power in the drug world primarily to her most recent relationship with Juan Diego Espinoza Ramírez, alias The Tiger, who is said to be an important figure in the Colombian Norte del Valle Cartel. She lived in Guadalajara, Jalisco, and Hermosillo, Sonora until the police found more than 9 tons of cocaine on a ship in the Pacific port of Manzanillo, Colima in 2001 and tracked the shipment to her and her lover Espinoza Ramírez. She is also a mother to her son. For her son’s 15th birthday, she gave him a Hummer and, later, a $40,000 allowance every few months. From her neck hung a gold pendant in the form of Tutankhamun with 83 rubies, 228 diamonds, and 189 sapphires. At present, she is assumed to be living a single life happily. Her sexual orientaiton is straight.

How much is Sandra Ávila Beltrán Net Worth?

Sandra Ávila Beltrán is a drug cartel member whose net worth is estimated to have between in the range of $1 Million-$5 Million as of 2022. She is making her salary in thousands of dollars. At the height of her career, she showed a propensity to carry suitcases with millions of dollars in crisp $100 bills. Released in February 2015, she has been slowly recovering her contacts and composure. Her fortune is mostly buried, and she and a bevy of lawyers are now furiously fighting to recoup approximately 15 homes, 30 sports cars, and an estimated 300 jewels. “Camaros, Trans-Am, Mercedes, Audi, I had them all,” she said, remembering her favorite, a Bentley. Today, she is living a cool and comfortable lifestyle.

How tall is Sandra Ávila Beltrán?

Sandra Ávila Beltrán is a beautiful woman with the perfect height matching her body weight. She has an average body type. Her eye color is brown and her hair color is brown. She has got a healthy body at present. She has a charming smile with a glowing face.

Trivias About Sandra Ávila Beltrán You Need To Know.