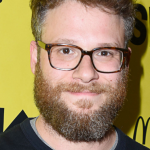 It is now becoming very clear to the world that comedy is taking centre stage in the entertainment industry. The emergence of so many stand-up comedians across all races, ethnic and religious backgrounds, has seen to the rise of people like Seth Rogen to fame. He is a Canadian-American of Jewish origin who started stand-up comedy as a teenager and made his way into the movie industry as an actor, producer, voice artist, and director. He is widely regarded as one of the most famous stand-up comedians of Jewish origin. Let us learn more about the entertainer below.

What is Seth Rogen known for?

Where is the birthplace of Seth Rogen?

Seth was born as Seth Aaron Rogen in Vancouver, British Columbia, Canada. His father, Mark Rogen, worked as an assistant director in several non-profit organization, whereas his mother, Sandy Belogus, is a social worker.

Rogen grew up along with his older sister, Danya and attended Vancouver Talmud Torah Elementary and Point Grey Secondary School. He was interested in acting from his childhood and as soon as he found out that he can be funny as the Job while growing up, he eagerly wanted to pursue a career in comedy. Rogen started performing stand-up comedy during his teenager and later in bars. He had co-written rough draft of Superbad at the age of 13.

When did Seth Rogen start to work in the Film Industry?

Did Seth Rogen win the Awards?

Seth outstanding performance has won the heart of millions of people as well earned several awards. Some of his awards include:

Moreover, he was nominated for Young Artist Award as Best Performance in a TV Series–Young Ensemble for Freaks and Geeks, Primetime Emmy Award as Outstanding Writing for a Variety, Music or Comedy Program for Da Ali G Show, Golden Globe Award as Best Motion Picture–Comedy/Musical for 50/50, American Comedy Award as Funniest Motion Picture for This Is the End, and much more.

Does Seth Rogen have a wife?

Spreading some glimpse of lights to his personal life, Seth Rogen is a married man, He tied the knot with actress Lauren Miller in the year 2011 after dating for seven long years. The couple is together since their marriage and is living a happy and joyful life. There are no symptoms of them getting divorced. As of 2019, they do not have any children and also has not announced any pregnancy. Rogen has a straight sexual orientation.

Rogen is also involved in different social work and often raised money for several charity works. He also raised awareness of Alzheimer’s disease and raised money for Alzheimer’s research through Hilarity for Charity. He was honoured with the unite2gether accolade from unite4: humanity for promoting awareness.

How much is Seth Rogen net worth?

Seth Rogen earns the good sum of money in his career. Being an actor, comedian, writer, producer, writer, director, and voice actor, he has several sources of income. His salary in the Green Hornet movies was $6,000,000 whereas got $500,000 from Knocked Up in 2007.

Seth Rogen has earned $8.4 million dollars from the movie The Green Hornet, also has $1,650,000 value asset in West Hollywood home. Allocating information from several sources it is found out that his net worth as per 2019 is $55 million.

How tall is Seth Rogen?

Before talking about Seth Rogen’s physical measurements and body statistics, it is easy to notice that Seth has a very infectious laugh, maybe that helped his standup comedy business. He also has light brown eyes, curly light brown hair and a deep voice. His height is 5 feet 11 inches (1.80 cm) and his weight is 88 kilograms (194 pounds). His body measurements are 43-15-36 inches.

Trivias About Seth Rogen You Need To Know.