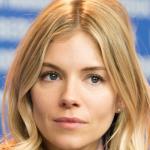 Sienna Miller is a British-American actress, fashion designer, and model who is well known for her role as socialite Edie Sedgwick in the biographical film, "Factory Girl"(2006) and also as the author Caitlin Macnamara in "The Edge of Love"(2008). Having her career started as a model initially, Miller made her screen debut with the romantic comedy, "South Kensington" in 2001.

Her other movie role includes "Layer Cake", "G.I. Joe: The Rise of Cobra" and "Alfie". She also has graced the covers of Vogue's American, British, Australian and Portuguese editions, as well as other international fashion magazines such as Nylon, Marie Claire, and Porter Edit.

After a brief break, Miller returned to prominence with her role as actress Tippi Hedren in the television film, "The Girl"(2012). She has won altogether three awards; Environmental Media Awards, ShoWest Awards, and Film Talent Award. Miller has been on news for her previous relationship with ex-fiance Jude Law as he cheated on Miller with his children's nanny back in 2015.

What is Sienna Miller Famous for? 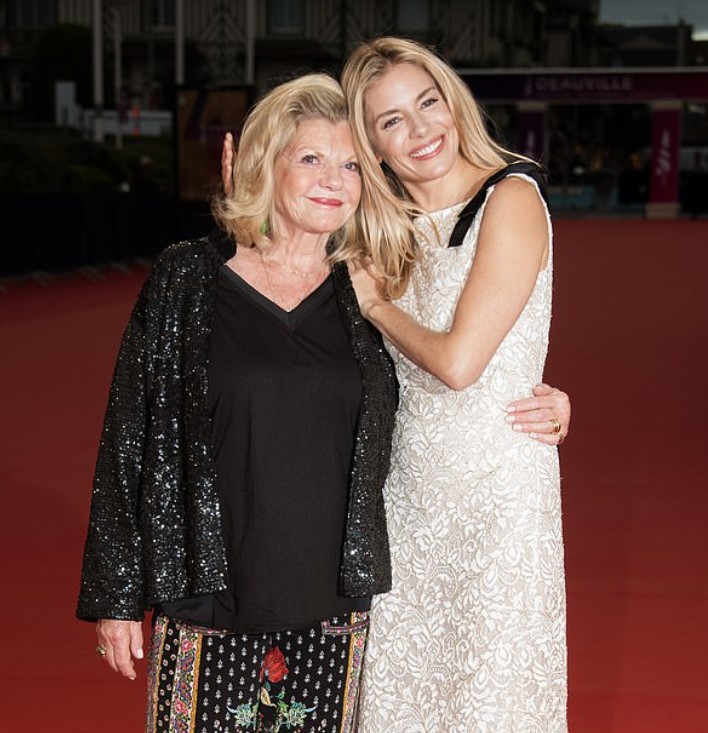 Where was Sienna Miller Born?

Sienna Miller was born on December 28, 1981, in New York City, United States. Her birth name is Sienna Rose Diana Miller. Her nationality is British-American. Miller belongs to the Black ethnicity while Capricon is her zodiac sign.

Sienna Miller was born as the daughter of her parents Josephine Miller(mother) and Edwin Miller(father). Her mother, Josephine, is a South African-born British former model, who was also a personal assistant to David Bowie while her father, Edwin, is an American banker turned dealer of Chinese art.

Miller moved to London with her family when she was just eighteen months old. She grew up in London along with her sister, Savannah, and two half-brothers, Charles and Stephen.

When Sienna was 6 years old her parents divorced in 1987, and Miller moved to Parsons Green with her mother, while her father remarried three times. Miller attended Heathfield School in Berkshire where she used to act and play Lacrosse. After graduating from high school at 18, Miller got her first-ever modeling gig for a German commercial for soda pop.

She then relocated to NYC and got enrolled in a three-month course at the Lee Strasberg Theatre and Film Institute. She signed with Tandy Anderson of Select Model Management London, and modeled for Coca-Cola, Italian Vogue, and posed topless in the 2003 Pirelli Calendar. 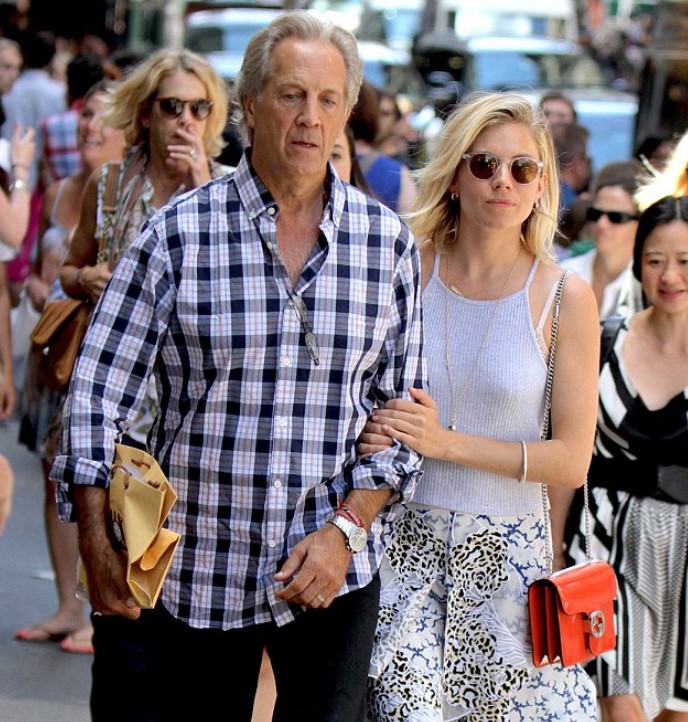 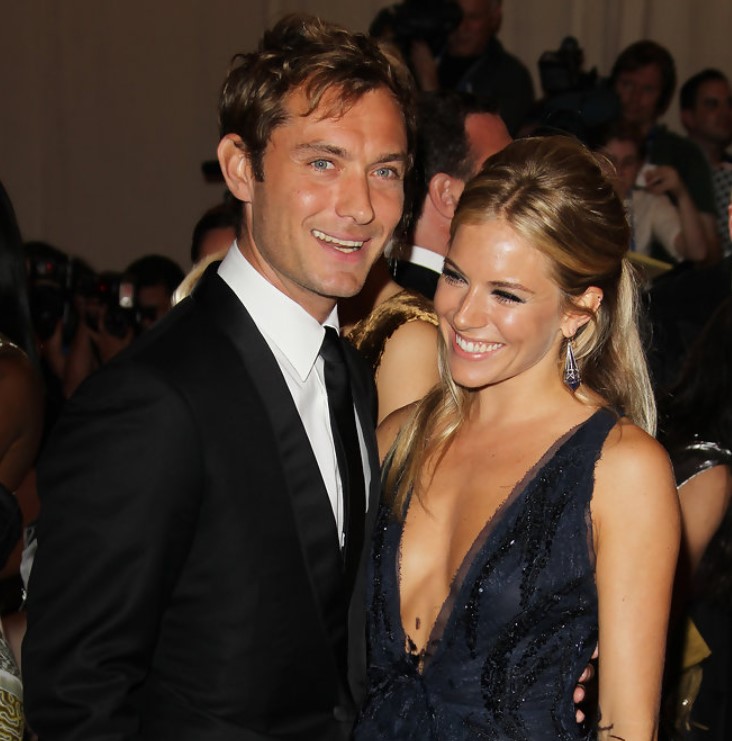 Everything To Know about Jude Law

Sienna Miller was previously engaged to Jude Law, multiple award-winning English actors, whom she met while they were working together in the film, "Alfie" in 2004. They soon started dating and got engaged by the end of the year. After dating for 2 years, they separated in 2006, after Law made a public apology to Miller for having an affair with his children's nanny.

The cheating scandal created a lot of controversies as Law actually had made a public apology to Miller related to that. They later rekindle their relationship in 2009 and split once again in 2011.

Miller also had a highly publicized affair with married actor Balthazar Getty back in 2008. She even sued two British tabloids over the publication of photos showing her and Getty together. She also dated actor Tom Sturridge for almost 4 years from 2011 till 2015 with whom she has a daughter, Marlowe Ottoline Layng Sturridge, born on July 7, 2012. 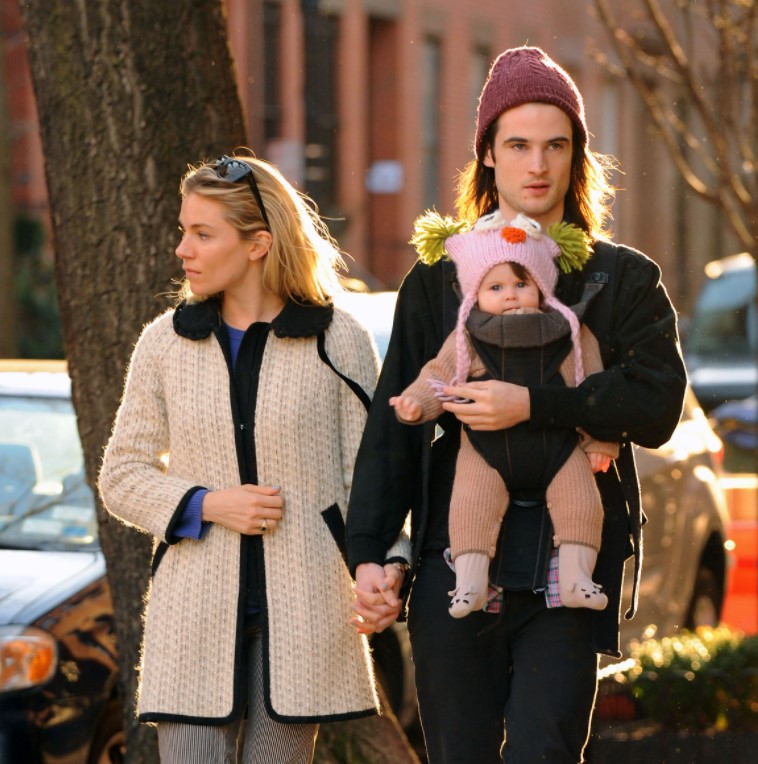 Miller was recently engaged to her boyfriend, Lucas Zwirner, a literary editor, after almost one year of dating. The couple was first spotted together in December 2018 while attending the birthday party of her ex-fiancé, Tom Sturridge. The following month, they were seen engaging in PDA in the streets of New York City as the American Sniper actress walked her dog.

However, they ended up their relationship in the mid-month of 2020. 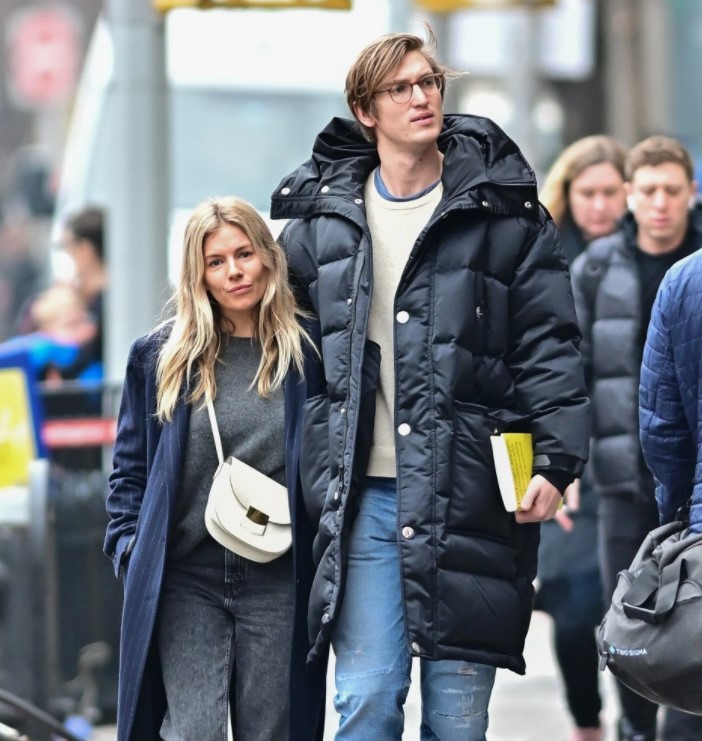 Sienna Miller has quite good earnings from her professional career as an actress and fashion designer. Having her career started initially as a model and now as an actress, Miller has managed to come a long way up becoming one of the popular actresses in her decade-long career. Her source of income is surely her appearances in movies and series.

Along with her sister Savannah, a professional fashion designer, Miller has launched a complete fashion label called "Twenty8Twelve", Including her income, Miller has a healthy net worth estimated to be around $18 million.

Sienna Miller is a gorgeous lady with a well maintained hour-glass body physique in her 30s. She stands tall with a height of 5ft. 5inches.(1.65m) while her body weighs around 55kg(121 lbs).

Her body measurement is around 34-25-34 inches with a bra size of 35B, 4(US) as her dress size, and 9(US) as her shoe size. She has a fair complexion with blonde hair and grey eyes.