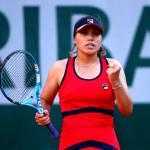 An American professional tennis player, Sofia Kenin is one of the celebrated names in the tennis fraternity. She has reached a career-high WTA ranking of World No. 12. She has won 3 singles titles and 2 doubles titles on the WTA Tour. As a junior, she reached World No. 2. She turned professional in 2017.

What is Sofia Kenin famous for? 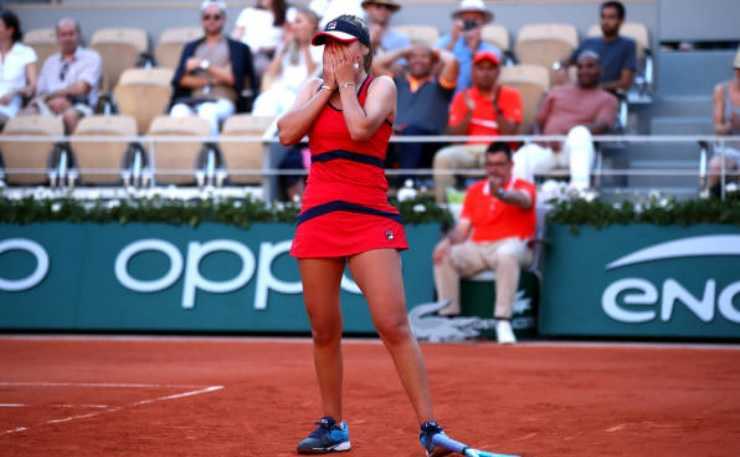 When was Sofia Kenin born?

Sofia Kenin was born on 14 November 1998. Her birth name is Sofia Anna Kenin. Her birth place is in Moscow in Russia. Her nationality is American. Her zodiac sign is Scorpio.

Sofia Kenin was born to a father, Alex Kenin, and a mother,  Lena Kenin. Her father is her long-time tennis coach. Kenin moved to the United States from Russia shortly after she was born.

She started playing tennis at the age of five. Her parents recognized her potential and arranged for her to begin training with Rick Macci in Broward County, Florida.  She has also worked with Nick Bollettieri.

She forego the scholarship offer from the University of Miami and turned professional in 2017.

How is Sofia Kenin's career?

Sofia Kenin achieved success from her junior career, where she reached career-high of World No. 2 in ITF junior rankings.

She made her junior Grand Slam debut in 2014.

She represented and won the United States at the Junior Fed Cup in 2014.

She won the Grade 1 tournament, USTA International Spring Championships in 2015.

She won the USTA Girls 18s National Championship defeating the No. 1 seed Black in the final.

She competed at the 2015 US Open after receiving a wild card from winning the USTA junior national championship.

She reached a career-high ranking of No. 2. 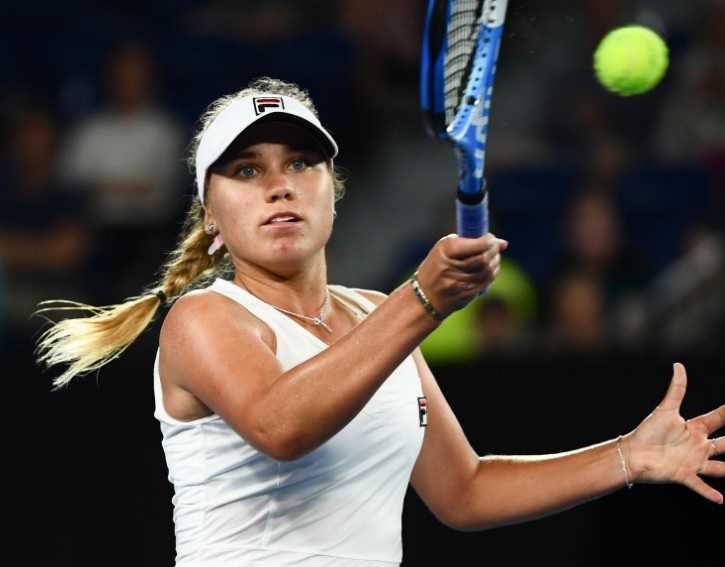 She turned professional in 2017.

She had already won her first two professional matches at the age of 14.

She won her first two ITF titles, a $25k event in Wesley Chapel in Florida and a $50k event in Sacramento in California.

She advanced beyond the first round of the 2017 US Open. She lost in the third round.

She then turned professional in September 2017.

She reached her first WTA semifinal at the 2018 Mallorca Open, where she defeated top seed and world No. 6, Caroline Garcia. Garcia was her first career top-ten victory.

She won the ITF $60K title at the Berkeley Tennis Club Challenge in 2018.

She reached the semifinal at the 2018 US Open.

She reached her first Grand Slam semifinal at the 2020 Australian Open.

Who is Sofia Kenin Dating?

Kenin is unmarried. She is young to get married. She is focused on her professional tennis career. She is reportedly single. She has kept her personal life away from the limelight. No rumors about her affair have come to surface. Any development in her relationship status will be updated soon.

What is Sofia Kenin net worth?

Sofia Kenin earns from her professional tennis career. As of December 2019, she has won $2,959,382 prize money from her appearances in various tournaments. Her other income comes from endorsements. Her net worth will be updated soon.

How tall is Sofia Kenin?

Sofia Kenin stands at a height of 1.7 m i.e. 5 feet and 7 inches tall. She has a well-maintained body figure. She has a slim body build. She has a fair complexion with brown hair and blue eyes.