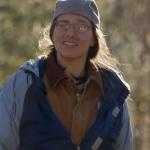 Talicia Harte is an American personality, who is the daughter of Discovery Channel's popular reality show, The Last Alaskans star Bob Harte. She encountered a serious car accident leading her to endure disability.

Talicia Harte was born in 1984. She was born to Bob Harte and Nancy Harte. She was born in the United States. She holds American nationality. She is the only child of her parents. Her horoscope is Pisces and she belongs to white ethnicity. She was raised in the remote Arctic National Wildlife Refuge. His father was a star on Discovery Channel's 'The Last Alaskans', who died of long term battle with cancer on 22 July 2017. Information regarding her educational background is currently unavailable.

Talicia Harte suffered a horrific car accident when she was 22 years old. The accident almost killed her. Fairbanks Daily reported in May 2006 that she had been recovering.

Her father, Bob Harte later spoke about his daughters' accident. He revealed that his daughter endured a lifetime disability.

He stated in a video that a guy driving his vehicle and talking on his cell phone crashed into Talicia's vehicle. She survived the accident but endured a disability.

He said, "My daughter is a lot like me. She is a survivor. She's tough as nails. Talicia was a very active young woman but then she had an accident".

Following her father's death, The Last Alaskans featured his daughter and estranged wife on the show, where they visited Bob's cabin to spread his ashes around the area according to his wish.

The executive producer of the show, Michael Gara confirmed that the show will focus on Talicia after the death of their star.

Her parents were divorced but had a good relationship with each other.

Net Worth of Talicia Harte

Her net worth is estimated in between 20 and 50 thousand dollars.