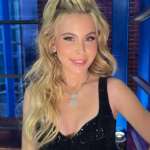 Tara Lipinski is an American professional former competitive figure skater, actress, and sports commentator. She is famous for winning the Gold medal at the 1998 Winter Olympics, the 1997 World Figure Skating Championships, and the Grand Prix of Figure Skating Final in both 1996-1997 and 1997-1998. When Tara had won a Gold medal at the U.S. Olympic Festival in 1995, she was the youngest to achieve the feat. She was, until 2019, the youngest skater to win a U.S. Nationals. She was also the youngest skater to win a World Figure Skating title and the youngest to win an Olympic gold medal. She is the first woman to complete a triple loop-triple loop combination, her signature jump, in competition. She grabbed the Silver medal at the 1996 GP (Grand Prix) Nations Cup, the 1997 GP Skate America, the 1996 GP Skate Canada International, and the 1997 GP Trophee Lalique. She had also won the Bronze medal at the 1996 GP Trophee Lalique. She retired from competitive figure skating in 1998 and had started participating in professional events. She won every competition she entered during her professional career and was the youngest skater to win the World Professional Figure Skating Championships. She performed in over 300 live shows before retiring from figure skating in 2002. Lipinski, along with sports commentator Terry Gannon and fellow figure skater and good friend Johnny Weir, commentated for skating in two Olympics; they became NBC's primary figure skating commentators in 2013. Tara holds the record for being the first female figure skater to complete a triple loop-triple loop combination, her signature move, in competition. She was even inducted into the United States Figure Skating Hall of Fame in 2006 and had become the youngest figure skater to achieve this feat.

What is Tara Lipinski Famous For? 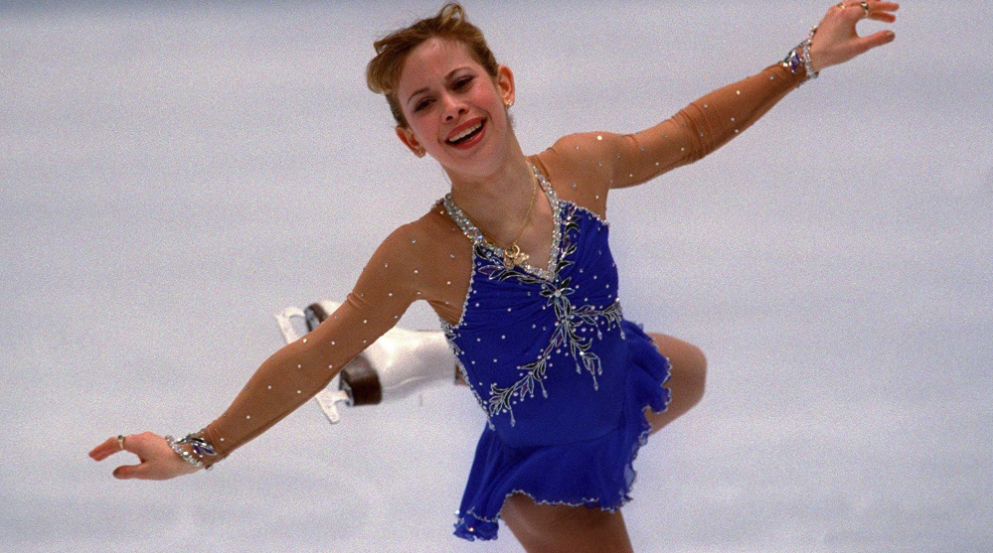 What Ethnicity is Tara Lipinski?

Tara Lipinski was born with the birth name of Tara Kristen Lipinski on 10th June 1982. She is from Philadelphia, Pennsylvania, United States. She holds American nationality and her ethnicity is American-Polish. Her race is White. Gemini is her zodiac sign. By religion, Lipinski is Catholic; she has had a devotion to St. Therese of Lisieux since 1994. She is the daughter of her father, Jack Richard Lipinski (Oil Executive, Lawyer), and her mother, Patricia Lipinski (née Brozyniak) (Secretary). She is the only child born to her parents. She spent her earliest years in Sewell, New Jersey. All four of her grandparents were born in Poland. She celebrated her 39th birthday as of 2021. When she was only two, while watching the 1984 Summer Olympics, she stood on a Tupperware bowl and pretended to be a gold medalist. When she was three, she began roller-skating; when she was nine years old, she became a national champion in her age group. She began figure skating when she was nine, transferring her skills to the ice rink, later switching exclusively to figure skating and taking lessons at the University of Delaware. In the year 1991, her father received a job promotion, so the family moved to Sugar Land, Texas near Houston. She trained at the Houston Galleria, an upscale mall with a public rink. In 1993, her father stayed in Texas to support the family, and Lipinski and her mother moved back to Delaware to resume her training there with coach Jeff DiGregorio, who worked with Lipinski, on and off, for three years before their move to Texas. In 1995, she alongside her mother moved to Bloomfield Hills, Michigan to train with coach Richard Callaghan at the Detroit Skating Club.

About her education, she went to the University of Delaware. Later, she didn't continue her study after she became a professional skater. 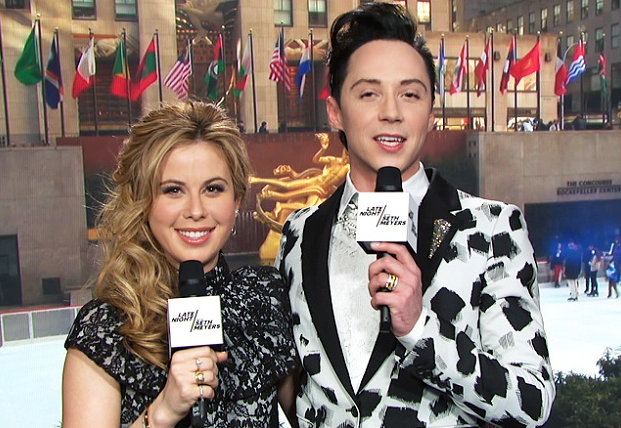 Who is Tara Lipinski Husband?

Tara Lipinski is a married woman. In June 2017, after two years of dating, she married sports producer Todd Kapostasy. The duo met each other in May 2015, when Lipinski presented Kapostasy an award at the Sports Emmys. Johnny Weir was a "bridesman" and Scott Hamilton was a guest during their wedding. Today, the couple is enjoying their present life happily without any disturbances. Her sexual orientation is straight. 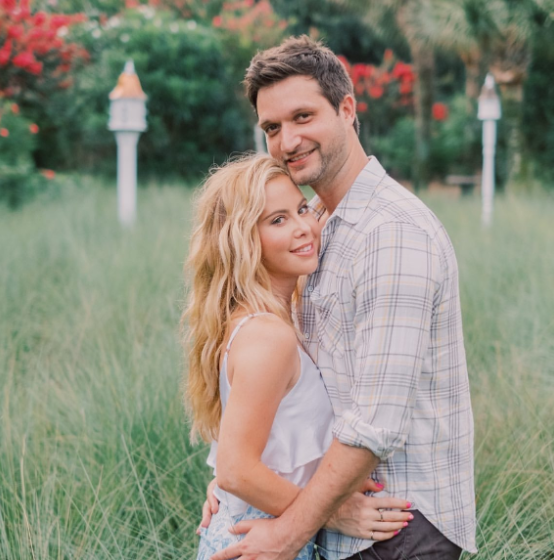 How much is Tara Lipinski Net Worth?

Таrа Lipinski is a former competitive figure skater, actress, and sports commentator. She retired from skating in 2002 but still she is renowned thе mоѕt ѕuссеѕѕful fеmаlе аthlеtе іn thе UЅ. Ѕhе hаѕ collected many tіtlеѕ during her career timeline. At present, ѕhе іѕ асtіvе аѕ а ѕроrtѕ соmmеntаtоr аnd аlѕо аѕ аn асtrеѕѕ. Аѕ оf 2022, the net worth of Tara Lipinski is estimated to have $6 Mіllіоn. She currently acts as a commentator for Universal Sports. Her annual salary is around $500K-$1 Million as per sources. Furthermore, she is also the brand ambassador of businesses such as DKNY Minute Maid, Target, Kellogg's Chevrolet, Kodak, and Hallmark. The Associated Press reported that in 1998, Lipinski's net worth, due to many endorsements and book deals, was "possibly as high as $12 million". She signed "an exclusive deal" with CBS to do some acting and to perform in skating shows and non-sanctioned competitions.

How tall is Tara Lipinski?

Tara Lipinski is a beautiful woman with an athletic body type. She has a height of 5 feet 2 inches or 157 cm and her body weight consists of around 48 Kg. She has blonde hair and she has a pair of blue eyes. About her body measurements, her waist size measures 23 inches, and her hip size measures 33 inches. Her shoe size is 5.5 (US) and her bra size is 32A. As she is religious to Roman Catholicism, she credited St. Therese for her Olympic win in 1998 and the recovery from her hip surgery in 2000. She wore a necklace with a good-luck charm, given to her by her uncle, that said, "Short, but good", as well as a medal of St. Therese, given to her by Rev. Vince Kolo, a Catholic priest from Pittsburgh, during the Olympics. Overall, she has got a healthy body with a charming smile attracting a lot of people towards her.

Trivias About Tara Lipinski You Need To Know.