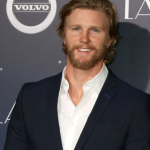 Thaddeus Rowe Luckinbill is an American actor and producer who is best known as Thad Luckinbill. He is well recognized for playing the role of J.T. Hellstrom on the CBS soap opera "The Young and the Restless". He also enjoys playing volleyball, surfing, boxing, and going to the gym as he occasionally plays for the Hollywood Knights basketball team. Thad also started a production company called Black Label Media with his twin brother Trent, and producer Molly Smith in 2013. Additionally, he will be producing the upcoming film, "Reptile". As well, Luckinbill is active on social media as he has earned more than 25.2K followers on his Instagram account.

Where is Thad Luckinbill from?

Thad Luckinbill opened his eyes for the very first time on 24th April 1975 in Enid, Oklahoma, U.S. He was born with the real name of  Thaddeus Rowe Luckinbill in a Christian religious family. Thad's nationality is American and his ethnicity is American-white. He has celebrated his 47th birthday in 2022 and as per his birthdate, his star sign is Taurus. Thus, his race is white. He is the son of his father, Dennis Luckinbill, and his mother, Anna Sue Luckinbill. He also has an identical twin brother named Trent, who is 12 minutes his junior. Trent is a lawyer who lives in Los Angeles.
Moving to Thad's education, he majored in business finance at the University of Oklahoma.

Who is Thad Luckinbill married to?

Thad Luckinbill is a married guy. He exchanged vows with "Young and the Restless" co-star Amelia Heinle in March 2007 while their characters were also married on the show. Thad is stepfather to Heinle's son named August, from her previous marriage to Michael Weatherly. The pair's first child together, a son, Thaddeus Rowe, was born on 2nd November 2007, and their second child, a daughter, Georgia March, was born on 17th December 2009. Later Luckinbill filed for divorce from Heinle on 1st March 2017, citing "irreconcilable differences". But, as of late 2019, they are not divorced. Concerning Thad's sexual orientation, he is straight. 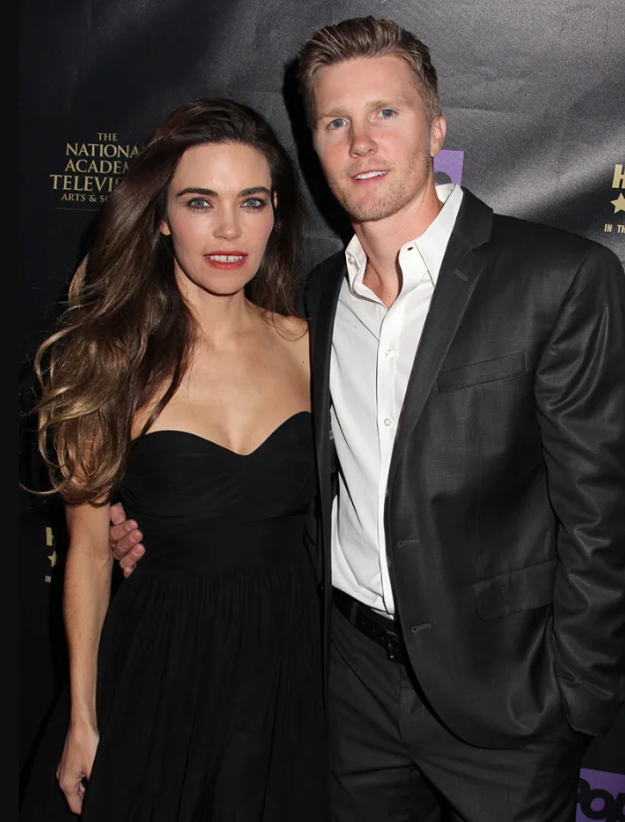 Who is Amelia Heinle, The young and the restless

What is Thad Luckinbill's net worth?

Thad Luckinbill has a net worth of $3 million as of 2022 whereas he has also a handsome amount of salary which is around thousands of dollars per year. He has accomplished heights in his career and he's living an American dream. Thad has the access to all the world's luxury and comfort. In addition, his major source of income is his acting and producing career and he is sincere in his work. But, he is doing all the hard work in order to build a secure financial status for himself and his family.

How tall is Thad Luckinbill?

Thad Luckinbill is 6 feet 1 inch tall and his body weighs around 68 kg. He has good-looking blonde hair and dark brown eyes color. His ethical background is probably one of the reasons for his bold and extremely attractive personality. His body build type is average.

Trivias About Thad Luckinbill You Need To Know.