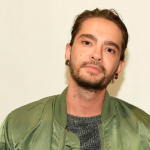 Tom Kaulitz is a German musician who is a guitarist of the band, Tokio Hotel. Their debut album is named Schrei which was released in 2005 which sold over half a million copies.

On 24th December 2018, Tom proposed to his girlfriend Heidi Klum and she said yes. Heidi took to Instagram where she announced their engagement by posting an ecstatic photo and captioned it ‘I SAID YES’

Read More:  Who is Heidi Klum get engaged to Musician Tom Kaulitz?

Tom Kaulitz was born as Tom Kaulitz-Trumper in Leipzig, German. He grew up with his twin brother Bill Kaulitz who was born 10 minutes after his birth. They used to live in Hamburg but later on moved to Los Angeles.

He was born to mother Simone Kaulitz Charlotte and father Jörg Kaulitz. When the twins were six years old, the parents separated. Three years later, the brothers and their mother moved from Magdeburg to their stepfather, the musician Gordon Trümper, to Loitsche. As children, Tom and Bill Kaulitz were crazy about you in the Radio Bremen production.

talking about his education, he attended the Elector Joachim Friedrich High School in Wolmirstedt which he left in 2006 due to their musical career without a degree. In the spring of 2008, He took the secondary school certificate at an internet school. In April 2009, He was honored with the Youth Prize for Distance Learning his “exemplary school achievements.”

Tom Kaulitz is professionally a guitarist, producer, and songwriter who is the lead guitarist of the German rock band Tokio Hotel. The band was formed in 2001 and includes himself, his brother Bill Kaulitz, George Listing and Gustav Schafer.

Kaulitz is the guitarist, Listing handles the bass guitar, Schafer is on the drums and his brother Bill is the lead singer. They gained a lot of success in the music industry delivering some cool songs. In their career, they have sold over 10 million CDs worldwide.

Their first album, Schrei was released on Universal Music Germany, a global music corporation in the year 2005 which sold over half a million copies. Later on, the band released albums namely Zimmer 483, Humanoid, Kings of Suburbia and their latest Dream Machine was released in 2017. Their success in the music industry led them to win around 110 awards so far.

Tom Kaulitz is in a relationship with Victoria secret's supermodel Heidi Klum. The couple first met at the show Germany's Next Top Model. After their first meet, they came close and felt connected eventually falling in love with each other. 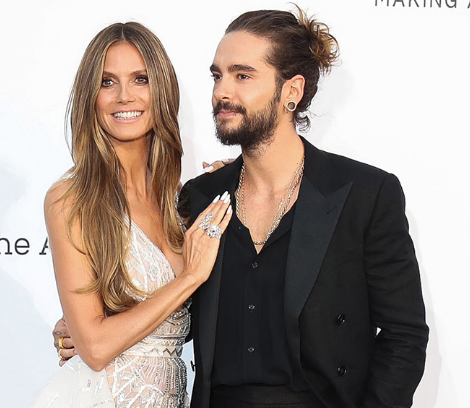 Before relationship with Klum, he was a married person. He married Miss Philippines Germany 2004 Ria Sommerfeld in 2015 after 04 years of relationships. In the same year, the two announced their separation and intent to divorce. Their divorce was finalized in 2018 due to maintenance disputes. currently, he was happy with Klum.

Tom Kaulitz is estimated to have a net worth of $25 million which he earned from his huge career as a musician.

Tom Kaulitz has an average height of 6 feet 2 inches and his weight is around 87 kg. Additionally, he has a pair of black eyes and black hair. Similarly, There is no information about his dress and shoe size.