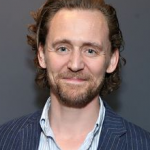 Thomas William Hiddleston famed as Tom Hiddleston is an English actor, producer, and musician. He appeared in West End theatre productions of Cymbeline (2007) and Ivanov (2008) at the beginning of his career. He won the Laurence Olivier Award for Best Newcomer in a Play for his role in Cymbeline and was also nominated for the same award for his role as Cassio in Othello (2008). He also starred as the title character in a production of Coriolanus (2013-2014) winning the Evening Standard Theatre Award for Best Actor and receiving a nomination for the Laurence Olivier Award for Best Actor. He is best known for portraying the role of Loki in the Marvel Cinematic Universe movies Thor (2011), The Avengers (2012), Thor: The Dark World (2013), and Thor: Ragnarok (2017). His role in The Avengers earned him the 2013 MTV Movie Awards for Best Fight and Best Villain. He has also appeared in Steven Spielberg’s War Horse (2011), The Deep Blue Sea (2011), and the romantic comedy Midnight in Paris (2011). Overall, he is a very talented actor.

Tom Hiddleston is bringing back the Marvel villain you love to hate. During Marvel’s big Comic-Con 2019 panel, the actor surprised the thousands of fans gathered in Hall H to reveal the long-awaited first details about what version of Loki he’ll be playing in his upcoming standalone Disney+ streaming series, including that the title will simply be: Loki. Hiddleston joked to the cheering crowd. “So he’s still that guy. And just about the last thing that happened to him was he got Hulk-smashed. So there’s a lot of psychological evolution that is still yet to happen. Kevin [Feige] has generally shown me what his plans are. I can’t tell you any of them, but it is one of the most exciting creative opportunities I think I’ve ever come across. This is new territory, a new world, new challenges, and I cannot wait to get started.” Hiddleston was joined onstage by Feige during the panel and they both emphasized that the Loki in the streaming series is not the Loki who grew and changed for the better and who ultimately sacrificed his own life in a heroic move to try to stop Thanos in Thor: Ragnarok. This is still an Avengers-era Loki, aka the manipulative, selfish and evil villain. Loki, set to begin streaming in spring of 2021, will also answer the question of what happened after he grabbed the Tesseract during the botched time heist in Avengers: Endgame.

Tom Hiddleston was born on 9th February 1981. His birth name is Thomas William Hiddleston in Westminster, London, England, UK. He is of British nationality and is of English, Welsh, German, and Scottish ethnicity. He is the son of Diana Patricia Hiddleston, an arts administrator and former stage manager, and James Norman Hiddleston, a physical chemist. His parents divorced when he was 12 years old. His younger sister Emma is also an actress and his older sister Sarah is a journalist in India. He was raised in Wimbledon in his early years and later moved to a Cotswold village near Oxford. He attended the Dragon School, a preparatory school in Oxford. At the age of 13, he began boarding at Eton College. He continued on to Pembroke College at the University of Cambridge, where he earned a double first in Classics. After that, he attended the Royal Academy of Dramatic Art to study acting, from which he graduated in 2005. His religion is Christian. As of 2019, he celebrated his 38th birthday.

Tom Hiddleston is a very handsome actor with blue eyes and dark brown hair color. He has a height of 6 feet 2 inches. His body weighs 79 kg. His body measures 43 inches for chest size, 33 inches for waist size and 14 inches for bicep size. His shoe size is 11 US. His other body measurements will be added soon.

Net Worth of Tom Hiddleston

Tom Hiddleston is a very successful actor in his career. Throughout his successful acting career, he has accumulated a net worth of 20 million dollars but his salary is unknown. There is no doubt in the mind of his follower that he is earning a considerable amount of salary from his present work. He is satisfied with his earnings.

Tom Hiddleston is an unmarried actor but he has been in a number of relationships in previously. He dated the beautiful actress Kat Dennings for several months. He began dating Kat back in 2010 and they broke up later that year. He has also been in a relationship with Jane Arthy in the year 2013. In 2015, he dated actress Elizabeth Olsen. His relationship with Jane was also proved to be a short-term affair. The couple broke up later the same year. After that, he began dating the famous American singer Taylor Swift in 2016. The couple was together for a few months in 2016. Since then, he has not been in any relationships until now. As of today, he is assumed to be single as of today.