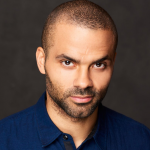 What is Tony Parker know for?

Tony Parker announces his retirement after 18 seasons in the NBA

Former San Antonio Spurs guard Tony Parker announced his retirement Monday after 18 seasons in the NBA. He originally had planned to retire after 20 years. "If I can't be Tony Parker anymore and I can't play for a championship, I don't want to play basketball anymore," he told ESPN's The Undefeated.

Parker is a six-time All-Star who spent the 2018-19 season with the Charlotte Hornets. He played in more than 1,200 games and ended his career with an average of 15.5 points per game.

Parker spent his whole career with the Spurs, except his final season. He told The Undefeated he still felt like he could play two more years, he's healthy but he simply didn't see the reason for it. He didn't think Charlotte could win a championship, even with his help. "And if I don't play for a championship, I feel like, why are we playing?" he said.

Outside of the NBA, Parker is president of ASVEL Basket, a French basketball team based in Lyon. He has owned the team since 2014 and will stay involved during his retirement.

Who are the parents of Tony Parker?

Back to his early life, Tony Parker was born in Bruges, Belgium as William Anthony Parker Jr. and raised in France. Currently, he is 37 years old. His father Tony Parker Sr. too was a professional basketball player and his mother Pamela Firestone, is a Dutch model. He has two younger brothers T.J. and Pierre. Watching the global fame of Michael Jordan, Tony got inspired to play basketball.

Tony Parker studied at the INCEP, Paris which is the national institute of sport, expertise, and performance at France that trains elite athletes. His college detail is unknown. Obviously, at INCEP, Tony furnished his basketball skills and prepared him for the future ahead.

Further, Tony belongs to the nationality of French and his ethnicity is French-English. his sun sign is Taurus.

When did Tony Parker pursue his basketball career?

Is Tony Parker married? Who is Tony's wife?

Reflecting his personal life, Parker has married twice in his life. Firstly, he married Eva Longoria in the year 2007. The marriage was not a success and eventually, the couple separated in 2011. Similarly, in the year 2014,  Tony married again to French journalist Axelle Francine in San Antonio Texas.

The couple shared two sons named Josh and Liam. The duo is happily married to the present days and there is no sign of their separation or extramarital affairs.

Further, Parker was criticized in France for a picture that was with comedian Dieudonne M’bala M’bala. In that picture, Tony is seen in a gesture generally known as quenelle in France. Moreover, that gesture symbolizes anti-Semitism in France and gathered a lot of public criticism against this NBA Star.

How much net worth does Tony Parker own?

Apart from that, Parker’s financial earnings, his personal assets includes a Home in Charlotte, North Carolina. There he is living a lavish lifestyle in a luxurious way.

Furthermore, he has his own various supercars which are still unknown. He earns a good amount of money from various sponsorships. His salaries and net worth are enough for him to maintain a standard living. In his upcoming years, he will double his net worth.

How tall is Tony Parker?

Observing his body statistics, Tony Parker is 6 feet 2 inches tall and weighs 84 Kilos. He’s got 39 inches Chest, 34 inches waist, and 14 inches biceps. He wears shoe size 11 (US). The color of his hair is black and that of the eye is black too.

Trivias About Tony Parker You Need To Know.