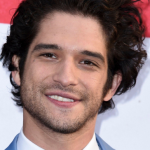 One of the teen television heartthrobs, Tyler Posey has warmed his way into the hearts of many with his amazing talents for over a decade. from a superstar teen actor to a grown man, he has several impressive acting credits under his belt.

An interesting personality, He began earning big paychecks for himself from an early age of 6, made his big-screen debut at about age 9, and his first dating attempt at 12. Let's know more about him through this article.

What is Tyler Posey known for?

When was Tyler Posey born?

Recalling his early life, Tyler was born as Tyler Garcia Posey in Santa Monica, California, United States. He is an American by nationality and he is of mixed ethnicity.

He grew up in Santa Clarita, California with his family. He is the son of a famous American actor and writer, John Posey and Cyndi Terese Garcia. He has three siblings named Jesse Posey, Derek Posey, and Mayra Posey. His father is of Irish-English heritage and his mother was of Mexican descent. His mother died of breast cancer in Dember 2014.

Where is Tyler Posey educated?

Concerning his education details, Tyler was educated at William S. Hart High School. He learned training with acting trainers, Steven Anderson and Todd Thaler. He as interested in acting since his early childhood and he performed on stage several times with his father.

How Tyler Posey become a part of the Film industry?

Who is Tyler Posey dating?

Reflecting on her personal life, Tyler has had an interesting dating history. He was first involved with his childhood sweetheart and makeup artist Seana Gorlick. The duo began dating when he was only 12 years and in July 2013, he took the relationship a step further by proposing to Gorlick.

However, the actor shocked his fans a few months later when in 2014, news emerged that he engagement had been called off with none of the parties explaining the reason for their split.

But that was just one of many more romantic relationships for the Teen Wolf actor including some with his high profile colleagues. In 2016, he dated actress Bella Thorne and the next year, he was romantically linked to actress Sophia Taylor.

He is also known to have dated singer/actress Miley Cyrus and actress Mackenzie Rosman. However, all these relationships have ended in breakups as the actor may currently be single and searching for love again.

How much is Tyler Posey's net worth?

Being an actor and musician, Tyler earns a decent amount of money and fame through his profession in the feild of the entertainment industry. Based on some online sites, his estimated net worth said to be $8 million at present. However, his salary and assets details are yet to disclosed.

What is Tyler Posey's body measurement?

Observing his body statistics, Tyler stands a height of 5 feet 10 inches and weighs around 72 Kg. Similarly, he has an athletic body with dark brown eyes and black hair color. Further, his chest size is 44 inches and his waist size is 34 inches.

Trivias About Tyler Posey You Need To Know.