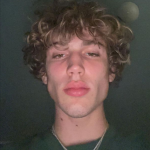 Vinnie Hacker is an American social media personality, model, and YouTuber. He is one of the most liked and popular Tik Tok stars. As Tik Tok star, he is a member of The University of Diversity, Sway Gaming, and Hype House. He’s also an entrepreneur and amateur boxer.

Vinnie Hacker established himself as a major TikTok personality back in 2020 and has since gained 13 million followers on the video-sharing platform, just over 5 million on Instagram, and roughly 722.4K on Twitter. He's also active on the gaming platform @Twitch and has 725K followers.

How did Vinnie Hacker get famous?

What is Vinnie Hacker's ethnicity?

Vinnie Hacker was born on 14th July 2002 in Seattle, Washington state, the U.S. His birth name is Vincent Cole Hacker. He holds an American nationality and belongs to the white ethnicity. His birth sign is Cancer. He was raised Catholic and is still practicing the religion.

Vinnie was born into a middle-class family. His father Nate Hacker is an electrician while his mother Maria Hacker works as a 911 dispatcher. He grew up in his hometown Seattle along with his younger brother, Reggie Hacker. Just like him, Reggie is also active on social media and has a significant number of followers.

Vinnie attended the O'Dea High School, a Catholic high school located in Seattle. O'Dea is the #1 sports school in Washington and one of the top 170 sports schools in the nation.

Who is Vinnie Hacker dating?

Vinnie Hacker is currently single. Back in November 2020, Hacker was rumored to be dating fellow TikTok star, Faith Ordway. However, after Hacker and Ordway posted a TikTok on Hacker’s page, Ordway received hate comments on her page mostly from Hacker’s fans for using racial slurs and other offensive language on her past social media posts. It is believed that the duo's relationship also ended from that moment.

In December of 2020, Hacker posted a TikTok featuring Nailea Devora, a fellow YouTuber, TikToker, and Instagram influence fans thought might be his next girlfriend. In the video, Hacker was in the front seat of a car singing "Dead to Me" by Kali Uchis, while Devora sits in the back seat, lip-syncing the song as well. But in an interview, Vinnie confirmed that they were just friends.

What is Vinnie Hacker's net worth?

As of February 2022, the net worth of Vinnie Hacker is estimated to be US $2 million. He has accumulated his fortune through his multiple careers as a model, Tik Toker, and a Youtuber. As a model, he earns an average salary of around $50,000 annually.

What is Vinnie Hacker's height?

Vinnie Hacker is 5 ft 11.5 inches tall and his body weight is around 71 Kg. He has an Athletic build body. He has a perfect build toned body like that of a fitness trainer. He has managed to obtain such a body through his physical fitness and exercises including gym and yogas.

He has a pair of unique Hazel-colored eyes. He looks handsome and cool in his curly hairstyle that is blonde in color. He likes to keep his face neat and clean and prefers daily shaving. Due to his cute looks and cool body he has more female followers. He wears 11 (US) size shoes.

Trivias About Vinnie Hacker You Need To Know.