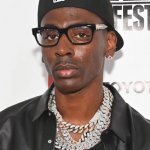 Young Dolph was an American rapper by profession who rose to fame after releasing his debut studio album "King of Memphis" under his own record label Paper Route Empire. It consisted of 11 tracks - Facts, F*ck It, Royalty, Both Ways, USA, How Could, On My Way, Let Me See It, It’s Goin’ Down, Real Life, and Get Paid, which was the most prominent song, and the only single for the album, released a week before the album itself. The album peaked at the 49th spot on the US Billboard 200 chart that year. He was also featured on O.T. Genasis' hit single "Cut It", which peaked at number 35 on the Billboard Hot 100. His seventh album, "Rich Slave", was released in 2020 and became his highest-charting project, debuting at number four on the Billboard 200. He was also renowned with the other name 'Dolph Gabbana'. Sadly, he took his last breathe on 17th November 2021 and his death cause was a gunshot.

Rapper Young Dolph Shot and Killed At 36 in Memphis

Young Dolph, a star of indie rap and a cousin of the late artist Juice Wrld, died in a fatal shooting in Memphis, Tennessee, on Wednesday at the age of 36, according to Memphis Police Chief Cerelyn "CJ" Davis. The rapper, whose real name is Adolph Robert Thornton, Jr., was reportedly buying cookies at Makeda's Homemade Butter Cookies in Memphis at about 1 PM when someone drove up and shot him. "This shooting is another example of the senseless gun violence we are experiencing locally and nationwide. Our hearts go out to the Thornton family and all who are affected by this horrific act of violence," Davis said. No suspect information is available at this time, according to Davis.  As the investigation continues, police have encouraged Memphis citizens to stay calm. "Tonight we strongly encourage everyone to stay home if you do not have to be out," Davis said at a press conference Wednesday. "We also strongly encourage everyone to remain calm as we actively perform our investigation." The Memphis Police Department is providing an increased presence in areas of the city that might be directly impacted by the shooting, the chief said. This includes any location that might be affiliated with Young Dolph and anyone that has a connection or police think could potentially have a connection to him, according to Davis. Davis said investigators are still speaking with witnesses and are checking surveillance and security cameras in the area. "We are committed to working with the community to stop the senseless murders," Davis said. "We're also dedicated to bringing those responsible for today's shooting and others to justice." Memphis Mayor Jim Strickland tweeted Young Dolph's death "serves as another reminder of the pain that violent crime brings with it. My thoughts and prayers are with his family and friends." Back in 2017, he was nearly killed in a shooting incident in Hollywood. He spent weeks hospitalized after sustaining three gunshot wounds. "I've been targeted since I was 17, 18, 19," Young Dolph told The Guardian about the incident in a 2018 interview. "I just knew that I was good." He added that he wasn't "a person that lives in fear." Following the news of his death, fellow artists and fans paid tributes to Young Dolph. "God bless Dolph 🕊 independent Memphis rapper born in Chicago. loved by millions of ppl," Chance the Rapper tweeted. "Always showed love every time I seen him this is tragic God bless his family man." "R.I.P. to my friend Dolph. this broke my heart," wrote Gucci Mane.

What was Young Dolph Death Cause?

Young Dolph was fatally shot on 17th November 2021, while picking up cookies for his mother at Makeda's Cookies, a cookie shop in Memphis that he frequented; police said that an unidentified gunman entered the store and shot twice. Crowds of hundreds of people swarmed the scene of his death for hours and police had to prevent individuals from entering the area while they investigated. Tennessee House Representative London Lamar and Memphis councilman JB Smiley reacted by calling for a curfew to be established in Memphis to prevent civil unrest and violence. He dies at 36. 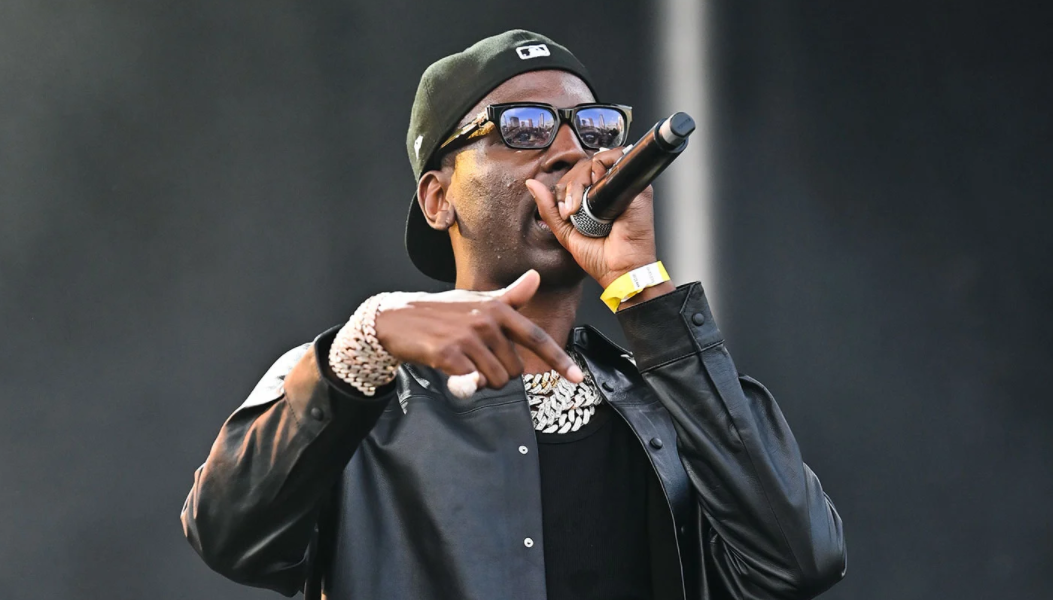 What is Young Dolph Famous For?

What was Young Dolph Real Name?

Young Dolph's real name was Adolph Robert Thornton, Jr. His birthdate was the 27th of July in 1985. He was from Chicago, Illinois, the USA. Whereas Dolph said that he was from in South Memphis. He was American by nationality and he came from African-American ethnic background. Lastly, he celebrated his 36th birthday. His family moved to Memphis, Tennessee, when he was 2 years old. He grew up with four siblings; two sisters and two brothers. He was cousins with rapper Juice Wrld. He was raised by her grandmother as his parents experienced addictions to crack cocaine and he would only see them every few weeks as a child. He described initially recognizing his grandmother as "the meanest motherfucker in the world", explaining "I didn't get that shit at the time. ... All the shit she was telling you, you get to seeing that shit when you hit about 15" saying that when he approached that age he began utilizing her teachings throughout his life to be more independent. Whereas his grandmother did not allow him to have friends visit their home but on occasion let homeless friends stay with the family. His grandmother died of lung cancer in 2008. He had a near-death experience the same year his grandmother died (2008) when he got into a nasty car crash. Both of these incidents were what inspired Young Dolph to start rapping as a form of an emotional release. Pisces was his Zodiac sign and he was Christianity by religion. 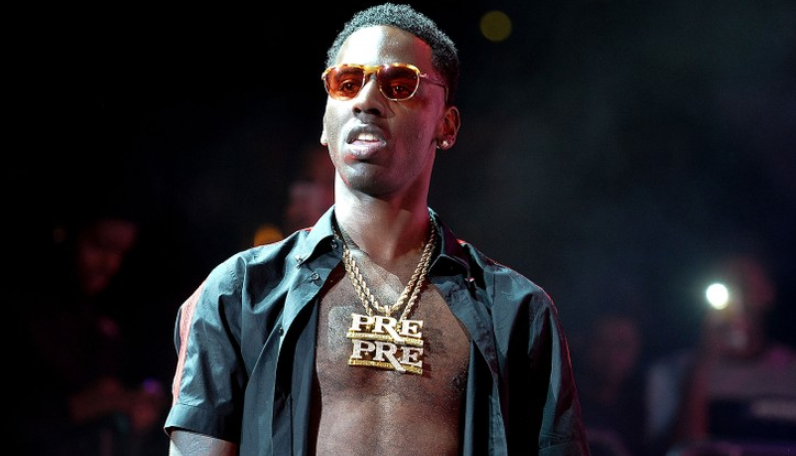 Young Dolph Personal Life: Who was he in a relationship with?

Young Dolph was an unmarried man till the last moment of his breath. Thus, he had no wife. However, he was in a relationship. He was dating his beautiful partner, Mia Jaye with whom he had two children, namely Tre Tre and Ari. He said that he was somewhat strict with his parenting due to his upbringing with his grandmother. Before his demise, the duo was enjoying their present life happily without any disturbances. His sexual orientation was straight and he was not gay. the family was residing in Memphis, Tennessee, United States. 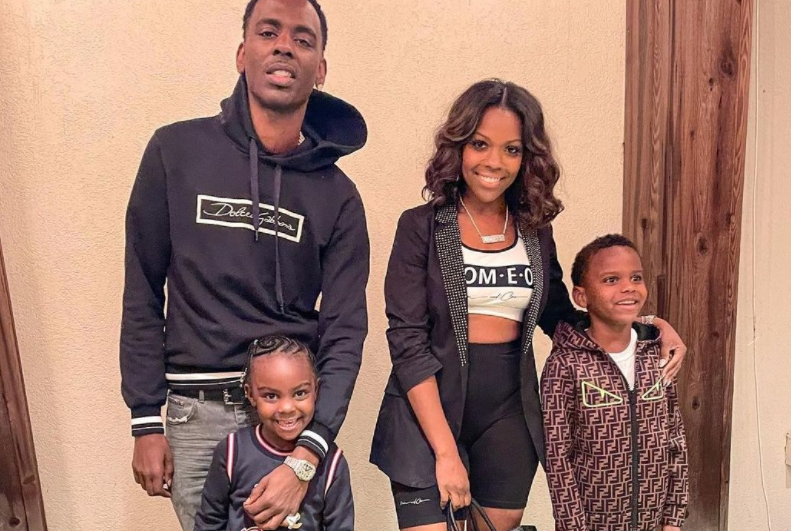 Young Dolph was a very talented and successful rapper whose net worth was estimated to be $3 Million at the time of his death. He made a huge fortune from his music career releasing many albums, songs, and singles. He is also said to own the label company Paper Route Empire (PRE), into which artists Key Glock and Big Mocochie have signed. He had endorsed his own clothing and accessories brand, Paper Route Empire (PRE). Back in 2018, he made headlines for shelling out $20,000 to two baristas, who were fired from a coffee shop at Duke University for playing his music "Get Paid". His main source of wealth was from the music industry. He offered his Lambhorgini as the grand prize, which he personally delivered to the 23-year-old winner Jack Davila from Dallas, Texas. Details regarding his career earnings, annual salary, and more have not been revealed yet and it is still a mystery. He was living a cool lifestyle before his death.

How tall was Young Dolph?

Young Dolph was a handsome and cool rapper whose body type was slim. He stood at the tall and perfect height of 6 ft 3 in or 190.5 cm. His balanced bodyweight consisted of 78 kg or 172 lbs. He had a pair of dark brown eyes and his hair color was black. He had fuller lips with short afro hair and goatee facial hair. He often wore excessive jewelry.

Trivias About Young Dolph You Need To Know.