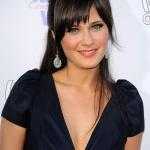 Zooey Deschanel is an American actress, model, and singer-songwriter who is best known for her deadpan roles in comedy films including "The Good Girl", "The New Guy", "Yes Man" and "Failure To Launch". Deschanel also played the role of Jessica Day on the Fox sitcom titled "New Girl" for 7 long years. Deschanel is also a co-founder of the female-focused website, "HelloGiggles".

Who is Zooey Deschanel Dating Now?

What is Zooey Deschanel Famous for? 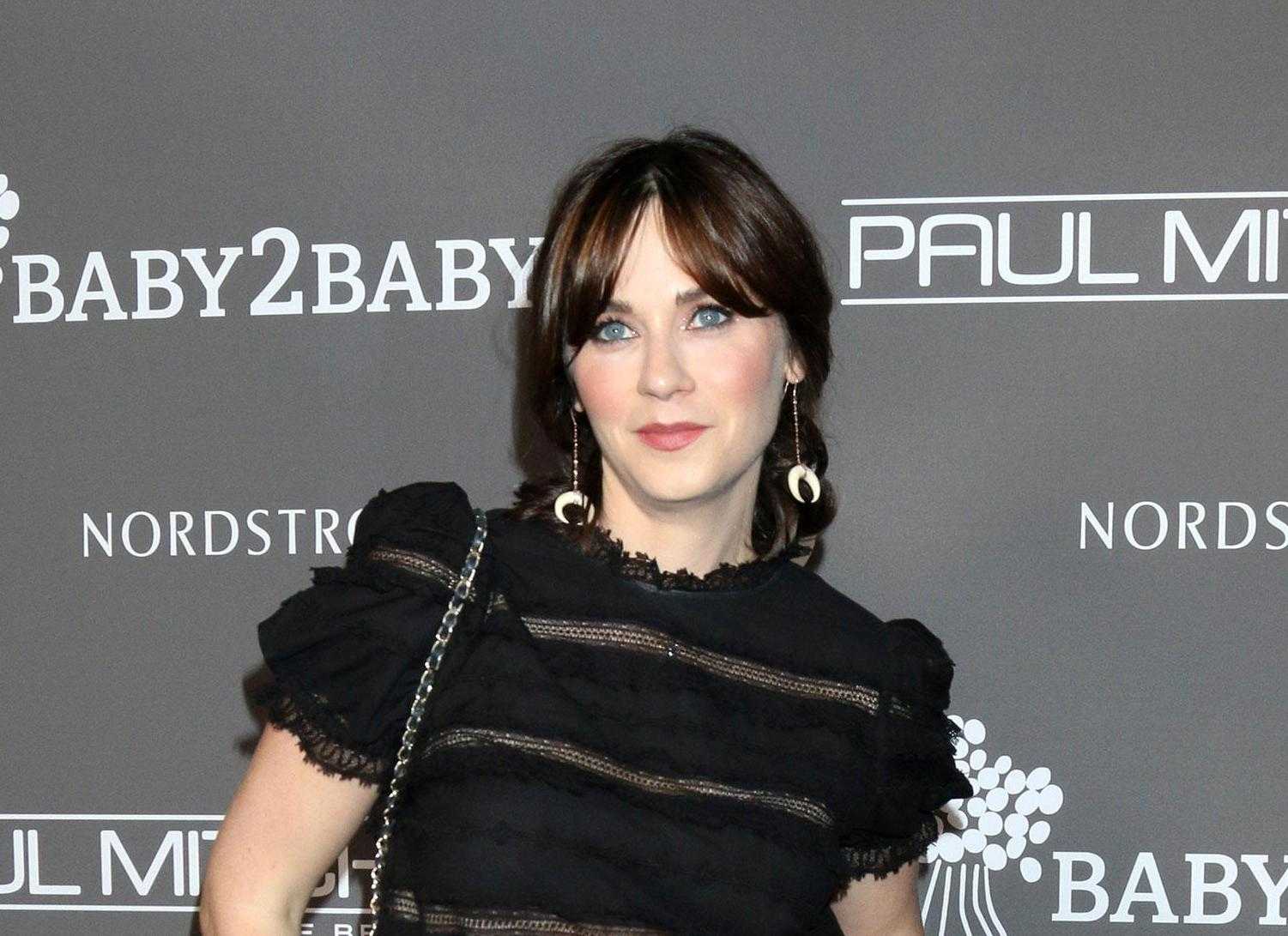 When and Where was Zooey Deschanel Born?

Zooey Deschanel was born on January 17, 1980, in Los Angeles, California, United States. Her birth name is Zooey Claire Deschanel. Her nationality is American. Zooey belongs to White ethnicity with Swiss, Dutch, English, Irish and French as her ancestry. Capricon is her zodiac sign.

Zooey Deschanel is the daughter of Caleb Deschanel(father) and Mary Jo Deschanel(mother). Her father is a cinematographer and director while her mother is an actress. Her paternal grandfather was French while her maternal grandmother was from Quaker family.

Deschanel was raised in her hometown along with her elder sister, Emily Deschanel. Emily is also an actress who starred in the comedy-drama series, "Bones".

Zooey Deschanel attended a private preparatory school, Crossroads in Santa Monica. In Crossroads, she became friends with Jake Gyllenhall and Kate Hudson. Deschanel was interested in music and wanted to pursue her career in musical theatre as she used to always sing in high school.

Later to pursue her dream, she joined the French Woods Festival of the Performing Arts. Deschanel also attended Northwestern University but later got dropp out to pursue her acting career. 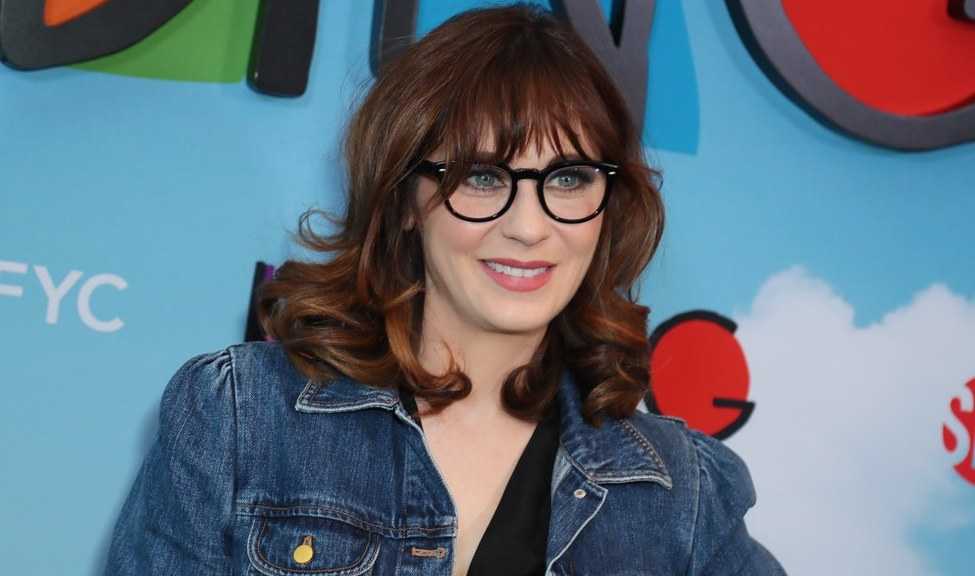 How is Zooey Deschanel's Professional Career?

Zooey Deschanel started her professional career when she made a guest appearance on the TV series, "Veronica's Closet" in 1988.

Deschanel made her first film debut through "Mumford" in 1999.

Deschanel also appeared in the music video for The Ofspring's single, "She's Got Issues".

Zooey's few of the early roles include "Almost Famous", "Manic", "Big Trouble", "The New Guy", "The Good Girl" and "Abandon".

She got her first leading role in the drama film, "All the Real Girls" in 2003. The movie was successful and her performance was highly claimed.

She then starred in "Eulogy"(2004) and as Teillian in the movie adaptation titled, "The Hitchhiker's Guide to the Galaxy"(2005). 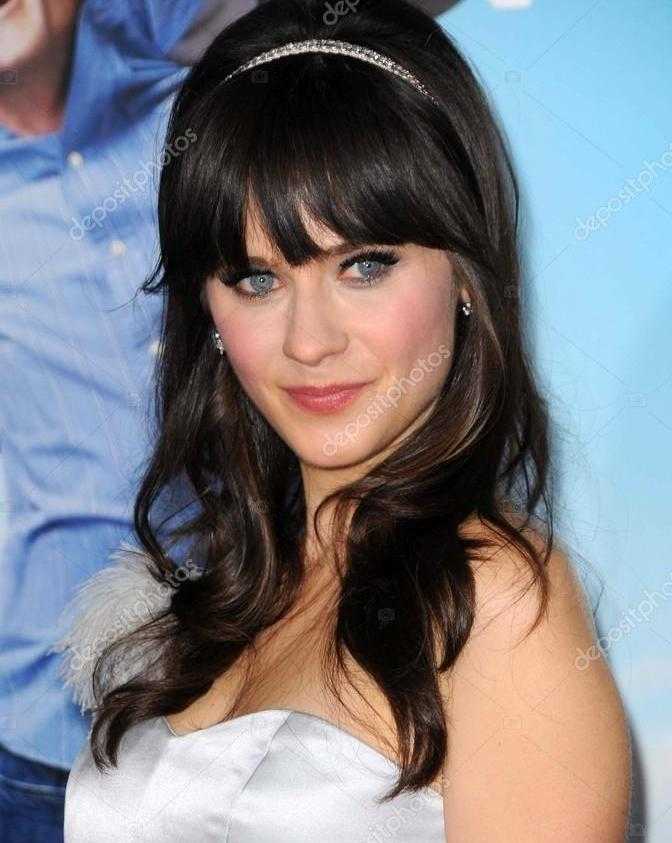 In 2009, she appeared as a guest in the comedy drama titled "Bones".

She also starred in the comedy "Our Idiot Brother" and "Your Highness" in 2011.

Later Deschanel signed on the Fox sitcom, "New Girl" as Jessica Day in 2011.

Deschanel also formed "If All the Stars Were Preety Babies" with fellow actress Samnatha Shelton in 2001.

She also worked with M. Ward on his debut album recording under the name, "She & Him". Their album titled "Volume One" was released the next year.

In 2011, she played "Belladona" for the film, "Your Highness" and sang "The Greatest Most Beautiful Love Song in All Land" along with James Franco.

Deschanel also recorded a popular version of "Waht are you doing on New Year's Eve?" in December 2011. 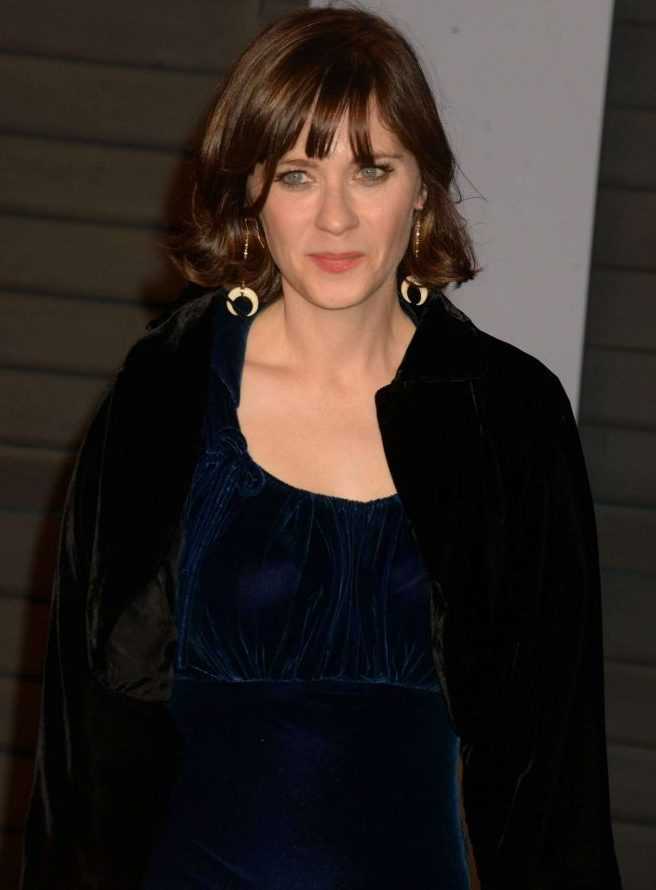 Is Zooey Deschanel Married? How Many Children Does She Have?

Zooey Deschanel is currently dating Jonathan Scott. Scott is a popular actor who stars in the TV series titled, "Property Brothers". Zooey seems to be more happy with Jonathan Scott. They are spotted in several places these days.

Zooey Deschanel has been married for twice and has dated few men in the past. Deschanel was married to Jacob Pechenik. The couple got engaged on June 17, 2015, and 11 days later got married on June 21, 2015.  The couple together shares two children: a daughter, Elsie Otter and a son, Charlie Wolf. However, they ended up their relationship in 2019.

Previously, Zooey Deschanel was married to Benjamin Gibbard, the lead vocalist for "Death Cab for Cutie" and "The Postal Service" in 2009. However, they ended up their marriage in 2011.

In addition, Zooey Deschanel also had relationships with a few other guys. She dated Jamie Landen in 2012 but got split in 2014 just after two years. Deschanel also dated Jason Schwartzman, Hunter Burgan, Mattew Dais, and Mickey Madden. 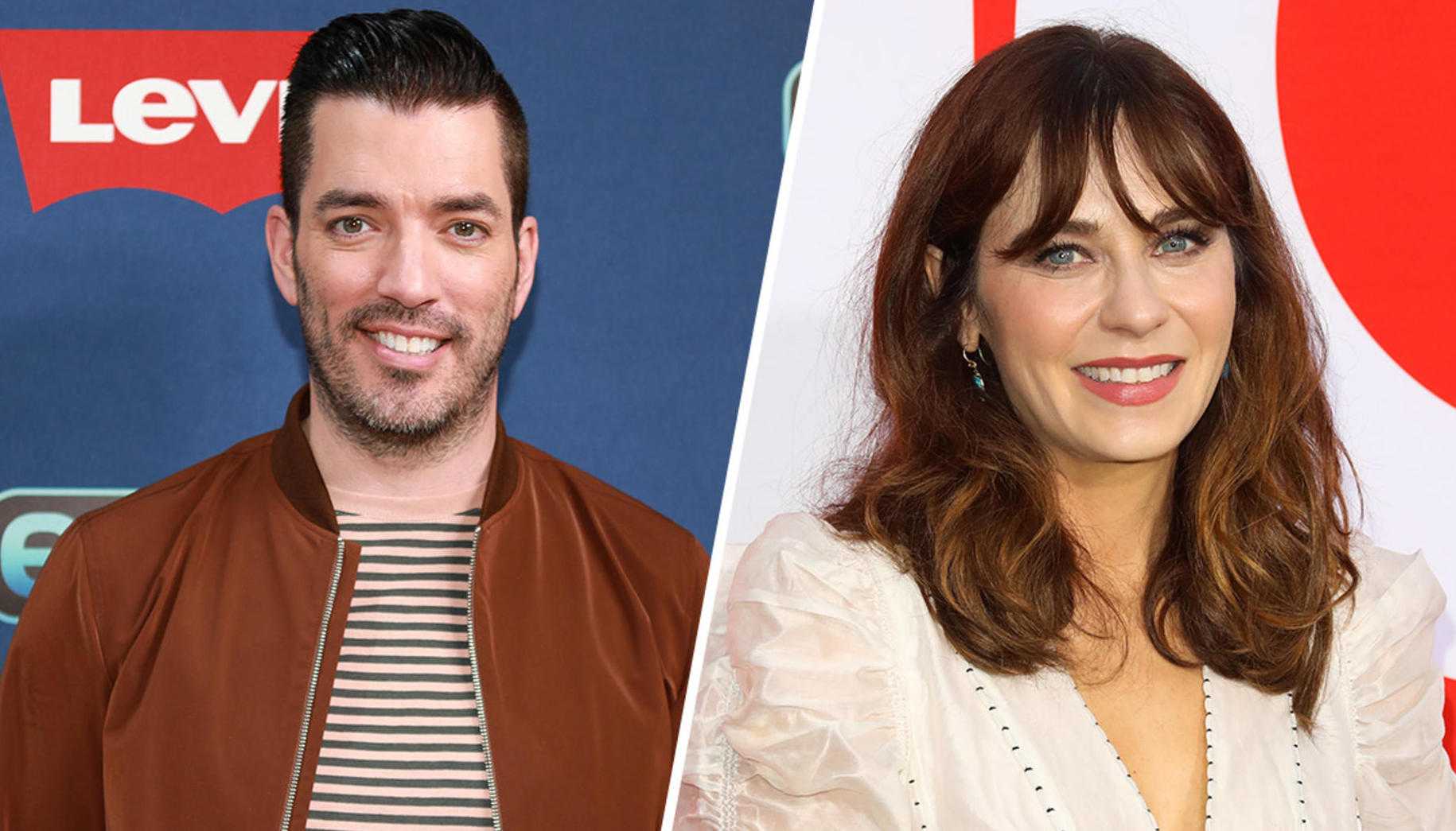 Is Zooey Deschanel Millionaire? How Much Does She Earn?

Zooey Deschanel has been one of the most talented ladies in the Hollywood who has been giving her best in acting, singing and modeling all at the same time. Considering all the hard works and time that Zooey Deschanel has put on her career since a long time, she has managed to amass a great amount of fortune through her career via TV shows, movies, and albums.

Zooey Deschanel enjoys her fortune which is estimated to be around $26 million.

Deschanel also had a salary of $130,000 per episode on TV shows. She has been paid a lot for her role in several movies as they have been successfully amassing a great fortune in the box office.

She also adds more to her fortune through her endorsement deals as well. 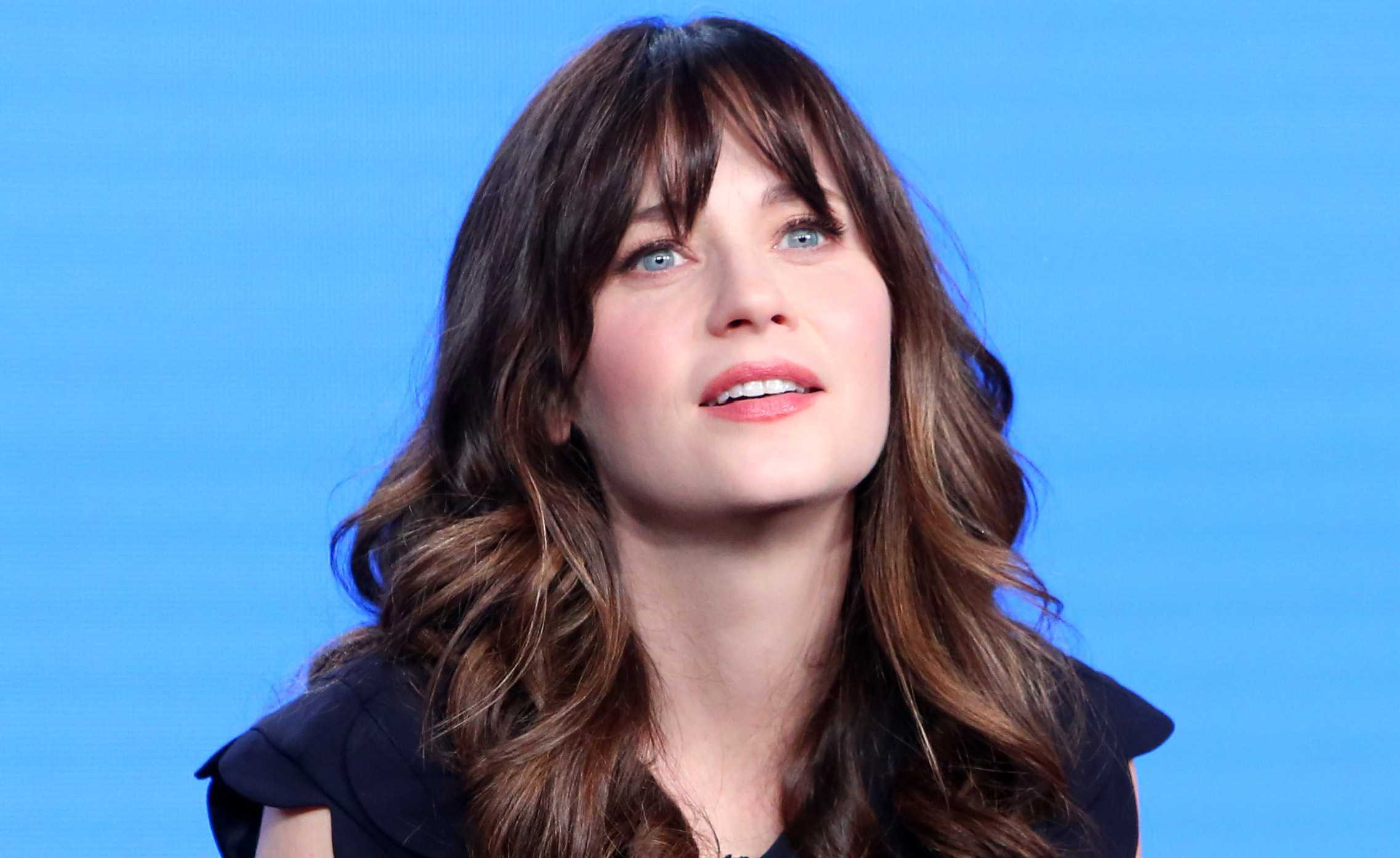 How Tall is Zooey Deschanel?

The stunning actress Zooey Deschanel has a well maintained perfect body physique. Zooey Deschanel is a beautiful lady of 29 who has a fair complexion with dark brown hair and blue eyes.

Zooey Deschanel stands tall with a height of 5ft. 6inch. while her body weighs around 56kg. Deschanel has a body measurement of 34-24-35 inches with 32B as her bra size, 8(US) as her shoe size and 4(US) as her dress size.