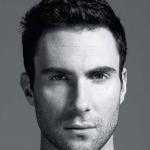 Adam Levine is a singer, songwriter, multi-instrumentalist, actor, and record producer, who is immensely eminent for being a lead vocalist in the pop-rock band ‘Maroon5’. His latest album is Red Pill Blues which was released in 2017. He is also a TV personality, actor and entrepreneur.

Adam Levine was born as Adam Noah Levine in Los Angeles, California, United States of America. His nationality is American and ethnicity is mixed (Jewish, German, and Scottish).
He was born to Fred Levine (father), the founder of retail chain M. Fredric, and Patsy Levine (mother), an admissions counselor. Adam Levine was raised along with his 4 siblings Michael Levine, Sam Levine, Liza Levine, and Julia Milne Levine. Raised by his divorced parents, he always mentions that he was brought up in a very musical environment, especially his mother who took some serious steps to make him a successful singer in his future.
He is a nephew of Timothy Noah and Peter Noah. It is believed that during the  adolescence of Levine, he was a drug user but, admits that he never overused it.
Talking about the educational background of Adam Levine, he went to private Brentwood School. Later, he attended Five Towns College. 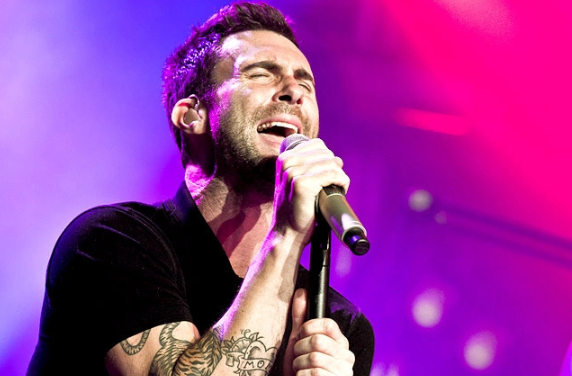 Adam Levine is a very potential guy, formed a rock band named ‘Kara’s Flower’in the year 1994 with other three members: Jesse Carmichael, Mickey Madden, and Ryan Dusick. He then took a big leap to take it to the top but, unfortunately just after one album ‘The Fourth World’, it was resolved with almost no popularity at all. Now, there was a great year for Adam Levine when he reformed his former band ‘Kara’s Flower along with James Valentine as a guitarist and named it ‘Maroon5’.
Since then, Maroon5 has been a name of stardom, a name of excellence. After releasing the first album ‘Songs About Jane’ in 2002, which received a multi-platinum in the United States, they released four albums ‘It Won’t Be Soon Before Long’ (2007), ‘Hands All Over’ (2010), ‘Overexposed’ (2012) and ‘V’ (2014). Their latest album is Red Pill Blues which was released in the year 2017. Some of the songs like ‘Moves Like Jagger’, ‘Won’t Go Home’, ‘One More Night’, ‘Sugar’, etc are the biggest blockbuster of all time making him one of the most entertaining singers.
Outside of music, He has appeared in a number of films and television shows. He's made several appearances as a musical guest on Saturday Night Live from 2004 to 2014. He was featured in a 2009 episode of 30 Rock, followed by five episodes of American Horror Stor: Asylum in 2012. He became a coach on the NBC singing competition, The Voice, in 2011. He held a notable role in the film, Begin Again (2013) with Keira Knightley and Mark Ruffalo. Other film appearances include Pitch Perfect 2 (2015), and Popstar: Never Stop Never Stopping (2016).

Awards and Achievements of Adam Levine

Net Worth of Adam Levine

Adam Levine is the lead vocalist and rhythm guitarist of the pop rock band Maroon 5. He has a lot of things generating income for him apart from music. The net worth of Adam Levine is estimated to have $160 million as of 2022. With his long and illustrious career spanning more than two decades, Levine has made a lot of money. He also has several business ventures and endorsement deals. He mainly makes money from his music endeavors. He charged $8 million for appearing on NBC’s reality talent show ‘The Voice’. charged $6 million for the first season, and $10 million in 2015. He earned around $35 million in total between 2015 and 2016. His pay was later increased to $13 million. In 2013, the singer launched his eponymous fragrance line and collaborated with Kmart and ShopYourWay.com to develop his menswear collection. Levine also owns a record label, 222 Records, and a production company, 222 Productions. In January 2020, he became the Ambassador of the brand Shure and promotes their line of wireless earphones and headphones. Alongside Blake Shelton and Gwen Stefani, Adam was seen in T-Mobile’s Super Bowl 2021 Commercial. His salary is in millions of dollars at present. He is living a lavish lifestyle at present.

Who is Adam Levine married to?

Adam Levine, considered as one of the sexiest man alive, is currently married to one of the sexiest woman alive, the Victoria Secret’s model, Behati Prinsloo. They were dating since 2012 and appeared in some of the shows together. They married on July 19, 2014, and are now parents of two children; Dusty Rose (born September 2016) and Gio Grace (born February 2018). As of summer 2022, Prinsloo is pregnant with the couple's third child.
Talking about the previous relationship of Adam Levine, he was in a relationship with numerous popular celebrities like Amanda Setton, Anne Vyalitsyna, Arielle Vandenberg, Jessica Simpson, Maria Sharapova, and some other celebrities.
Once, Adam Levine spoke about his relationship with Maria Sharapova saying ‘She wouldn’t make any noise during sex. I can’t tell you how disappointed I was. I really thought, like a lot of guys, that she’d be the loud screaming type. But instead, she just lay there like a dead frog’ which became one of the most gossiped topics.
Therefore, Adam Levine is currently married and is living a life full of stardom and popularity. 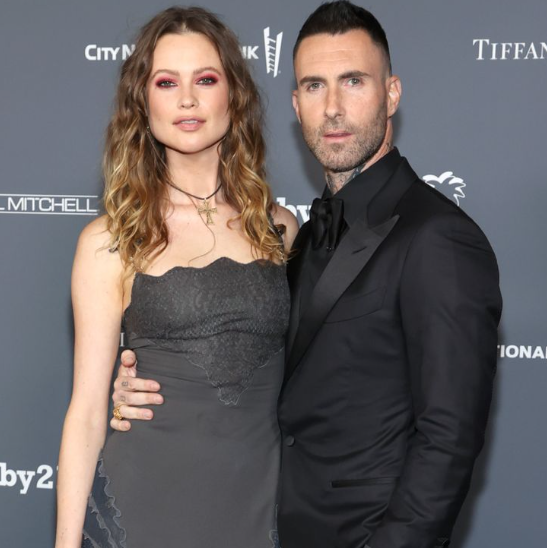 Everything To Know About Behati Prinsloo

Behati Prinsloo is a Namibian model by profession. In 2008, she became a Pink contract model and moved on to become a Victoria's Secret Angel in 2009. She walked in ten Victoria's Secret Fashion Shows (2007–2015; 2018) and opened consecutive Victoria's Secret Fashion shows in 2014 and 2015. She was discovered when she was 16 and since the start of her career, she has worked with many international brands including Prada, Lacoste, Louis Vuitton, and Chanel as well as appeared on the cover of magazines like Vogue, Elle, and i-D Magazine. She played the rich girl in the “Rich Girls” music video by “The Virgins” (American Band formed in 2006). Her debut show was Ready to Wear – Spring/Summer 2006 in which she displayed the designs for Amanda Wakeley, Betty Jackson, Clements Ribeiro, Emma Cook, Frost French, Gharani Strok, Jessica Ogden, John Rocha, Julien Macdonald, Marni, Nicole Farhi, Paul Smith, Prada.

Adam has a good height of 5 feet 11¾ inches with a body weight of 77kg. He has dark brown hair color and hazel brown eye color. His chest size is 42 inches, biceps size is 15 inches, and waist size is 30 inches respectively. Furthermore, His shoe size is 11.5 (US). He hs inked a lot of tattoos on his body. He has a connection with the number 222. His band Maroon 5 first recorded their song in a studio with the name 222. That is why he also put a tattoo on his forearm with the number “222”.

Trivias About Adam Levine You Need To Know.