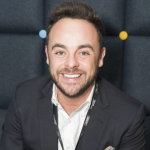 If you know the name of famous television presenter, Declan Donnelly then, you will probably know his co-host, Anthony McPartin who is one of the most promising television personalities in the entertainment industry. He is popular for presenting many television reality shows and events. He is more popular also for paring up with Declan Donnelly when presenting duo Ant & Dec. He came to prominence with Donnelly, in one of the famous children’s drama series Byker Grove. Let's know more about the talented actor through this article.

Who is Declan Donnelly?

Ant McPartlin is a popular English television presenter, producer, and actor. The actor is also most known for presenting SMTV Live (between 1998–2001), I’m a Celebrity...Get Me Out of Here!. Moreover, his shows include Ant & Dec’s Saturday Night Takeaway in 2002, and Britain’s Got Talent since 2007.

Who are the parents of Ant McPartlin?

Recalling his early life, Ant McPartlin was born as Anthony David McPartlin in Newcastle upon Tyne, England. His mother’s name is Christine Woodhall. Likewise, his father’s name is Raymond Mcpartlin. He also has a sister, Sarah and a half-sister, Emma in his family. The actor belongs to British nationality.

He was only 13 yrs old when he came to limelight. He played PJ is one of the Children’s BBC series named Byker Grove. Talking about his education history, he studied at Wingrove Primary School in Fenham.

How Ant McPartlin become a part of the entertainment industry?

Is Ant McPartlin married or not?

Reflecting on his personal life, McPartlin is in a relationship. He is dating Anne-Marie Corbett from July 2018. The couple seems to happy together and enjoying their love life without negative rumors.

Prior, Anthony was dating make-up artist Lisa Armstrong. And he married his longtime girlfriend Lisa Armstrong On 22nd July 2006 at Cliveden, a country house hotel in Buckinghamshire. They were together for 11 years. But eventually, on 15 January 2018, they announce their divorce and separated.

How much net worth does Ant McPartlin?

As an actor and TV presenter, McPartlin earns a decent amount of money and fame in the field of the entertainment industry. As per online sites, his estimated net worth said to be $45 million at present. He boasts a fruitful amount of salary from his profession but yet to be disclosed. Further, his singing career adds up his fortune as well.

How tall is Ant McPartlin?

Observing his body statistics, McPartlin stands with a height of 5 feet 8 inches but his weight is 66 Kg. Similarly, he has blue color eyes an dark brown color hair. His other body information is yet to be disclosed. In the case of disclosed, we will let you know.