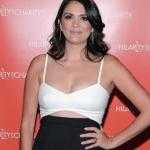 Cecily Strong is an American actress and comedian. Her birth name is Cecily Legler Strong. She is best known for being a cast member of Saturday Night Live. She is the cast member of SNL since 2012. She has had numerous popular celebrity impressions in SNL. She has over 500k followers on her Instagram.

NBC released a promo on Thursday where Actress Emma Stone and SNL cast member Cecily Strong welcomes the boy band, BTS. Emma Stone who is set to host SNL once again. Cecily is seen freaking out to welcome BTS on SNL. This episode of Saturday Night Live airs 13 April at 8.30 PT on NBC.

Why is Emma Stone Famous?

What is Cecily Strong Famous For?

Where was Cecily Strong Born?

Cecily Strong was born on 8 February 1984. Her birth name is Cecily Legler Strong. She was born to a father, William "Bill" Strong, and a mother, Penelope Strong. Her birthplace is in Springfield, Illinois in the United States. She holds American nationality. Her zodiac sign is Aquarius. She belongs to White ethnicity. She has English, German, Swiss-German, Scottish, and Italian ancestry. She grew up in Oak Park, Illinois. Her parents are divorced.

She grew up adoring SNL as a child. She used to watch old SNL commercials and reenact sketches with her friend. She has stated that she was inspired by Phil Hartman.

She attended Oak Park and River Forest High School. She transferred to the Chicago Academy for the Arts for her senior year. She graduated from Chicago Academy in 2002. She then attended California Institute of the Arts (CalArts) where she studied acting. She graduated from CalArts with a BFA in theatre in 2006. She returned to Chicago after graduating from CalArts. There, she studied at the Second City Conservatory and iO Chicago.

She used to perform regularly at The Second City and iO Chicago.

She has performed on a cruise ship with fellow Second City members for 4 months.

She debuted as a featured player on Saturday Night Live on 15 September 2012.

She later co-anchored with Colin Jost.

In order to focus on doing sketches as a part of the regular cast, she requested to be replaced on Weekend Update. She was replaced with writer Michael Che.

Her recurring characters include an extremely ditzy, unintelligent and unnamed pseudo-activist known as "The Girl You Wish You Hadn't Started a Conversation With at a Party", Dana, a loud-mouthed, unfriendly retail employee who always insults her coworkers out of fear of being fired, Heather, the One-Dimensional Female Character from a Male-Driven Comedy, Kyra from "The Girlfriends Talk Show", Cathy Anne, the drug-addicted neighbor of Michael Che, who has strong opinion on current events, an unnamed blond former porn-star-turned-model/commercial actress who hawks elegant items, Gemma, a British woman with various boyfriends, and Gracelynn Chisholm, one half of a married duo that hosts a talk show.

She was the featured entertainer at the 2015 White House Correspondents' Association dinner.

She took digs at the various organizations in attendance, politicians of all persuasions, and President Obama.

She took shots at the US Secret Service, host location the Washington Hilton, Brian Williams, Sarah Koenig, and the State of Indiana.

She appeared in a commercial for Old Navy in 2016.

She joined the climate change documentary show Years of Living Dangerously as a celebrity correspondent in 2016.

She made a guest appearance as Samantha Stevens in TBS's Angie Tribeca in 2016. She also guest starred as Catherine Hobart in Fox's Scream Queens in the same year.

In 2017, she appeared in a series of commercials for Triscuit.

She starred in films, The Bronze, Slow Learners, The Meddler, Staten Island Summer, The Boss, Ghostbusters, and The Female Brain.

She had voice roles in The Awesomes and The Simpsons.

Who is Cecily Strong Dating?

Cecily Strong is reportedly dating an actor and fellow worker Mike O'Brien. They reportedly started dating in 2013. The couple has maintained a low profile regarding their personal life.

What are Cecily Strong Body Measurements?

What is Cecily Strong's Net Worth?

Cecily Strong is one of the popular SNL cast members. Comedy is her forte. Her major income comes from working in SNL. She has been a cast member of SNL since 2012. She has appeared in commercials for Old Navy, Triscuit, and SNL Jeep, among others.  As of 2019, her net worth is estimated at $4 million.

Trivias About Cecily Strong You Need To Know.