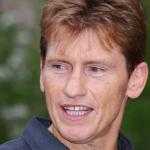 Denis Leary is an American actor, comedian, singer, show host, narrator, voice artist, writer, and producer. Leary is widely known for starring and co-creating of 2004 four times Emmy Awards nominated drama series Rescue Me. He is also recognized form his starring roles in many films, including those of Captain George Stacy in Marc Webb's, The Amazing Spider-Man and Cleveland Browns head coach Vince Penn in Ivan Reitman's Draft Day. Leary also voiced the character of Francis in A Bug's Life and that of Diego in the Ice Age franchise. Leary has been the narrator for NESN's documentary show about the Boston Bruins called Behind the B since the show began in 2013. From 2015 to 2016, Leary wrote and starred in the comedy series Sex & Drugs & Rock & Roll on FX.

What is Denis Leary famous for?

Denis Leary is best known for ranting at high speeds about a variety of topics, playing off the then-popular and growing the alternative scene in an early 1990s MTV sketch, R.E.M. And some others. Leary is equally famous for co-producing and playing the lead role for the four times Emmy Award Nominated drama series, Rescue Me (2004-2011). Leary also credited himself as Dr. Denis Leary on the cover of his 2009 book Why We Suck.

Where was Denis Leary born?

Denis Leary was born as Denis Colin Leary on August 18, 1957, in Worcester, Massachusetts, the US to mother, Nora, a maid, and father, John Leary (1924–1985), an auto mechanic. Leary's parents were immigrants from County Kerry, Ireland. Being the son of Irish parents he is of Irish descent. Leary is a citizen of both the United States and Ireland. Leary religion is Roman Catholic and his zodiac is Leo. His sibling's information is still under review. Leary attended Saint Peter-Marian High School in Worcester and graduated from Emerson College in Boston in 1981. After graduating from Emerson in 1981, Leary taught comedy-writing classes at the school for five years.

Is Denis Leary a doctor?

In May 2005 he received an honorary doctorate and spoke at his alma mater's undergraduate commencement ceremony, and is credited as Dr. Denis Leary on the cover of his 2009 book Why We Suck. Leary began working as a comedian from the TV show The Rascals Comedy Hour, on October 18, 1990. He then wrote and appeared on a local comedy series, The Late, Late Show. He earned fame when he ranted about R.E.M. in an early 1990s MTV sketch that made him like regular MTV commercials character as well. Leary released two records of his stand-up comedy: No Cure for Cancer (1993) and Lock 'n Load (1997). In late 2004, he released the EP Merry F#%$in' Christmas,  As a singer In 1993, Leary's sardonic song about the stereotypical American male, "Asshole", was voted No. 1 in an Australian youth radio poll. In 1995, Leary helped orchestrate a Boston-based comedy benefit show for Neely's cancer charity; this became Comics Come Home, which Leary has hosted annually ever since. As an actor, Leary's notable film appearances include The Sandlot as Scott's stepfather Bill, Monument Ave., The Matchmaker, The Ref, Draft Day, Suicide Kings, Dawg, Wag the Dog, Demolition Man, Judgment Night, The Thomas Crown Affair and Operation Dumbo Drop.

He held the lead role in two television series, The Job(2002) and Rescue Me(2004–2011). He provided voices for characters in animated films, such as The Agents,  A Bug's Life, and  Ice Age film series. As a producer, He has produced numerous movies, television shows, and specials through his production company, Apostle. These include Comedy Central's Shorties Watchin' Shorties(2004), the stand-up special Denis Leary's Merry F#$%in' Christmas (2004), Fox series Canterbury's Law(2008), Sex & Drugs & Rock & Roll(2015-2016), and the movie Blow(2001). Leary has also hosted the National Hockey League video NHL's Greatest Goals and Fashion Rocks aired on CBS. Leary played Captain George Stacy in the movie The Amazing Spider-Man, released in July 2012. In 2019, Leary is appearing in series, The Moodys and The Family Guy. Leary is four times Emmy Award nominee. He has won prestigious awards that include, Blockbuster Entertainment Awards, CableACE Awards, Edinburgh International Arts Festival and BBC Festival. 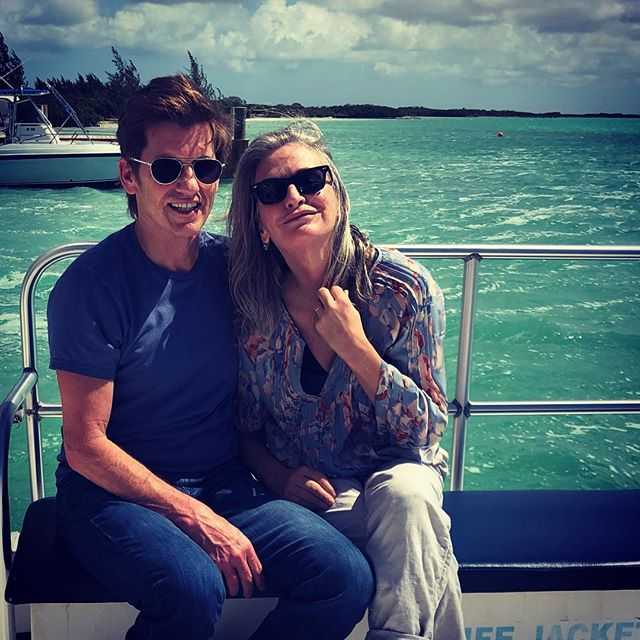 Leary has been married to author Ann Lembeck Leary since 1989. They met when he was her instructor in an English class at Emerson College. They have two children, son John Joseph "Jack" (born 1990) and daughter Devin (born 1992). Leary is currently living happily with his wife and two children in New York City. There are no further legit records of him being in a relationship with any other woman before and now as of now.

How much is Denis Leary Worth?

Denis Leary Net Worth is estimated at 25 million dollars. Denis primarily ears from his acting and comedian career. He hasn't revealed his average salary yet. He also earns as an occasional voice-over artist, singer, producer, and writer. He has a film production company, Apostle. Moreover, he is also a regular MTV commercial character. Leary did the TV voiceover for MLB 2K8 advertisements, using his trademark rant style in baseball terms, and ads for the 2009 Ford F-150 pickup truck. He has also appeared in commercials for Hulu and DirecTV's NFL Sunday Ticket package. He has bought a three-bedroom apartment at 497 Greenwich Street in Soho worth $3.95 million. Information about his car is still under review.

How tall is Denis Leary?

The well-renowned comedian star is now 62 years old. Denis has a height of 6 feet 2 inches. As goes his vertical length, goes his body weight which is at 80Kg. The lead actor of popular TV series, Rescue Me has body statistics of chest, waist, and biceps as 41-32-15 inches respectively. Moreover, to describe his face, Denis’s hair color is light brown and he has blue colored eyes. Information on his dress and shoe size is still under review. He has a straight sexual orientation.