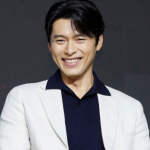 Kim Tae-pyung, excellently known as Hyun Bin is a South Korean film and TV actor who is well recognized for his role in the 2005 romantic comedy television drama "My Name is Kim Sam-soon". He has appeared in several films and TV series to date as some of his known films and TV series are "The Snow Queen" (2006), "Late Autumn" (2011), "The Fatal Encounter" (2014), "Memories of the Alhambra" (2018). He has also won numerous awards like KBS Drama Awards, MBC Drama Awards, and Baeksang Art Awards. Besides, Hyun has made a secret donation of 200 million won to the non-profit organization, Community Chest of Korea, to help fight against the COVID-19 outbreak on 21st February 2020. Additionally, he appeared as Im Cheol-ryung in the 2022 film "Confidential Assignment 2: International".

What is Hyun Bin Famous For?

What Nationality is Hyun Bin?

Hyun Bin opened his eyes for the very first time on 25th September 1982 in Songpa District, Seoul, South Korea. His real name is Kim Tae-pyung and his religion is Christian. He holds South Korean nationality and he came from Asian ethnic background. His present age is 39 and he will be celebrating his 40th birthday in the coming September of 2022. His birth sign is Libra and his race is white. Hyun's father's name is Kim Won-hong while his mother's name is yet to be disclosed. He has also a brother whose details have not been revealed yet.
Moving to Bin's education, he attended Youngdong High School and then attained a major in Theater Studies from Chung-Ang University in 2004. Later, in 2009, he re-enrolled at the same university to complete in masters.

Who is Hyun Bin Wife?

Hyun Bin is a married man as he happily exchanged vows with his beautiful wife Son Ye-jin. They married in a private ceremony on 31st March 2022, attended by their parents and friends of both families. The couple first met at the shoot of The Negotiation in 2018. Since then, they began seeing on public spots together and the rumors of their dating began to spread like fire. Finally, their affairs were confirmed by their respective agencies in 2021. Currently, the love birds live happily with each other. On 27th June, Son announced that she is pregnant with the couple's first child. Concerning Hyun's sexual orientation, he is straight. He was previously linked with several celebrities like Hwang Ji-Hyun (2006-2007), Song Hye-Kyo (2008-2011), and Kang So-ra (2016-2017).

How much is Hyun Bin Net Worth?

Hyun Bin has a net worth of $10 million as of 2022 whereas his commercial earnings are estimated at around US$515,000 to $587,000 per year. He also earns a fine amount of salary which is around thousands of dollars per year. Hyun has earned an impressive amount of money throughout his profession as his major source of income is his acting career. Further, he has also endorsed various brands such as Rogatis, Samsung, Mediheal, Kia, CF Freshian, Omega, and many others.

How tall is Hyun Bin?

Hyun Bin stands at a tall height of 6 ft 0½ in or 184 cm with a balanced body weight of 84 kg or 185 lbs. He has good-looking dark brown hair and eye color. His physique combined with his perfect height and masculine look takes him to the top of the desired list in the young gen women. Besides, Hyun has an average body build with 44-34-38 inches of body measurements.

Trivias About Hyun Bin You Need To Know.