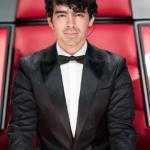 Joseph Adam Jonas, popularly known by the name Joe Jonas is an American singer, songwriter, and actor. He rose to fame as the member of the popular pop-rock band, the Jonas Brothers, alongside his brothers, Kevin and Nick. They formed the band in 2005. Together, the band has released 4 studio albums. Their self-titled second studio album became their breakthrough album. The brothers later parted their ways in 2013. He has also pursued his solo career and has released an album, Fastlife in 2011. He later formed a funk-pop band, DNCE in 2015. Besides, music, the brothers have also pursued an acting career and has appeared in television series and reality shows. He has won Fashionista Award-Male at 2008 Los Premios MTV Latinoamerica and Kids Choice Favorite TV Actor in 2009.

Joe Jonas was born on 15 August 1989. His birth name is Joseph Adam Jonas. He was born to a father, Paul Kevin Jonas Sr., and a mother, Denise Marie. He is of Italian, German, Irish, English, Cherokee, and French-Canadian descent. His birth place is Casa Grande, Arizona, in the United States. He holds American nationality. His zodiac sign is Leo. He follows Christianity. He has 3 siblings. They are Kevin, Nick, and Frankie.

Regarding his education, he was homeschooled by his mother along with his brothers.

In 2002, he appeared in Baz Luhrmann's production of La Boheme.

In 2005, the Jonas brother, Kevin, Nick and himself formed a pop-rock band, the Jonas Brothers.

Jonas brothers wrote and performed "Please Be Mine" to Columbia Records' new president, Steve Greenberg in early 2005. Daylight/Columbia Records decided to sign the three as a group act.

They chose several names to their groups and finally settled on the name "Jonas Brothers".

Jonas Brothers released their first album, It's About Time in August 2006. The album did not earn them the success they anticipated. Columbia Records dropped their deal with the band in early 2007.

Jonas Brothers then signed with Hollywood Records in February 2007.

They also began appearing in GAP commercials for Baby Bottle Pops. They sang the jingle for the commercials.

They released their self-titled second album, Jonas Brothers in August 2007, which became their breakthrough album.

The album reached at number 5 on the Billboard Hot 200 chart in its first week.

They released their third studio album, A Little Bit Longer in August 2008, which peaked at number 1 on the Billboard 200.

They released their fourth studio album, Lines, Vines, and Trying Times in June 2009. The album peaked at number 1 on the Billboard 200.

Jonas Brothers announced in October 2013 that they have parted ways with Hollywood Records.

He appeared as a guest judge in an episode of the ninth season of the singing competition American Idol in January 2010.

He released his debut solo album, Fastlife in October 2011. He toured with Jay Sean in the Joe Jonas & Jay Sean Tour. The album debuted at number 15 on the Billboard 200.

He then formed a new band, DNCE, with Jack Lawless, JinJoo Lee, and Cole Whittle. Jack Lawless and JinJoo Lee were his touring partners, whereas Cole was the member of the alternative rock band, Semi Precious Weapons.

The band, DNCE released their debut single, "Cake by the Ocean" in 2015.

They later released their debut extended play in October 2015.

In August 2007, the Jonas brothers made their acting debut as a guest-starred in an episode oh Hannah Montana.

In 2008, they started on the Disney Channel reality short series, Jonas Brothers: Living the Dream.

The show also documented the brother's lives during the Look Me in the Eyes Tour. The second season of the series, which followed the band on the European leg of their World Tour was premiered in March 2010.

In May 2009, all four Jonas brothers starred in their own Disney Channel Original Series, Jonas. Its second season, Jonas L.A. about the brothers' vacation at their summer house in Los Angeles premiered in June 2010.

Joe and his brothers starred in the 3D biopic Jonas Brothers: The 3D Concert Experience. The biopic received a theatrical release on 27 February 2009  and became the sixth highest-grossing concert film.

In February 2010, he made a cameo appearance in Vampire Weekend's music video for "Giving Up the Gun" along with Jake Gyllenhaal, Lil Jon, and RZA.

He also guest-starred in an episode of Hot Cleveland in 2010.

In 2013, he participated in Fox's dating game show, The Choice.

He voiced a character, Kraken in the 2018 film, Hotel Transylvania 3: Summer Vacation. He and British DJ Jonas Blue also released their collaborative track "I See Love" for the film.

Joe Jonas is currently engaged to actress Sophie Turner. She is a star who rose to fame as one of the casts of Game of Thrones. They started dating in 2016 and later got engaged in October 2017.

He has dated several celebrities in the past. Previously, he dated AJ Michalka from 2005 to 2006. He then dated a singer, songwriter Taylor swift for three months in 2008. He also dated actress Camilla Belle between 2008 and 2009. He dated singer Demi Lovato for a couple of months and actress Ashley Green between 2010 and 2011 before dating model Blanda Eggenschwiler in September 2012. Later, their relationship ended in July 2014. She later dated supermodel Gigi Hadid for five months before dating Sophie Turner.

Joe Jonas has appeared in several television commercials with his brothers. He was named the Pepsi Brand Ambassador for Pulse Digital Dashboard in 2012. The same year, he appeared in the Acuvue contact lenses commercial. He was also signed for 'Live for Now' ad campaign. He continued his musical career even after his pop-rock band with his brothers, the Jonas Brothers disbanded in 2013. As of 2019, his net worth is estimated at around $18 million.

Trivias About Joe Jonas You Need To Know.