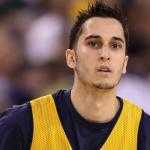 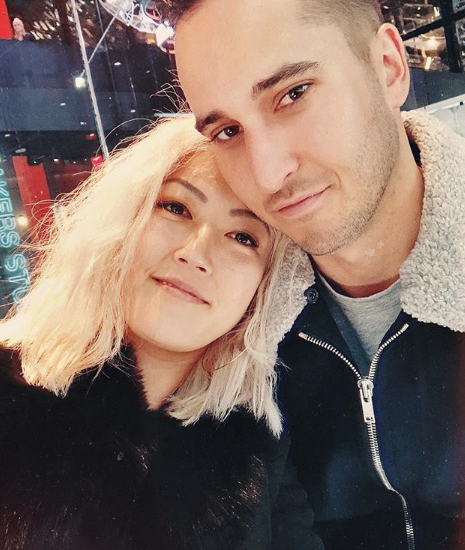 The 29-years old 2014 U.S. Women's Open champion, Michelle got engaged to the 30-years old Jonnie on 10 March 2019 in a private ceremony. They announced their engagement via Michelle's Instagram. They shared pictures of them together on Instagram. She displayed her engagement ring on their romantic pictures.  She wrote, "My person for life!!!!!!! #WieGoesWest @Jonniewest4".

They kept their affairs away from the limelight until January 2019. Their relationship became official when Michelle posted the picture of them on Instagram on 26 January 2019.

Who is Golfer Michelle Wie Engaged to Warriors Jonnie West?

Jonnie West was born on 18 May 1988. He was born to a father, Jerry West, and a mother Karen West. He belongs to White ethnicity. His birth place is in Santa Monica, California, in the United States. He holds American nationality. His zodiac sign is Taurus. He follows Christianity. Jonnie West has 4 siblings. He has a brother, Ryan, and 3-half brothers, David Mark, and Michael. Howard Stewart West and Cecil Sue West were his grandparents. He grew up following the footsteps of his basketball legendary father.

He completed his high school studies from Lausanne Collegiate School. He then enrolled at West Virginia University, where he played college football.

He also worked with the director of basketball operations.

He then worked with the advance scout for the Golden State Warriors' G-League team in Santa Cruz.

Jonnie was promoted to Associate General Manager of the Santa Cruz Warriors in 2014.

He is also a member of TPC Stonebrae Country Club.

Starting from August 2018, he was appointed the Director of Basketball Operations at Golden State Warriors in Oakland, California.

Who is Jonnie West Engaged to?

Jonnie West is engaged. He is engaged to his golfer girlfriend, Michelle Wie. The two got engaged on 10 March 2019 in a private ceremony. They announced their engagement via Instagram on 11 March 2019. Previously, the two kept their romantic affairs private. They managed to keep their personal life secret until Michelle announced their affairs on 26 January via Instagram.

He lives in San Francisco, California.

What is Jonnie West's Net Worth

?Jonnie West is a former basketball player and is currently a Director of Basketball Operations at Golden State Warriors in Oakland, California. After retirement, he has been working in the administration part related to basketball. He earns working as a basketball executive. As of 2019, his net worth is estimated at $750,000.