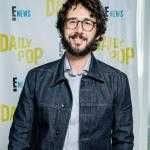 Joshua Winslow Groban, popularly known as Josh Groban is an American singer, songwriter, actor, and record producer. He has released 8 studio albums, 4 live albums, and 2 compilation albums to date. He has sold over 25 million records worldwide. He was charted as the number-one best selling artist in the United States in 2007.

What is Josh Groban Famous For?

- Barnes & Noble named him the Best Selling Artist of All Time in 2007. 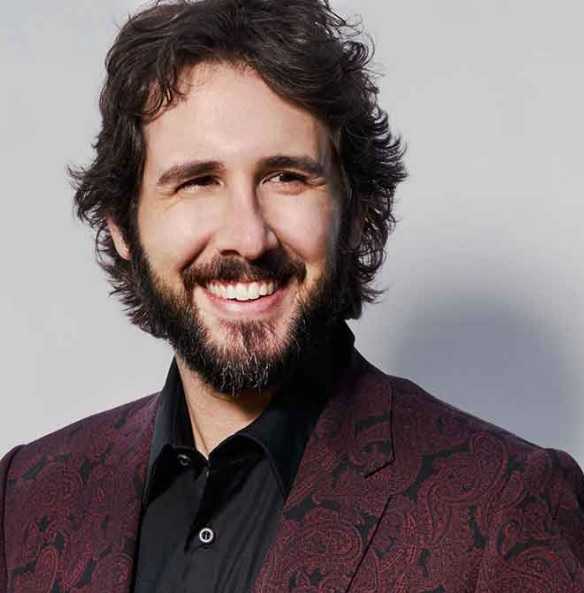 Where was Josh Groban Born?

Josh Groban was born on 27 February 1981. His birth name is Joshua Winslow Groban. He was born to a father, Jack Groban, and a mother, Lindy Groban. His birth place is in Los Angeles, California in the United States. He holds American nationality. His zodiac sign is Pisces. He has a brother named Chris Groban. His father is a descendant of Jewish immigrants from Poland and Ukraine, whereas his mother is of English, German, and Norwegian ancestry. His religion is Christianity.

He was interested in acting rather than singing during his early career. He has played in high school plays. He attended the Interlochen Center for the Arts Camp in Michigan, where he majored in musical theatre. He also attended the Los Angeles County High School for the Arts, where he graduated with a major in theatre in 1999. He briefly attended Carnegie Mellon University. He studied musical theatre at Carnegie. He dropped out of the university after a record label offered him a recording contract. 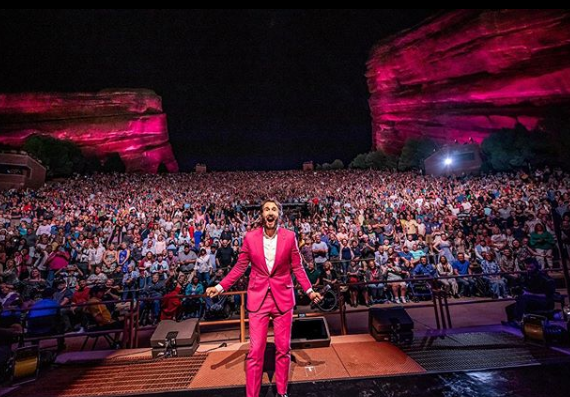 His vocal coach, Seth Riggs introduced him to Grammy-winning producer and arranger David Foster and Brian Avnet in late 1998.

He worked for David Foster as a rehearsal singer on a series of high-profile events.

He has released 8 studio albums, 4 live albums, and 2 compilation albums to date.

His studio albums are

He was one of the artists featured on "We Are the World 25 for Haiti".

He has headlined 6 tours, Closer Tour, Awake Tour, Straight to You Tour, All That Echoes World Tour, Josh Groban on Stage, and Bridges Tour.

He made his television debut as Malcolm Wyatt in a legal comedy-drama series, Ally McBeal in 2001.

He has later appeared in numerous television series such as Never Mind the Buzzcocks, Glee, The Office, CSI: NY, The Crazy Ones, It's Always Sunny In Philadelphia, Happyland, Comedy Bang! Bang!, Repeat After Me, The Muppets, Parks and Recreation, Life in Pieces, Crazy Ex-Girlfriend, among others.

Netflix premiered an original murder-mystery, The Good Cop starring him in the main role in September 2018.

He had voice roles in American Dad!, Robot Chicken, and The Simpsons.

He has hosted Rising Star and 72nd Tony Awards as well.

He has appeared on The Oprah Winfrey Show six times.

He has appeared in other numerous television shows such as The Ellen DeGeneres Show, Larry King Live, The Rosie O'Donnell Show, Tim & Eric Awesome Show, The Tonight Show with Jay Leno, Today, Jimmy Kimmel Live!, among others.

He has guest co-hosted Live with Kelly several times.

He appeared as a mystery guest star on the 12th season finale of Dancing with the Stars in May 2011.

He made his film debut as Richard in the romantic comedy film, Crazy, Stupid, Love in 2011.

He has also appeared in other films such as Coffee Town, Muppets Most Wanted, and The Hollars.

He made his Broadway debut as Pierre Bezukhov in Natasha, Pierre & The Great Comet of 1812 in October 2016.

He was nominated for the 2017 Tony Award for Best Actor in a Musical for his performance.

2003 Billboard Music Award in No. 1 Classical Crossover Artist of the Year.

2004 Billboard Music Award in No. 1 Classical Crossover Artist of the Year for Closer.

Who is Josh Groban Dating?

Who is Kat Denning married to?

How tall is Josh Groban?

What is Josh Groban Net Worth?

Josh Groban earns from his music career. He has released 8 studio albums and has sold over 25 million records. He has also appeared in numerous television series. As of 2019, his net worth is estimated at $30 million.