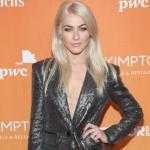 Julianne Alexandra Hough popularly known as Julianne Hough is an American dancer, actress, and singer. She is a two-times professional champion of ABC's Dancing with the Stars. She later became the permanent judge of the show in September 2014. She joined the talent reality show, America's Got Talent as a judge in 2019. She has also appeared in several films and television series. She has over 4.6 million followers on her Instagram.

What is Julianne Hough Famous For? 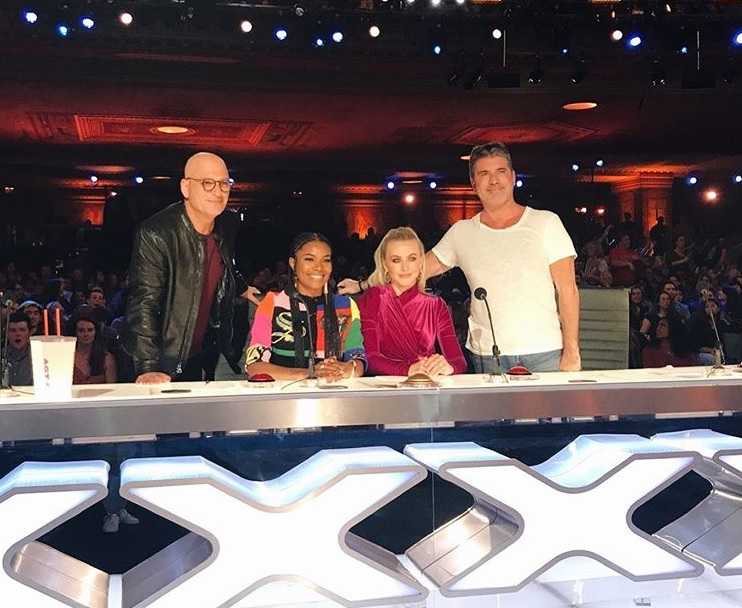 Who is 12 - years - old Boy get golden buzzer from julianne hough?

Where was Julianne Hough Born?

Julianne Hough was born on 20 July 1986. Her birth name is Julianne Alexandra Hough. She was born to a father, Bruce Hough, and a mother, Marianne Hough. Her birth place is in Orem, Utah in the United States. She holds American nationality. Her zodiac sign is Cancer. She has 4 siblings, Sharee, Marabeth, Katherine, and Derek.

She started her formal training at the Center Stage Performing Arts Studio in Orem. She had already begun dancing competitively at the age of nine. Her parents divorced in 1999 and she and her brother Derek were sent to London. They went to London to live and study with their coaches, Corky, and Shirley Ballas.

She then joined Italia Conti Academy of Theatre Arts. They received training in song, theatre, gymnastics, and many forms of dance, including jazz, ballet, and tap. Hough, her brother, Derek and Mark formed their own pop music trio 2B1G ("2 Boys, 1 Girl"). She was 12 years old at the time. Together, they performed at dance competitions in the UK and the US.

She became the youngest dancer, and only American to win both Junior World Latin Champion and International Latin Youth Champion at the Blackpool Dance Festival. She then returned to the United States after having been abused mentally and physically.

After returning to the US, she attended the Las Vegas Academy and Alta High School. 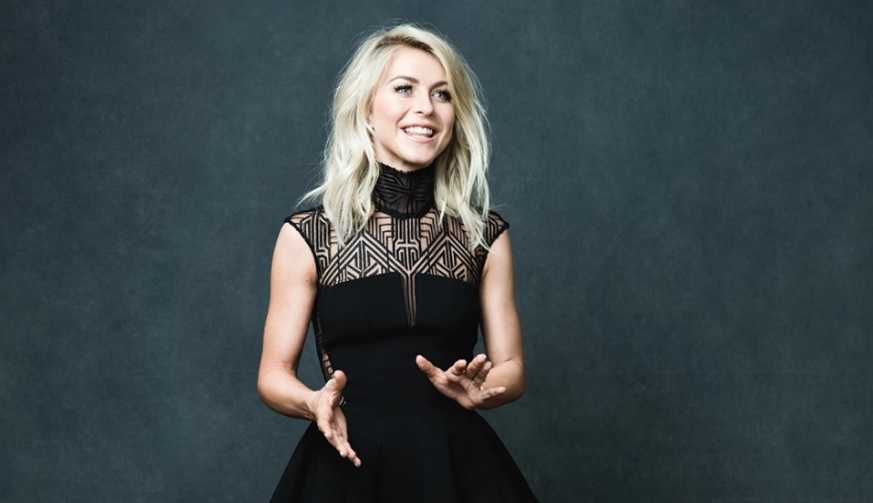 She was one of the Million Dollar Dancers in the 2006 ABC game show called Show Me the Money.

She won the 4th season of the US edition of Dancing with the Stars with her partner, Olympic gold medal-winning speed skater, Apolo Ohno. She became the youngest professional dancer to win on the show.

She won the 5th season of the Dancing with the Stars with her partner, three-time Indianapolis 500 champion Helio Castroneves.

She was a regular professional dancer on the show from season 4 to season 8. She was the guest dancer on the 17th, 18th, and 25th season of the show.

She became the guest judge of the show in place of Len Goodman in October 2013. It was the first time a former pro dancer came back to judge.

She won the Primetime Emmy Awards for Outstanding Choreography, shared with Derek Hough and Tessandra Chavez in 2015.

She became the permanent fourth judge on the 19th season of the show in September 2014. She continued to appear as judge of the show. 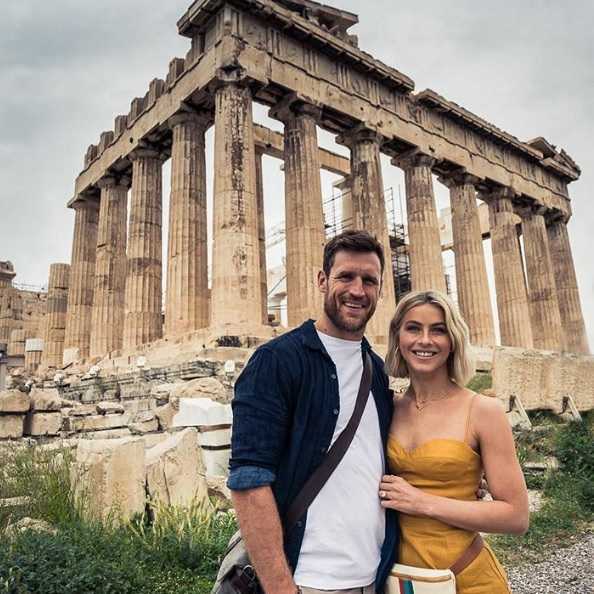 Hough and her brother Derek announced a summer tour, "More Live on Tour" of over 40 cities across the US and Canada in March 2014. The embarked on the sold-out tour in May 2014 in Park City, Kansas and ended it in Los Angeles in July 2014.

Following the success of the 2014 tour, the siblings announced the return of "Move Live on Tour" in the summer of 2015.

They announced via social media in December 2016 that they would be going on a new tour, "MOVE BEYOND Live on Tour" in 2017.

She released her first country music single, "Will You Dance With Me" in May 2007. The single was released to raise money for the American Red Cross.

She released her self-titled debut album on May 31, which debuted at number one on the Top Country Albums chart.

She appeared in the video for the Snoop Dogg song "My Medicine".

She released an EP of Christmas music called Sounds of the Season: The Julianne Hough Holiday Collection in 2008.

She worked for her second album, Wildfire but the album was never released.

She made her feature film debut in an uncredited role as "Hogwarts schoolgirl" in the 2001 film Harry Potter and the Philosopher's Stone.

Her first leading role was as Ariel Moore in the 2011 remake of the Paramount film Footloose.

She has appeared in other films such as Burlesque, Rock of Ages, Safe Haven, Curve, Dirty Grandpa, and Bigger.

She had voice roles in the 2018 film, THe Steam Engines of Oz.

She was the co-host of the 2017 Disney Parks Magical Christmas Celebration and 2017 Miss USA. 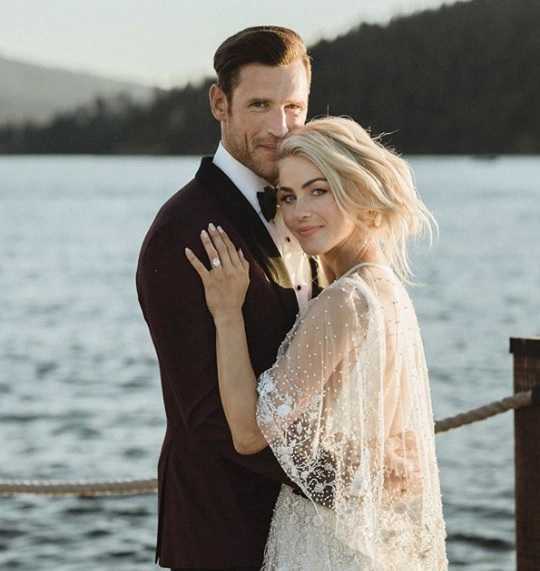 Who is Julianne Hough Married to?

She dated fellow country singer Chuck Wicks from August 2008 to November 2009. Their separation inspired Hough's song "Is That So Wrong". She then dated Ryan Seacrest from April 2010 to March 2013.

She then started dating NHL player Brooks Laich in December 2013. The couple got engaged in August 2015. They later tied a knot to each other on 8 July 2017.

She drove controversy in October 2013 when she donned blackface as part of a Halloween costume depicting Uzo Aduba's character Suzanne "Crazy Eyes" Warren from the Netflix comedy-drama Orange Is the New Black. She later apologized via Twitter.

She has been diagnosed with endometriosis since 2008.

What are Julianne Hough Body Measurements?

What is Julianne Hough Net Worth?

Julianne Hough earns from a career in the entertainment industry. She started her career as a professional dancer on the Dancing With the Stars, of which she later became the permanent judge. She later appeared in several reality shows. She became the judge of the talent show America's Got Talent in 2019. She has also toured with her brother Derek. She also earns from her musical career. She has endorsed Proactiv, Proactiv+, Sole Society, Fitbit, and Juicy Fruit, among others. As of 2019, her net worth is estimated at

Trivias About Julianne Hough You Need To Know.