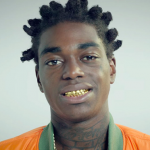 Bill K. Kapri born as Dieuson Octave better known by his stage name Kodak Black is an American rapper and songwriter. He is noted for his singles "Zeze", "Roll-in Peace", "Tunnel Vision", and "No Flockin", as well as his numerous legal issues. In this section, we will talk about Tamron Hall's wiki-bio including her dating rumors, net worth, career, and much more. So, scroll down for more information.

What is Kodak Black Famous For? 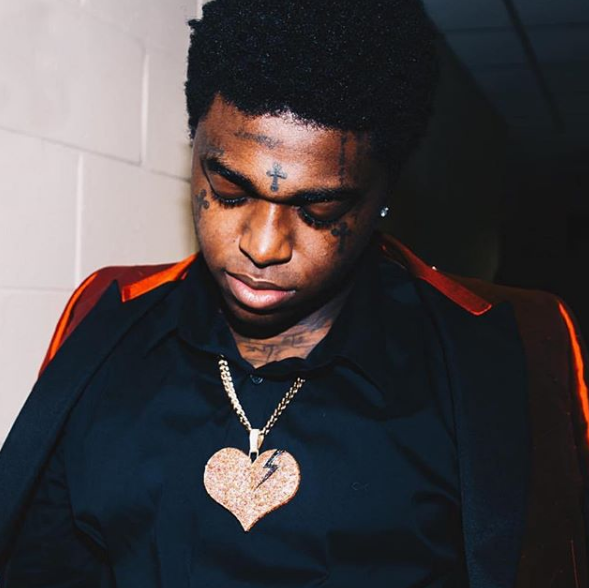 When it comes to legal issues, Kodak Black has a rich portfolio. His criminal record includes the battery, robbery, possession of narcotics, possession of a weapon, fleeing from officers, and false imprisonment of a child. He was also charged with sexual assault.

He has been jailed several times and often uses these experiences in his songs. He also writes and releases songs from jail. Two such songs are “Can I” and “Heartbreak Kodak”.

In January 2017 he streamed a live video on Instagram of himself and his friends while a woman performed oral sex on them. In June of the same year, he shocked the world with his statement that light-skinned women were more attractive than those with dark skin. He also said that he didn’t like his skin complexion. An avalanche of negative comments by fans followed, and the rapper had to delete his social media accounts.

However, the rapper doesn’t seem to plan to improve his behavior. Recently, he wore a ski mask during an interview and called himself ‘Tupac resurrected’, among other weird things. Maybe the reason is his peculiarity earns him so many headlines.

How did Waka Flocka get his name?

Kodak Black was born in Pompano Beach, Florida, U.S. He is American by nationality belonging to the Afro-American ethnicity. His real name is Dieuson Octave. On May 2, 2018, he legally changed his name from "Dieuson Octave" to "Bill K. Kapri".

His parents were immigrants from Haiti. He has an elder brother named John Wicks and also has a younger brother. He grew up in Pompano Beach, Florida. He was raised by his mother, Marcelene Octave in Golden Acres, a public housing project in Pompano Beach.

Kodak Black used the nickname “Black” from the age of six. He also used the nickname “Lil’ Black” and chose the username “Kodak Black” when he joined Instagram. This later became his stage name, as he started to rap with the name and a name was favored by his fans as well.

What does Kodak Black do?

Who is Kodak Black's girlfriend?

In addition, During his incarceration, Kodak Black began to identify as a Hebrew Israelite after a priest who conducts prison ministry studied scripture with him. He later filed to change his name to Bill Kahan Blanco, with Kahan meaning "priest" in Hebrew. On May 2, 2018, he legally changed his name from "Dieuson Octave" to "Bill K. Kapri".

Further, In June 2018, Kodak Black earned his GED while in jail.

How much money does Kodak Black have?

Kodak Black’s net worth is estimated to be $600,000. However, there is a big probability that the rapper’s net worth will be going down due to his numerous arrests and scandalous behavior.

Still, despite the pessimistic predictions about his career, the young rapper has a clear plan for the future “I'm a living legend, you dig?”

What is Kodak Black Height?

Observing his body statistics, he stands a height of 5 feet 6 inches. He has a balanced weight of 66 Kg. His biceps size is 13.5 inches and used to wear 8 (US) size of the shoe. Similarly, his body measures 38-30-35 inches. Furthermore, his eye color is dark brown and hair color is black.

Trivias About Kodak Black You Need To Know.