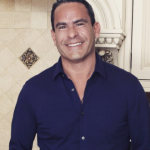 Luis Ruelas is an American businessman, TV celebrity, entrepreneur, and philanthropist who rose to fame being Teresa Giudice's boyfriend-turned-husband. Luis is a co-founder of Digital Media Solutions, a Florida-based digital marketing firm. He has also served as CEO of Interactive Marketing Solutions (January 2000-August 2012) in Nanuet, New York.

What is Luis Ruelas Famous for?

Where is Luis Ruelas From?

On 23rd April 1975, Luis Ruelas took birth with the birth name of Louie A. Ruelas which makes him the present age of 47 as of 2022. He is from Allendale, New Jersey, United States. His nationality is American and his ethnicity is Mixed. He was born into a Christianity religious family. He spent his childhood with his sister, Jennifer Ruelas. He attended Tappen Zee High School for his education. 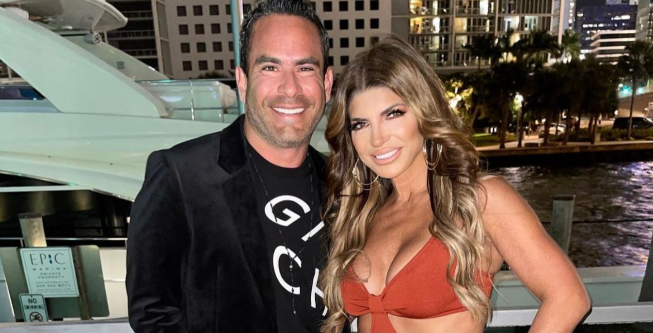 Who is Luis Ruelas Wife?

Luis Ruelas is a married man. He tied the knot to his beautiful girlfriend-turned-wife, Teresa Giudice. The happily married couple married on (6th August 2022) Saturday in front of 220 guests at the Park Chateau Estate & Gardens in East Brunswick, New Jersey. Teresa's four daughters; Gia, 21; Gabriella, 17; Milania, 16, and Audriana, 12, whom she shares with her ex-husband Joe; were all by their mom's side, as were Ruelas's two sons, David and Nicholas, from his previous relationship. Speaking of bridesmaids, the women — including Catania, Aydin, and Giudice's four daughters — wore various gowns in baby pink and held flowing white flowers. The groomsmen coordinated in dark suits. Giudice wore a long, strapless white mermaid gown with a sweetheart neckline, which she paired with white lace gloves. On her head, she wore a crown made of diamonds that held her veil, her highlighted locks and extensions flowing down her back. "I will love you for a million tomorrows," Giudice told her now-husband before their kiss. The pair had their first dance to Ruelle's "I Get To Love You," smoking covering the floor as they twirled around. The event was filmed for a special set to air on Bravo. Giudice, 50, began dating Ruelas, 47, in 2020 after Ruelas asked for Giudice's phone number when they met organically and off camera. Guidice and Ruelas got engaged last October 2021 when he popped the question in a beachside proposal in Greece. Ruelas set up a sign in the sand that read "Marry Me" along with a walkway lined with candles. The moment was complete with a fireworks show for the couple. Since then the couple has continued to show off their love on Instagram, posing for couples photos amid their many travels.

Everything To Know About Teresa Giudice 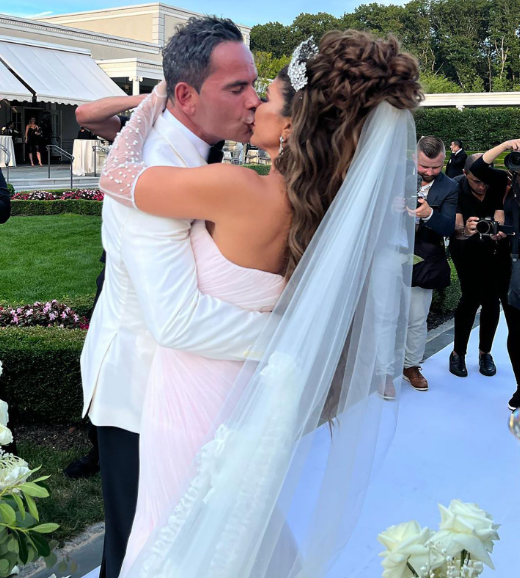 Luis Ruelas's wife, Teresa Giudice is a reality television cast member, author, and entrepreneur who is best known for the starring role in ‘The Real Housewives of New Jersey’. She is known for her extravagant lifestyle and highly publicized financial and legal troubles leading up to her prison sentence. Previously, she was married to Giuseppe "Joe" Giudice.

On the other hand, Luis Ruelas's ex-wife is Vanessa Reiser.

What is Luis Ruelas's Net Worth?

Luis Ruelas is a successful and talented businessman. As of 2022, the net worth of Luis Ruelas is estimated to have $3 Million. His main source of wealth comes from his business career. His present salary is around $1 Million. Today, he is living a lavish lifestyle and he is enjoying his life a lot.

How tall is Luis Ruelas?

Luis Ruelas is a cool and handsome man with an athletic body type. He stands at the perfect height of 5′feet 10″ inch (178 cm) with his body weight consisting of 75 KG. His hair color is black and his eye color is brown. He has got a healthy body at present and he maintains his body a lot.

Trivias About Luis Ruelas You Need To Know.