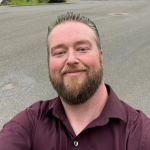 Mike Youngquist is an American reality TV personality who is well recognized for his appearance on the popular show, "90 Days Fiance". He appeared in the seasons 7 and 8 of the show alongside his ex-wife, Natalie Mordovtseva.
Mike became one of the fan favorites as he got into several things while he was on the show as his romance with Ukrainian beauty, Natalie hit walls as there were even rumors of her getting pregnant.

With his growing popularity, he is quite active on social media sites with over 163k followers on his Instagram account: @bigmike90dayfiance. 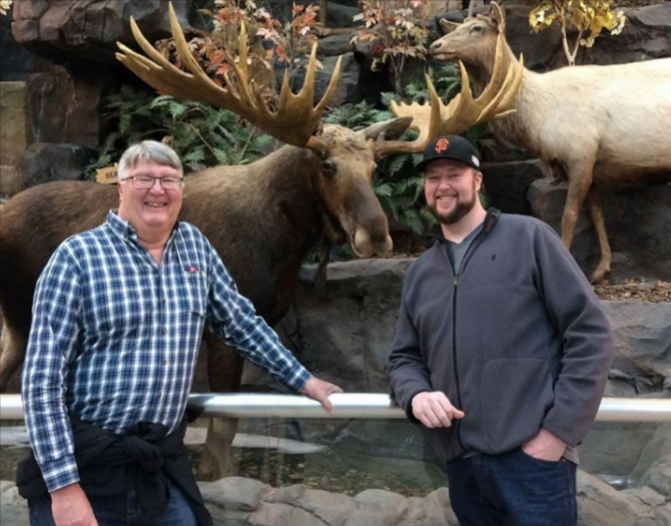 Where is Mike Youngquist from?

Mike Youngquist was born in 1987 in Sequim, Washington, U.S. His birth name is Mike Youngquist. His nationality is American. His ethnicity is white.

Born as one of the sons of his parents; Mike Youngquist Sr.(father) and Sandy Youngquist(mother), Mike was raised in his hometown alongside his brother, Dustin Mcbride.
His parents set a perfect example of true love as they have been together for decades also his father worked at the Co-op farm while his mother was a housewife.

What does Mike on 90 day fiance do for a living?

Mike Youngquist made his first appearance on TV in season 7 of the popular dating reality show, "90 Days Fiance". He came along his love, Natalie Mordovtseva who is from Ukraine, the couple looked peaceful and happy whilst on the show.
The couple met each other through a mutual friend, and later they began chatting online. Immediately, after then he realized that he wanted to be with Natalie and got engaged.

However, things didn't remain the same as in the last season of the show, the pair argued over religion, while Natalie is a devoted religious person, Mike is an atheist who believes in aliens.
Within a short argument, things turned out so worst that Natalie even returned her engagement and Mike went back to his hometown in the United States.

The couple was given a second chance on 90 Day Fiance season 8. That season, Mike and Natalie took the relationship to next level just before the coronavirus outbreak. With their confirmation, Natalie moved to Washington, and by March of 2020, the couple walked down the aisle.
However, as of 2022, the couple is reported to have divorced.

Besides, he worked as a branch manager at White Cap before he went on to the "90 Days Fiance". The firm was in Seattle where he worked with all his might for over 9 years.

Who is Mike Youngquist married to?

Mike Youngquist was a married man and currently is supposed to be dating. He was married to his Ukrainian beauty, Natalie Mordovtseva whom he proposed on his knee in front of the Eiffel Tower. They got married in 2020 after having an on-and relationship.
They met through a mutual friend, and later they began chatting online and developed feelings for each other. H however, their marriage didn't last long as after getting married in 2020, the couple is reported to have split by 2021.

Currently, he is said to have been seeing Marcia "Brazil" Alves. The rumored couple also seems to have visited a race and sports book while Mike was in Vegas. There's no confirmation however, Natalie has posted several pictures of her with Mike on her Instagram posts.

How much is Mike Youngquist's net worth?

Mike Youngquist has earned a good amount of money from his appearance as a reality TV star. His appearance on the show has earned him quite a hefty amount as it was said that he was paid $1000-$1500 per episode counting in ta total of $15k for a season.
Besides, his work as a branch manager surely has earned him dollars including which he has a net worth estimated to be around $500k.

Mike Youngquist is a good-looking man with an average body physique in his 30s. He stands tall with a height of 5ft. 11inches.(1.80m) while his body weighs around 89kg.
He has a fair complexion with brown hair and a pair of blue eyes. His beard on his face makes him more noticeable.

Trivias About Mike Youngquist You Need To Know.