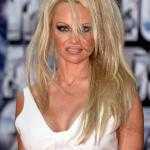 What is Pamela Anderson Famous For?

- She holds the record of most Playboy covers by any person.

- She is considered a sex symbol. 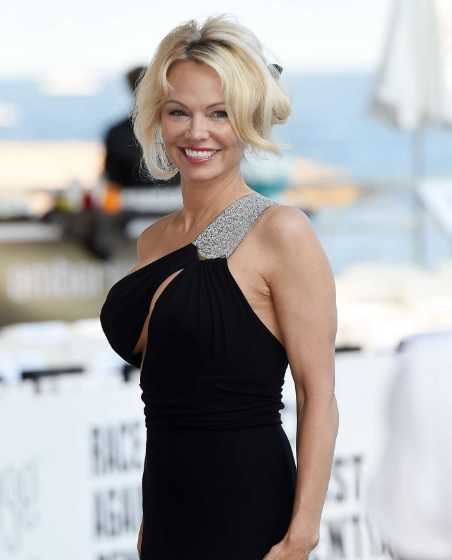 Who is Adil Rami?

Where was Pamela Anderson Born?

Pamela Anderson was born on 1 July 1967. She was born to a father, Barry Anderson, and a mother, Carol Anderson. Her birth name is Pamela Denise Anderson. Her birth place is in Ladysmith, British Columbia, Canada. She holds dual citizenship of Canada and America. She became a naturalized citizen of the United States in 2004. She has Finnish, Romani, Saarijarvi, and Russian ancestry. Her zodiac sign is Cancer. She has a brother Gerry Anderson.

She got media coverage right after her birth as "Centennial Baby". She was born on 1 July 1967, the 100th anniversary of Canada's official founding via the Constitution Act, 1867.

She attended Highland Secondary School in Comox, British Columbia. She played volleyball at high school. She graduated from high school in 1985. She then moved to Vancouver, where she started working as a fitness instructor.

She attended a BC Lions Canadian Football League game at the BC Stadium in Vancouver in 1989. She was featured on the Jumbotron while wearing a Labatt's Beer T-shirt. The brewing company hired her as a spokesmodel. Her then-boyfriend Dan Ilicic produced a poster of her image, Blue Zone Girl.

She initially rose to fame after being selected as the February 1990 Playmate of the Month for Playboy magazine.

He Playboy career spans 22 years. She holds the record for most Playboy covers by any person.

She appeared naked on the cover of Playboy magazine in May 2004. She later posed naked for Stuff and GQ magazines.

She has also appeared in the publication's newsstand specials.

She was also featured on the cover of other fashion magazines such as W, British Marie Claire, Flare, and Elle Canada, among others. 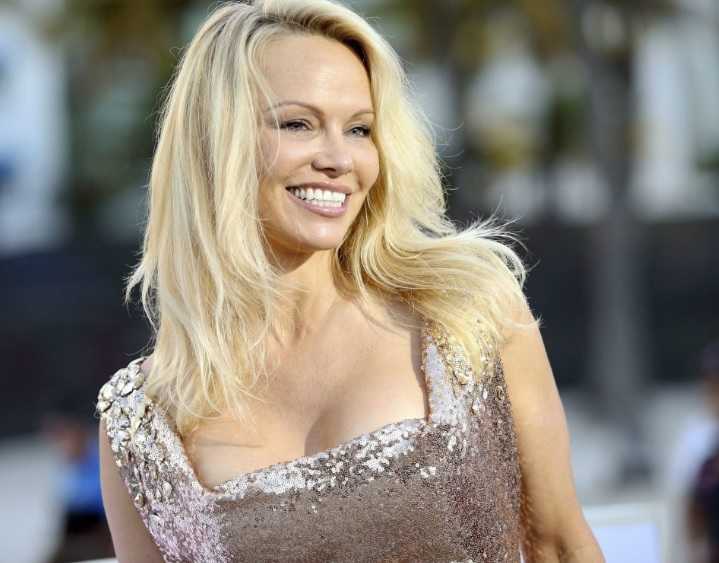 She made her television debut in a small role in 1990 American sitcom, Married... with Children.

She has also appeared in small roles in television series such as Charles in Charge, Married People, Top of the Heap, Days of Our Lives, The Nanny, Just Shoot Me!, Less Than Perfect, 8 Simple Rules, Keith & Kim, Yalan Dunya, Package Deal, among others.

She had voice roles in television series such as Futurama, King of the Hill, and Stripperella.

She hosted Saturday Night Live in 1997 and co-hosted CMT Music Awards in 2003.

She made her film debut in an uncredited role in the 1991 American action film, The Taking of Beverly Hills.

She has appeared in numerous films.

Her major films are Raw Justice, Barb Wire, Blonde and Blonder, Scary Movie 3, Baywatch, among others.

She narrated the documentary, Unity in 2016.

She released the book, Star in 2004. The book is co-written by Eric Shaw Quinn.

Her second book, Star Struck was released in 2005. 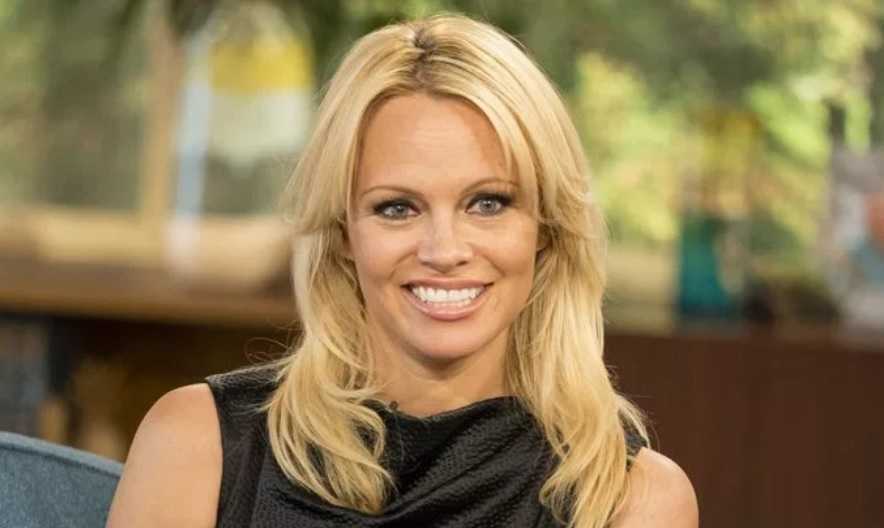 She is one of the popular animal rights activists. She is a vegan. She was featured in PETA campaigns against the use of fur.

She stripped down for PETA's "I'd Rather Go Naked Than Wear Fur" advertising campaign in 2003.

She posed naked with other protestors on a window display of the Stella McCartney boutique in London, England.

She has campaigned against the seal hunting in Canada.

She became a company spokesperson for FrogAds, Inc. in March 2012.

Anderson wrote an open letter to Russian President Vladimir Putin asking to prevent the passage of the cargo vessel Winter Bay with over 1,700 tons of fin whale meat through the Northeast Passage to Japan.

Anderson became a spokesperson for MAC Cosmetics' MAC AIDS Fund in March 2005. The Fund was established to help people affected by AIDS and HIV.

Anderson became the celebrity spokesperson for the American Liver Foundation and served as the Grand Marshal of the SOS motorcycle ride fundraiser.

Anderson wrote an open letter to President Barack Obama in 2009 urging the legalization of cannabis.

She called WikiLeaks founder Julian Assange a "hero" in a statement to People magazine in 2016.

She has starred in video public service announcement by National Limousine Association.

Who is Pamela Anderson Married to?

Pamela Anderson first married Motley Crue drummer Tommy Lee in February 1995, 4 days after they met. They share 2 sons, Brandon Thomas, and Dylan Jagger. Their marriage did not go well. Lee was arrested for spousal abuse and was sentenced to six months in the Los Angeles County jail. They got divorced in 1998. She revealed in 2002 that she had contracted hepatitis C by sharing tattoo needles with Lee. She was cured of hepatitis C as of 2015. The sex tape of her and Lee on their honeymoon was stolen from their home in 1995. The tape became a huge stir on the Internet. She sued the video distribution company, Internet Entertainment Group. They ultimately entered into a confidential settlement agreement with IEG. The sex tape is still available on the Internet.

She then got engaged to the model Marcus Schenkenberg. They ended their engagement in 2001.

She then got engaged to singer Kid Rock. They broke up in 2003. They later got married in July 2006. She suffered a miscarriage while filming Blonde and Blonder. The couple got divorced in 2007.

She stated in February 2007 that she still often had sex with her ex-husband Lee and they were trying to make things work between them.

She revealed on The Ellen DeGeneres Show in September 2007 that she was engaged to film producer Rick Salomon. They applied for a marriage license in Las Vegas in the same month. They got married in October 2007. However, their marriage did not last long. They separated in December. She requested through the courts in February 2008 that the marriage be annulled. She later revealed that she and Saloman remarried on an unspecified date. They got divorced in April 2015.

She is now dating French Footballer Adil Rami since 2017.

She currently lives in Cassis, France with Adil Rami.

What are Pamela Anderson Body Measurements?

What is Pamela Anderson Net Worth?

Pamela Anderson is one of the popular Playboy models. She has earned her fortune from her modeling and acting career. She has appeared in several tv commercials such as for AltaVista, 'Hi' mobile, Uncle Toby's Vita Bricks, TNN, TV Land, Pizza Hut, Walkers crisps, and Patos Sticks, among others. She has also appeared in numerous print ads. She purchased a beach home in Malibu, California for $1.8 million in 2008. Her net worth is estimated at $12 million.

Trivias About Pamela Anderson You Need To Know.