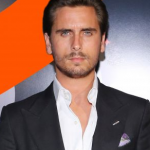 Scott Disick is an aspiring television personality. He is now a well-known TV face that often keeps popping up on the TV screen. The reason may be either his personal or professional issues. He has dubbed himself to be “Lord Disick” and refers to fans & strangers as “peasants”.

What is Scott Disick Famous For?

What Scott Disick Says about Being Called 'Soulmates' With His Ex, Kourtney Kardashian

Last night's episode of Keeping Up With the Kardashians highlighted the Bali trip of Kourtney Kardashian, Scott Disick, and their three children. A local Bali healer, Mas Joko told them that the ex-couples were always soulmates. Disick talked about their Bali trip, especially about being called 'Soulmates'. The 35-years old Scott is currently dating 20-years old model, Sofia Richie. They started dating in 2017. Scott commented, "I definitely don't want to disrespect my relationship with Sofia because it means a lot to me." He added, "Whether Kourtney and I are soulmates or not, I feel like I owe a lot to Kourtney for the times that I missed when I wasn't the best partner to her. So I feel like I will forever be making up for that lost time for the rest of her life."

Khloe Kardashian mentioned to Scott that if she were Sofia Richie, she'd be insecure about his relationship with Kourtney. Scott defended Sofia and that she knew this came along when the two started dating.

Scott and Kourtney share 3 children together, two sons, and a daughter. The couple was in an on-and-off relationship between 2006 and 2015.

Where was Scott Disick born?

Scott Disick was born on the 26th of May, 1983 at Eastport, Long Island, New York, United States. His parent's name is Bonnie Disick and Jeffrey Disick. Being the only kid of his parents, Scott was brought up with full nurture. As a child, he went to the Rodeph Sholom School, located in his homeland. He faced his mother’s death on the 28th of October, 2013, following which his dad passed away a little above 2 months later, on 3rd January, 2014.

Who is Scott Disick’s girlfriend?

Scott Disick’s private life is also as popular as his television appearances. He dated Kourtney Kardashian who is a famous reality TV personality in April 2007. The couple had three children named Mason Dash Disick, Penelope Scotland, and Reign Aston Disick. He cheated on her and got separated in 2008 but later in 2009 they again became together. But again on 6 July 2015, the couple got finally separated.

He also had been romantically linked with Harry Hamlin's daughter, Amelia Hamlin from 2020 to 2021. Their dating rumor sparked after they were spotted together on several occasions.

Currently, he is dating Rebecca Donaldson, UK based model. The couple was first seen out on a date on April 5, 2022. A few days later, on April 7, 2022, Rebecca and Scott Disick made their red carpet debut at Hulu's The Kardashians premiere. Scott and Rebecca's first public outing together was a red carpet appearance at his ex's family show.

How tall is Scott Disick?

Scott Disick’s height is 1.80 m and his body weighs around 72 kg. His chest, waist, and bicep sizes are 42, inches, 32 inches, and 13.5 inches respectively. His eye color is blue and his hair color is dark brown. He has a balanced and healthy body.

What is the Net Worth of Scott Disick?

As of 2022, Scott Disick’s net worth is estimated to be $45 million. The majority of his income comes from reality shows, but he has also established himself in the real estate business.