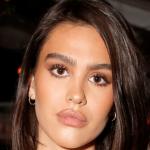 Amelia Hamlin is an American model and social media personality who is well known for being the daughter of actress Lisa Rinna and actor Harry Hamlin. Born as the daughter of a celebrity couple, Jamlin got much recognition in modeling when she walked the runway at the Dennis Basso New York Fashion Week alongside her mother Lisa and sister Delilah Belle Hamlin.

She even has made appearances on "The Real Housewives of Beverly Hills" alongside her mother. Hamlin caught headlines when it was confirmed that she was dating Scott Disick, who is 18 years older than her.

Amelia is currently signed to Women 360 Management modeling agency in New York. She made her first television appearance in a 2010 episode of "Harry Loves Lisa". Besides, Hamlin has quite good followers on social media sites with over 696k followers on Instagram: @ameliagray and over 2.8k followers on Twitter: @AmeliaGHamlin.

What is Amelia Hamlin Famous for? 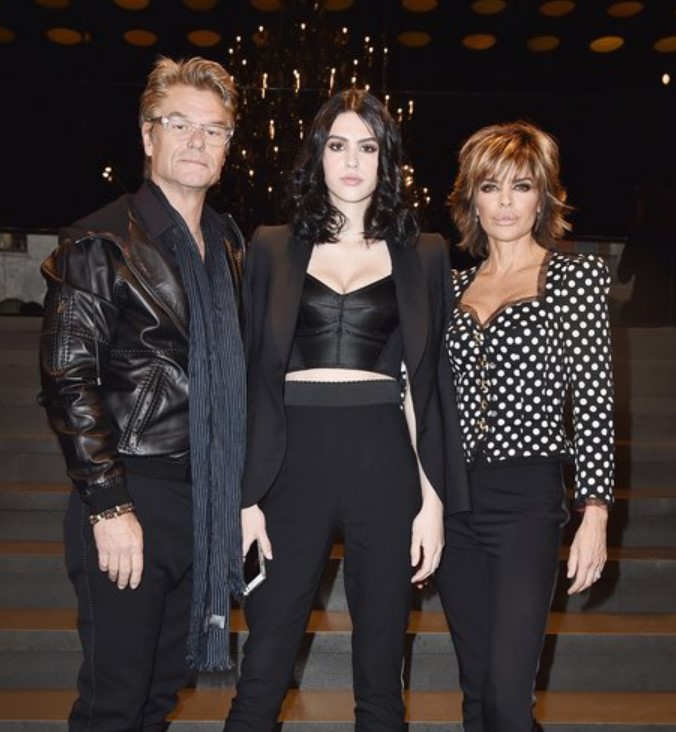 Where was Amelia Hamlin Born?

Amelia Hamlin was born on June 13, 2001, in Los Angeles, California, United States. Her birth name is Amelia Gray Hamlin. Her nationality is American. Hamlin belongs to the White ethnicity while Gemini is her zodiac sign.

Amelia Hamlin was born as the youngest daughter to her well-renowned parents: Lisa Rinna(mother) and Harry Hamlin(father). Her father, Harry is an actor and entrepreneur known for his roles in "Clash of the Titans" and as "L.A. Law" while her mother, Lisa is an actress and television personality best known for her appearance on Bravo’s hit reality television series, "The Real Housewives of Beverly Hills".

Amelia has two elder siblings; a sister, Delilah who is also a model and Instagram personality, and a half-brother, Dimitri, an actor and model from her father's previous relation with Ursula Andress.

Born and raised in a privileged environment, Amelia developed an interest in modeling since her childhood following her mother's path. She attended "The Archer School for Girls" for her education later dropped out to focus on a modeling career. 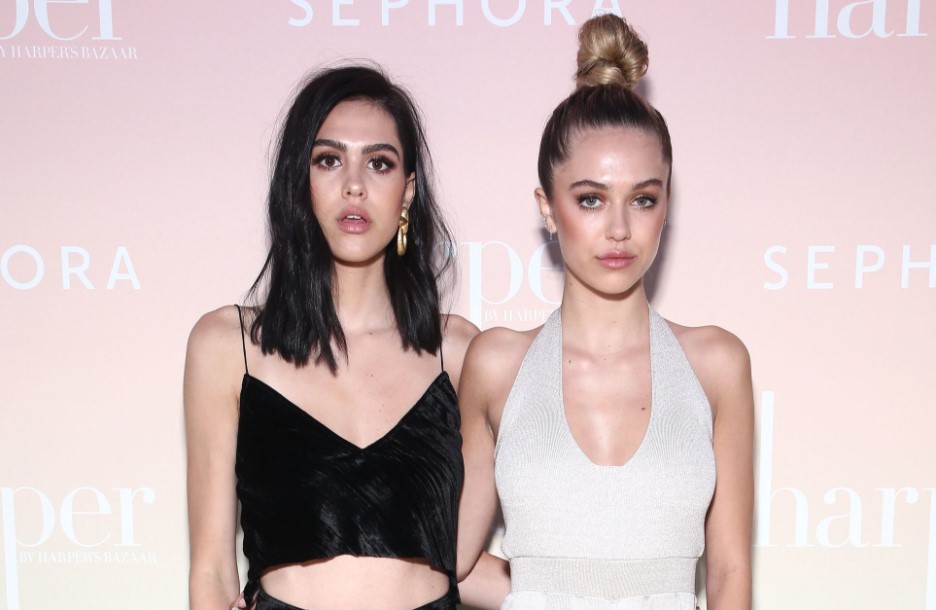 Amelia Hamlin has a stable career as a model as she has worked with several modeling agencies appearing on magazines alongside her mother, Lisa. Hamlin is currently signed to Women 360 Management modeling agency in New York which she signed in June 2020. Previously she was signed to IMG.

Hamlin got much recognition when she walked the runway at the Dennis Basso New York Fashion Week alongside her mother and sister on February 9, 2020. She even has made appearances on "The Real Housewives of Beverly Hills" starring her mother during which she was accused of faking her eating disorder to be more on air.

Hamlin made her first television appearance in a 2010 episode of "Harry Loves Lisa".Besides, she has endorsed brands such as Misguided, BLUE SALT, Coach. 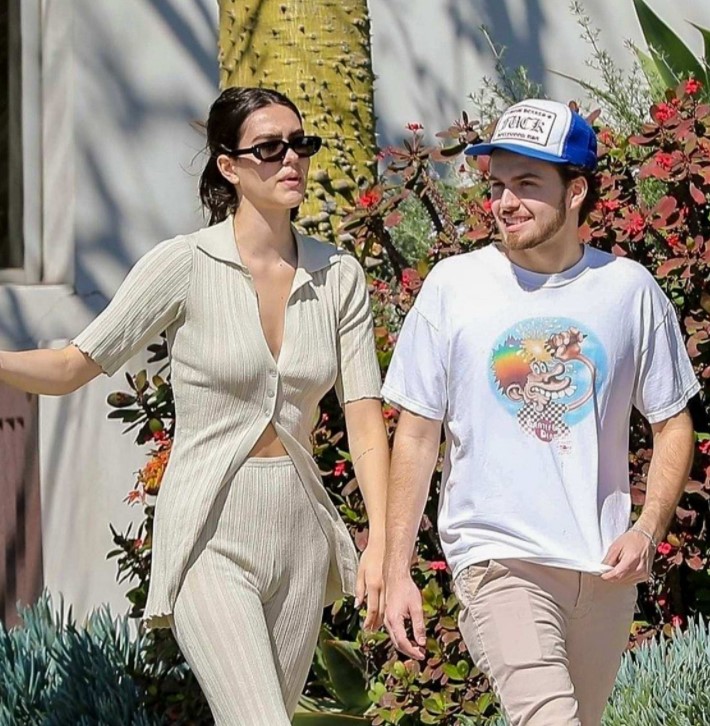 However, Hamlin has been rumored to be dating Scott Disick recently. Disick is also a well-known television personality who is 18 years older than her. The rumors rose when Hamlin was captured together with Disick at the beach in November 2020. Hours later, the pair were spotted grabbing dinner-for-two at a swanky restaurant in Malibu.

Scott himself confirmed his new relationship with Amelia as they have been appearing to confirm their relationship by strolling next to one another lovingly on the shoreline. They were first spotted when they were seen arriving at Kendall Jenner's birthday party on Halloween. They then were spotted arriving together to the celeb-filled bash, held at Harriet’s Rooftop at 1 Hotel in West Hollywood, CA.

Currently, Amelia is dating Disick despite the age gap of 18 years.

Besides, Gray was diagnosed with anorexia which she revealed back in 2018. On August 25, 2020, in an episode of ‘The Skinny Confidential Him & Her Podcast’, she revealed that it took family intervention for her to get treatment which was really hard for her.

Everything To Know About Scott Disick 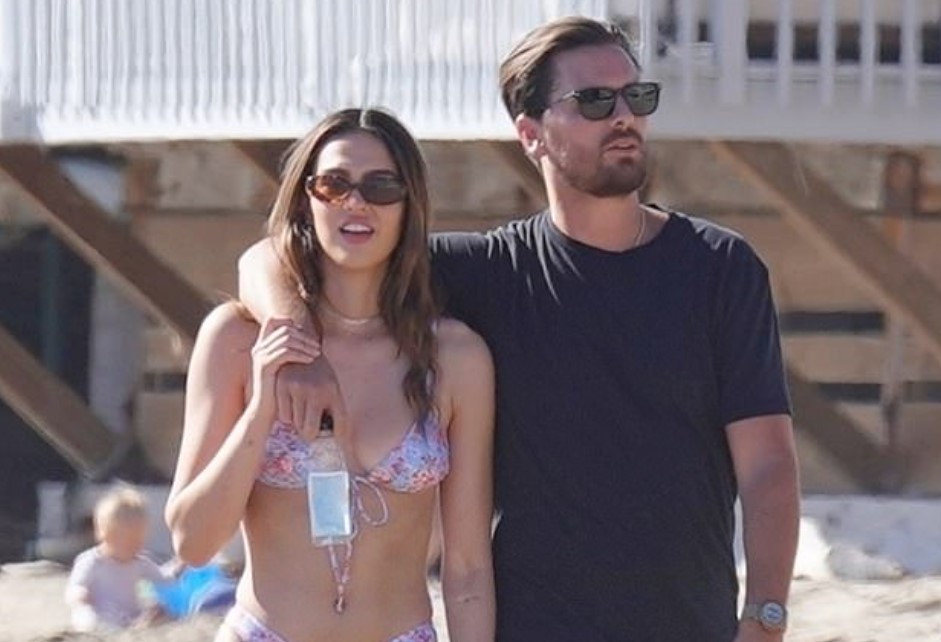 Amelia Hamlin has quite good earnings from her professional career as a model. With her modeling contracts and her appearances on the show, Hamlin has managed to amass a healthy fortune which is estimated to be around $200k.

Amelia Hamlin is a gorgeous lady with a well maintained hour-glass body physique in her late teens. She stands tall with a height of 5ft. 9inch.(1.75 m) while her body weighs around 55kg(121 lbs). Her body measurement is around 32-25-34 inches with a bra size of 32B, and 12 US as her dress size. She has a fair complexion with brown hair and brown eyes.