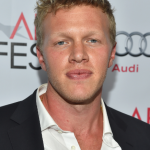 Sebastian Bear-McClard is an actor, director, and film producer who is best known for his credits in the films "Heaven Knows What" (2014) and "Good Time" (2017). He is also famous for being the ex-husband of model Emily Ratajkowski. He made his film debut as an actor in 1990 as a young boy in "Force of Circumstance". He made his producing debut on the 2006 film "Still Life". Since then, he has starred in a handful of feature films and short films. Also, he has received several nominations at Film Independent Spirit Awards and Gotham Awards for his work in "Good Time" and "Heaven Knows What".

What is Sebastian Bear-McClard Famous For?

Who are Sebastian Bear-McClard Parents?

Sebastian Bear-McClard was born on 27th March 1987 in New York City, the USA. His nationality is American and he belongs to the American-White ethnicity. As of 2022, he celebrated his 35th birthday.

He was born into a Christian religious family. He is an only child born to his parents. Thus, he has no siblings. His mother, Liza Bear, is a famous filmmaker, and his father, Michael McClard is an artist. He started working in the movies at a very young age.

Sebastian completed his education at a reputed university in New York. During high school, he was the official videographer of the high school's rap group.

Who is Sebastian Bear-McClard Wife?

Sebastian Bear-McClard was a married man. His ex-wife Emily Ratajkowski is an English model and actress who has appeared on the covers of magazines such as Vogue USA, Elle Greece, Vogue Australia, Marie Claire USA, Harper’s Bazaar Greece, Harper’s Bazaar Singapore, Harper’s Bazaar Mexico, Vogue Spain, Elle Australia, and others. On Valentine’s day of 2018, Emily was first seen with film actor, producer, and director, Sebastian Bear-McClard. They had known each other for years due to the same circle of friends. On 23rd February 2018, it was revealed that she married Sebastian at a New York City courthouse wedding. The news of their wedding came across as a surprise to their fans as the couple had kept their relationship under wraps. Neither had they spoken about their relationship nor did they ever confirm dating each other. Some sources suggest that they both started seeing each other in January 2018, after Emily broke up with her then-boyfriend, Jeff Magid. In October 2020, the couple announced that they were expecting their first child together. They welcomed a son named Sylvester Apollo Bear on 8th March 2021. In July 2022, it was revealed that the couple had separated after 4 years of marriage. US media outlets including, E!, People magazine, and Page Six have reported the break-up, with People citing a source close to Ratajkowski, 31, saying: "They split recently. It was Em's decision. She is doing okay." Neither Ratajkowski nor Bear-McClard have publicly commented on the reports. 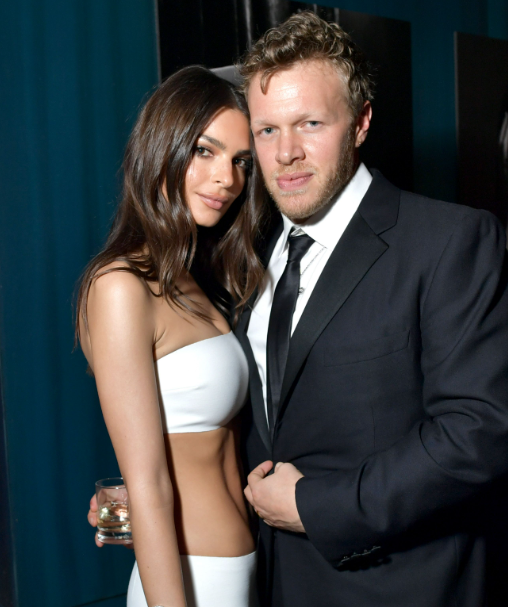 Everything To Know About Emily Ratajkowski

How much is Sebastian Bear-McClard Net Worth?

Sebastian Bear-McClard is a renowned actor, filmmaker, and producer who has made a quite good amount of money from his career work. As of 2022, the net worth of Sebastian Bear-McClard is estimated to have $5 Million. His source of wealth comes from the entertainment industry. His salary is in around $1 Million at present. He is living a standard lifestyle at present and he is satisfied with his earnings. He is also one of the partners of a production company, Elara Pictures.

How tall is Sebastian Bear-McClard?

Sebastian Bear-McClard stands at the height of 5 feet 10 inches or 1.78 m or 178 cm. He has a sparkling pair of blue eyes and his body weight consist of 80 Kg or 176.37 lbs. His hair color is blonde. He maintains his body a lot by doing frequent exercise and he is very conscious about his food intake.

Trivias About Sebastian Bear-McClard You Need To Know.