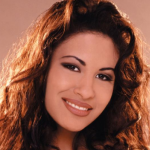 Selena Quintanilla was an American singer, songwriter, model, actress, spokesperson, and fashion designer. She was a Tejano exhibiting artist who earned a Grammy Award for Live! in 1994 for Best Mexican/American Album and marketed over twenty-one million albums. Her song, “Dreaming of You” emerged as a thirty-five-times Platinum-selling hit. Selena recorded her debut studio album, Selena, in October 1989. It touched no.7 on “Regional Mexican Albums” charts. Further. Selena was 23 years old when she was murdered on March 31, 1995.

What is Selena Quintanilla famous for?

How Did Selena Quintanilla Die?

Yolanda Saldívar was brought in to take charge of Selena’s boutiques as well as the running of the Selena Fan Club. It was soon discovered, however, that Saldivar was embezzling money from both of the ventures. At the time, she had already made away with more than $30,000.

Quintanilla, Jr. took it upon himself to confront Saldivar whom he later fired and banned from getting anywhere near his daughter. Nevertheless, because Selena saw her as a friend and someone important to her business, she tried reestablishing the relationship and decided to meet with her together with Perez to get some missing documents for the purpose of Tax records. They were later to realize that Saldivar gave them fake documents.

Saldivar convinced Selena to return to the motel where they met alone to get the right documents that night, but on the insistence of Chris Perez, she left it for the next day. On March 31, the singer met her former manager at the motel to get the right documents only to be met with stories by Yolande Saldivar claiming she had been raped in Mexico. Selena drove Saldivar to the hospital where doctors examined her and saw no sign of rape.

Back to the motel, Selena terminated their working relationship but as she made to get away, Saldivar took out a revolver from her handbag and shot the singer as she tried to escape. Selena Quintanilla Perez ran into the lobby where she collapsed while asking for help and asking that the door is locked so that Yolanda doesn’t shoot her again. She also gave the name of Yolanda and the room number she was in (158).

She was rushed to a local hospital there in Corpus Christi but she died a few hours later. Meanwhile, Yolanda Saldivar who tried to escape the scene of her heinous crime was arrested by the police and was later found guilty of First-degree murder and sentenced to life imprisonment with eligibility for parole after 30 years.

After her death, George W. Bush who was then the Governor of Texas declared April 16, which was her birthday as Selena Day in the state.

Selena Quintanilla-Pérez became even more popular following her death and many children born were named after her. Her funeral was witnessed by many fans, with close to 40,000 people walking by her casket. Her funeral rites held at the San Fernando Cathedral and she was laid to rest at the Seaside Memorial Park in Corpus Christi.

Where did Selena Quintanilla grow up?

Going back to her early life, the singer first landed on the earth to make the world musical in 1971, as Selena Quintanilla-Pérez. She was born in Lake Jackson, Texas, United States. Selena was the youngest child of her parents. She has two siblings and they are A.B. Quintanilla III and Suzette Quintanilla.

Selena belonged to the multiracial ethnical background. She had Mexican-American ancestry on her father’s side, while was of Cherokee Indian descent on mother’s side. Her religion was Jehovah’s Witness. She used to celebrate her birthday every April 16. Her zodiac sign was Aries. She was born to parents Abraham Quintanilla Jr. and Marcella Ofelia Quintanilla. Selena was the holder of American nationality.

Her father served as a former musician. Selena went to Oran M. Roberts Elementary School. After that, Selena visited West Oso Junior High in Corpus Christi and finally ended her school education from the American School of Correspondence in Chicago. Selena got enrolled at Pacific Western University and picked business administration as her major. She started singing at the age of 3.

Who was Selena Quintanilla Married to?

Revealing some facts about her personal life, Selena was married. She married Chris Perez on April 2, 1992. They privately got married in Nueces County. There is no information available for their children. The duo was living their married life in a pleasant way till 1995. She was murdered by the founder of her fan club on March 31, 1995. Selena had a straight sexual orientation.

How much net worth Selena Quintanilla had?

According to some online sources, Selena had an estimated net worth of $25 million before her death. However, Her salary was not disclosed till dates. Her source of wealth comes from TV commercials like Shampoo, Coca-Cola, etc. She didn’t have any social media account.

How tall Selena Quintanilla was?