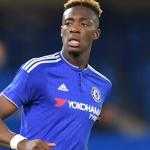 Kevin Oghenetega Tamaraebi Bakumo-Abraham, professionally known as Tammy Abraham is an English professional football player. He plays as a striker for Premier League club Chelsea and the England national team. He started his youth career from Chelsea academy before making his senior team debut for Chelsea in 2016. He played for Bristol City, Swansea City, and Aston Villa before returning to Chelsea.

He represented England youth teams at different age levels. He made his senior international debut in November 2017.

What is Tammy Abraham Famous For? 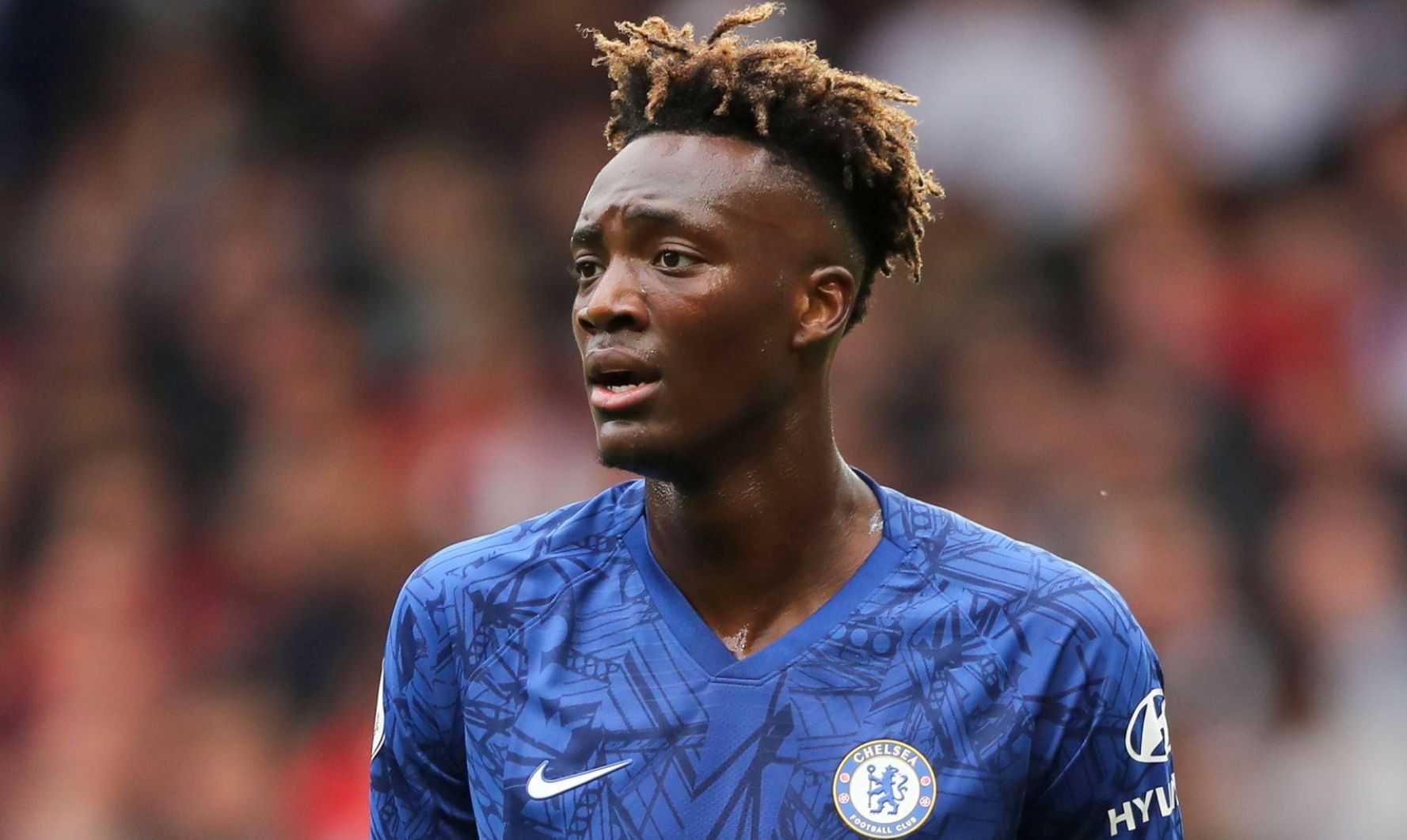 Where was Tammy Abraham Born?

Tammy Abraham was born on 2 October 1997. His birth name is Kevin Oghenetega Tamaraebi Bakumo-Abraham. His birth place is in Camberwell, London in England. He holds English nationality. He is of Nigerian descent and belongs to African-American ethnicity. he has a younger brother named Timmy.

He joined the Chelsea Academy's under 8 levels. He developed him through the club's academy. He was part of the club's youth team that recorded consecutive triumphs in both the UEFA Youth League and FA Youth Cup in 2015 and 2016. He was the 2015-16 UEFA Youth League's second-highest goal scorer with 8 goals. He scored 74 goals in 98 matches across all competitions for the club's various youth teams during the 2014-15 and 2015-16 seasons.

Abraham was invited to train with the club's senior team at the back end of the 2015-16 season.

He made his professional debut against Liverpool on 11 May 2016. He came on in as a substitute in the 74th minute.

He made his home debut against Leicester City in the same month. 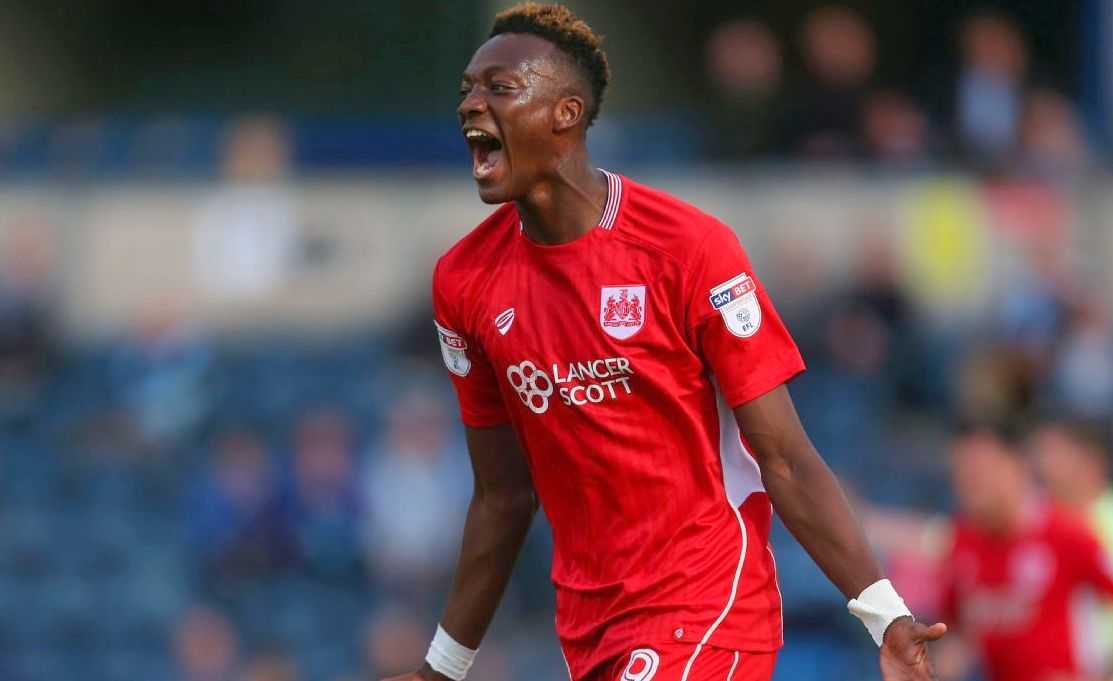 Chelsea loaned Abraham to Championship club Bristol City for the 2016-17 season in August 2016.

He made his Bristol City debut against Wigan Athletic.

He scored his first goal for the club against the Wycombe Wanderers in the EFL Cup.

He finished the season as the Championship's second top scorer with 23 goals. 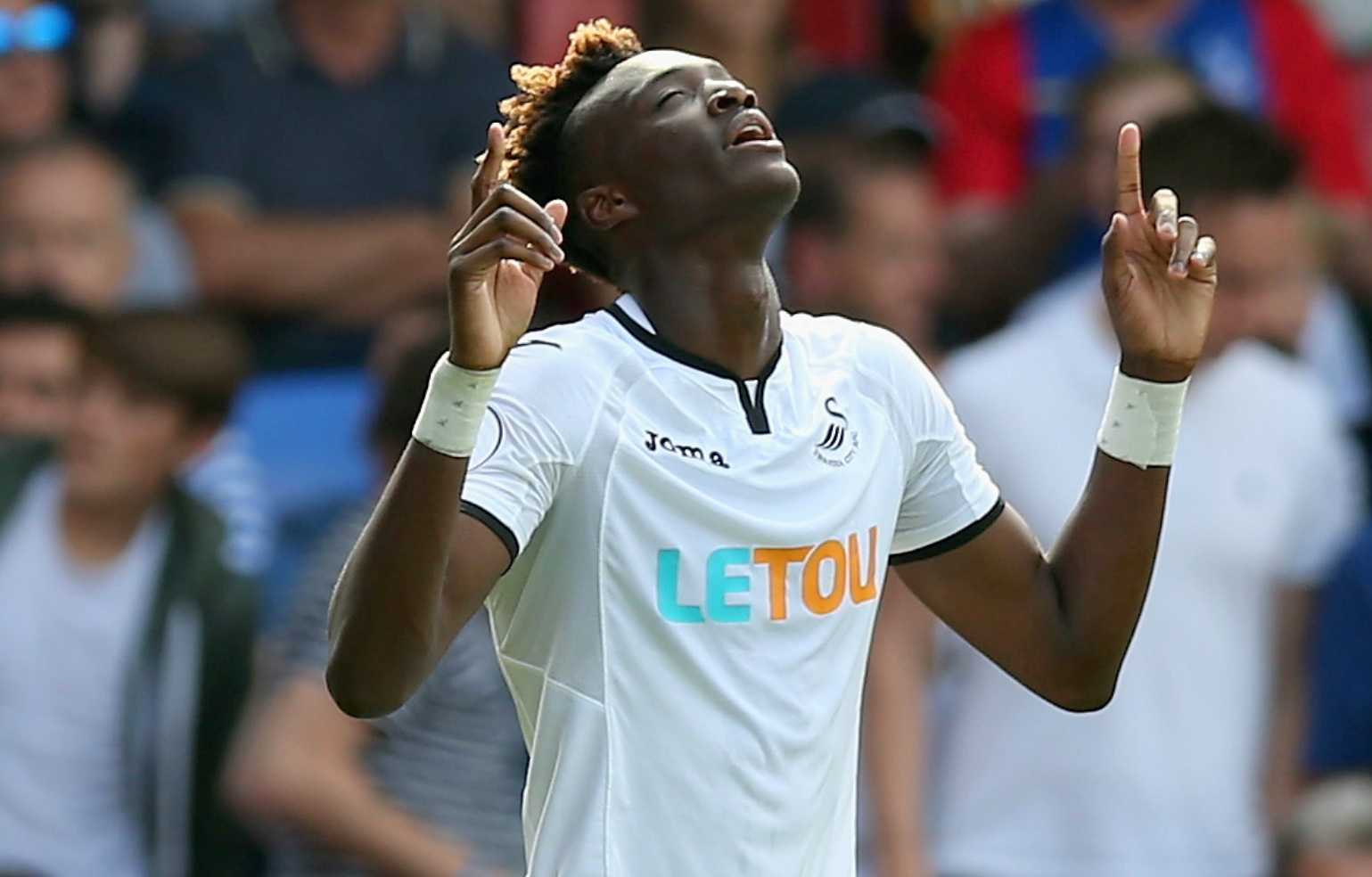 Chelsea signed a five-year contract with Abraham in July 2017 and then loaned him to fellow Premier League club Swansea City on a season-long loan.

He made his Swansea debut on 12 August against Southampton.

He scored his first goal for the club against Milton Keynes Dons in the League Club in August 2017.

He scored his first Premier League goal for Swansea against Crystal Palace in the same month.

Abraham failed to meet his goal scoring stats for the rest of the season.

Swansea relegated from the Premier League at the end of the season.

He finished his stint with the club with 8 goals in 39 appearances across all competitions. 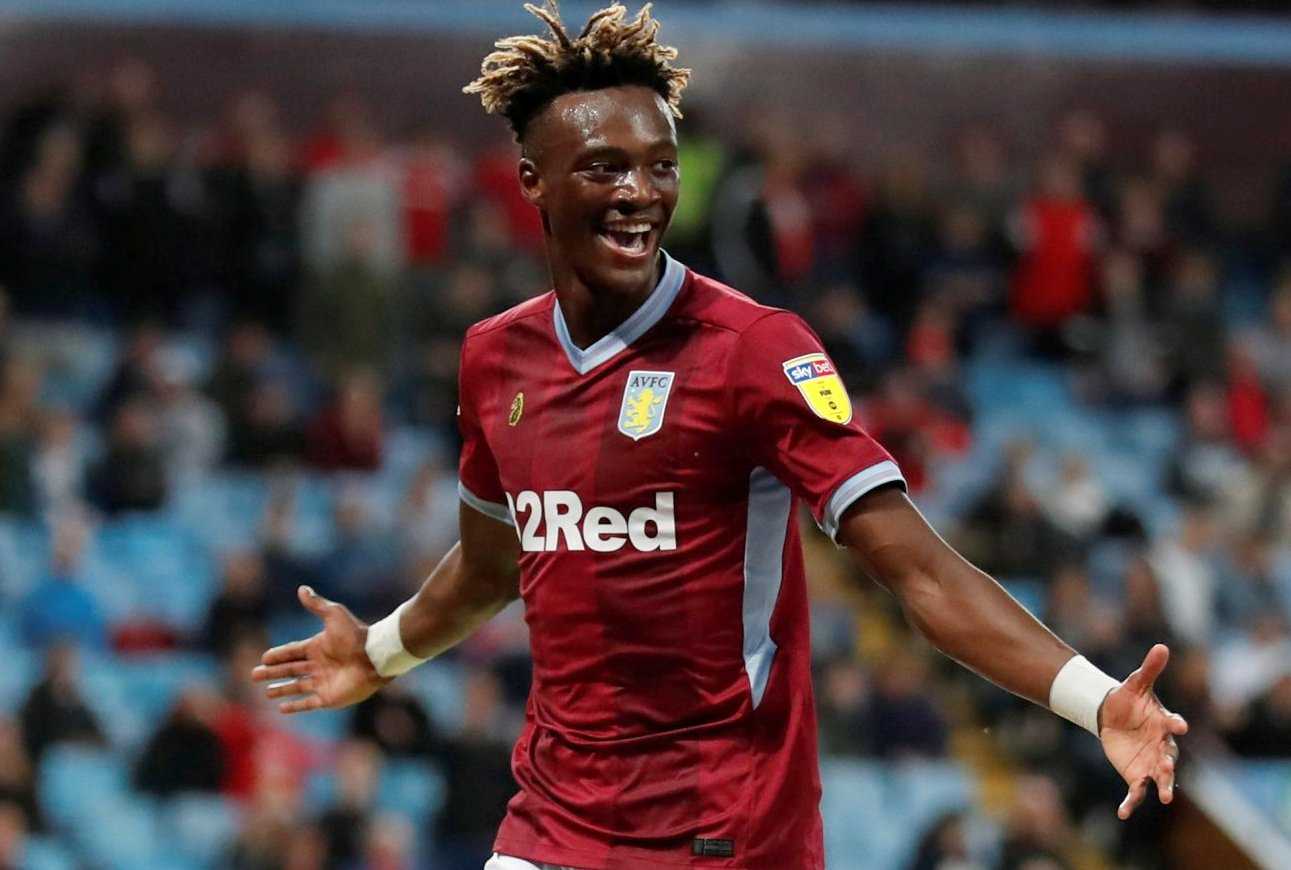 He returned to Chelsea following the 2017-18 season.

He was once again loaned to the Championship club Aston Villa for the 2018-19 season.

He made his Villa debut against the Blackburn Rovers on 15 September 2018.

He scored his first goal for the club against the Rotherham United.

He made an impressive start for Aston Villa in the early season.

He became the first player since Pongo Waring in 1993 to score consecutive home games for the club in January 2019.

He became the first player since Peter Withe in 1981 to score 20 goals for the club in a single season in February 2019.

He helped the club to promotion to Premier League winning EFL Championship Playoff.

He scored 26 goals in all competitions for Aston Villa. 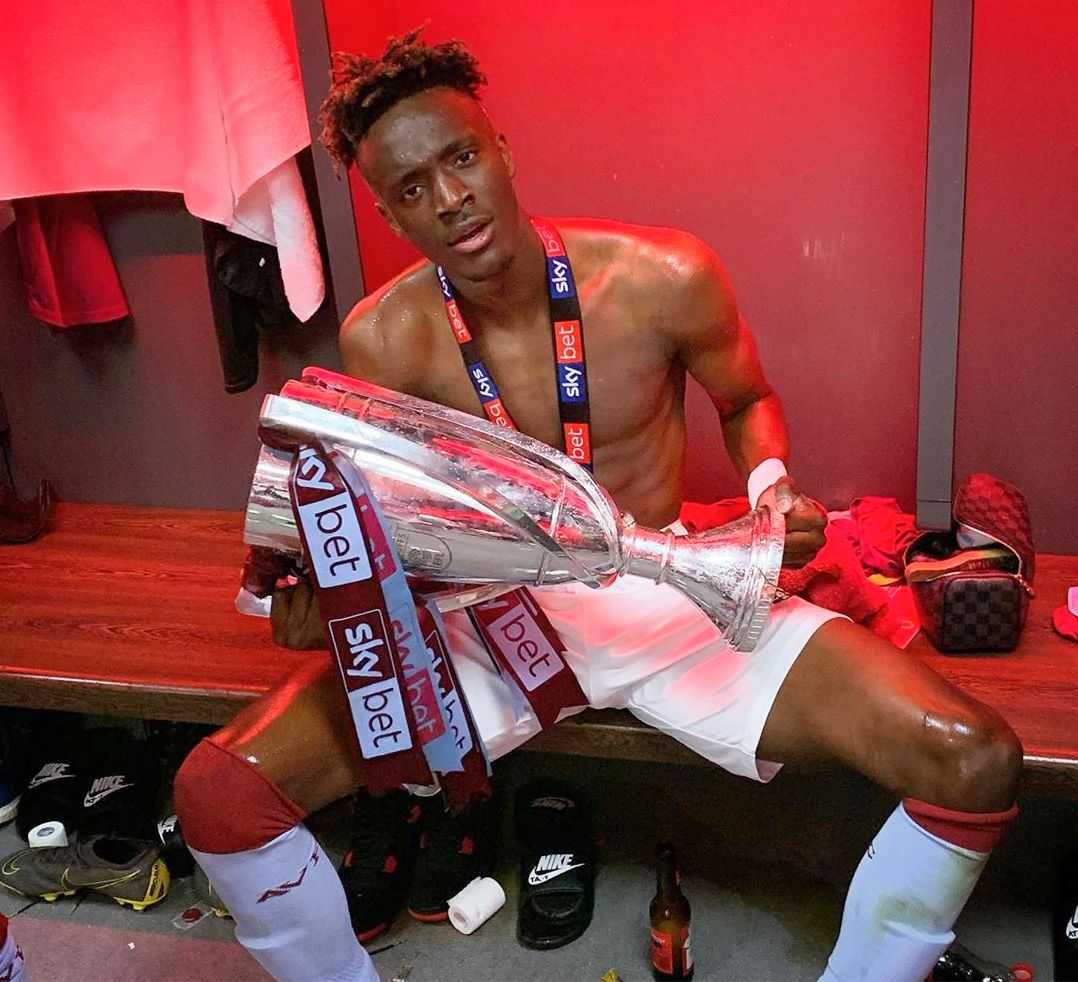 He returned to Chelsea following his loan spell with Aston Villa.

He was given the No. 9 shirt at Chelsea.

He made his Chelsea debut upon returning from loan spell against Liverpool in the 2019 UEFA Super Cup Final. His deciding penalty in a penalty shoot-out was saved by Liverpool goalkeeper, Adrian. Chelsea lost the cup to Liverpool.

He scored his first Chelsea hat-trick against Wolverhampton Wanderers in August 2019, making him the youngest player to score three goals in a match for Chelsea in the Premier League era at the age of 21 and 347 days. He also scored an own goal in the same match.

He was eligible to represent Nigeria national team through his paternal lineage. Despite of Nigeria Football Federation efforts, Abraham chose to represent England.

He represented England U18, U19, and U21 before making his senior team debut in November 2017. He helped England U21 team to win the Toulon Tournament in 2018.

He made his senior team debut in a friendly against Germany on 10 November 2017.

He has yet to score his first international goal for England's senior team.

Championship Player of the Month: November 2018 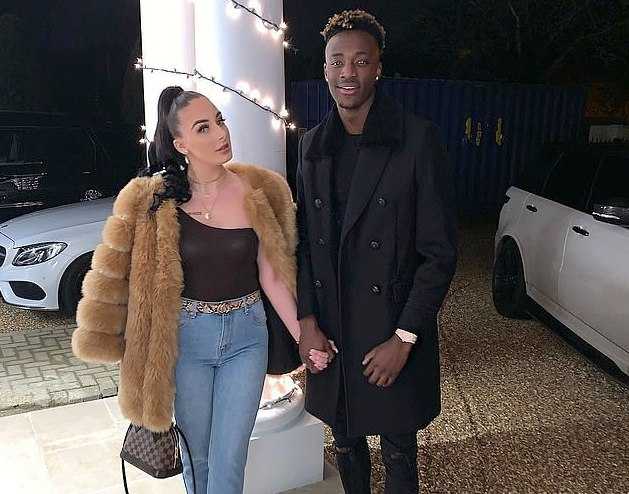 Who is Tammy Abraham Dating?

Tammy Abraham is unmarried. He is focusing his professional career in football. He is young to get married at present. However, he is not single. He is dating lifestyle vlogger, Leah Monroe.

He was once involved in a motor vehicle accident in January 2017. He was alleged to have been driving without a license or insurance. As a result, he was summoned to the court.

What are Tammy Abraham Body Measurements?

Tammy Abraham stands at a height of 1.9 m i.e. 6 feet and 3 inches tall. He has a body weight of 80 kg. He has an athletic body build. He has dark brown eyes and his hair color is black. He has curly hair.

What is Tammy Abraham Net Worth?

Tammy Abraham earns from his professional football career. His income comes from contracts, salary, and endorsements. He has an endorsement deal with Nike. After signing a contract extension with Chelsea, his annual salary is reported at 2.7 million Euro. His net worth will be updated soon.

Trivias About Tammy Abraham You Need To Know.