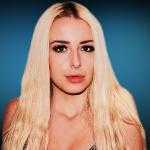 Tana Mongeau is an American Youtuber and internet personality who regularly posts 'story time' videos and ranks about her social life in her own youtube channel, "Tana Mongeau". She recently got engaged with her boyfriend, Jake Paul on 24th June 2019 on her birthday.

What is Tana Mongeau famous for? 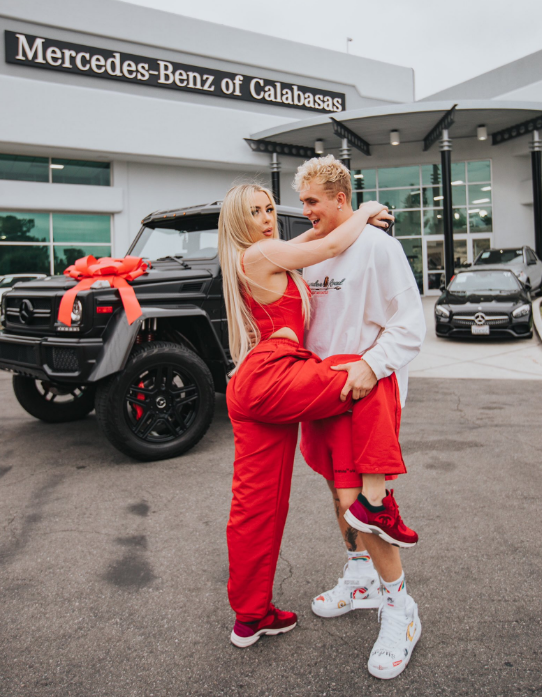 Who is Jake Paul Internet Personality?

When was Tana Mongeau born?

Tana Mongeau was born on 24th June 1998 in Las Vegas, Nevada, US. Her birth name is Tana Marie Mongeau. American is her nationality. Her ethnicity is White. Cancer is her zodiac sign.

She was born to Richard Mongeau(father) and Rebecca Mongeau(mother). She is the single child of her parents.

She was raised in her hometown, Las Vegas. She told an unnamed man stalked upon her in 2nd grade, and talked about it in her video titled "My Stalker took pictures of my sleeping body".

She began blogging the videos at the age of 17.

How is Tana Mongeau's career?

- She started building her blogging videos since 2015. She gained huge popularity after her video "Kicked Out Of Wall Mart" was out.

- Soon after that, she started her own youtube channel "Tana Mongeau" in the same year 2015. She started putting videos which mainly discussed her life and personality in her youtube channel.

- She posted the popular video "The N-Word" on her youtube channel on 24th January 2017 that gained over 7 million views. After that, she started posting many videos such as "An Apology".

- She is also an MTV reality star, and very soon she is going to be featured on a new program “Tana Turns 21” as announced on 29th April 2019.

- Also in May 2019, Mongeau was said to be a cast in "Featured Creator" at the convention by VidCon.

Who is Tana Mongeau Engaged to?

The 21 aged, Tana Mongeau is currently engaged to her boyfriend Jake Paul. The couple announced that they got engaged in social media on June 24, 2019. The couple had been dating since April 2019. Jack Paul is also a popular YouTube star and Internet personality.

She previously dated Somer Hollingsworth(social media star) in 2015. The couple met each other in Reno, Nevada, where Tana had been for the weekend with her buddies. However, they broke up.

She also was in a relationship with Bella Thorne from 2017 to February 2019. She then dated Brad Sousa from February to April 2019.

What is the net worth of Tana Mongeau?

The social media personality, Tana Mongeau has an estimated net worth of $1 million. Tana has a great earning from her popular youtube channel "Tana Mongeau".

Tana also makes money from her endorsements and from different brands that sponsor her videos. Tana has a luxurious lifestyle, she has different merchandise products, T-shirts and hoodies on Redbubble.

Her merchandise costs $19.90. Additionally, Merchandise sales are also the reason for Tana’s growing net worth.

How tall is Tana Mongeau?

The beautiful, Tana Mongeau has a well-maintained body figure. She stands tall with a height of 5ft 5.5inches and has a body weight of 55kg.

She has a body measurement of 34-25-37 inches. Tana has a fair complexion with black eyes and blonde hair.