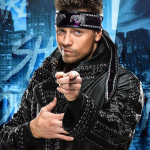 Facts About The Miz

The Miz is an American professional wrestler, actor, and TV personality. He is currently signed to WWE, where he performs on the Raw brand under the ring name The Miz. He is known for his successful career with WWE and for winning numerous wrestling championships. From 2001 to 2006, Mike participated in 9 reality shows. Except for Real World/Road Rules Challenge: Battle of the Sexes 2, he made it to the finale of all the other shows and won Real World/Road Rules Challenge: Battle of the Seasons (2002) and The Inferno II (2005), and Fear Factor: Reality Stars (2006). In 2018, he became an executive producer of a reality show based on his family life called Miz & Mrs aired on USA Network. He has also starred in films produced by WWE Studios, namely The Marine franchise, Christmas Bounty (2013), and Santa's Little Helper (2015). He signed with WWE in 2004 and debuted on the main roster in 2006. He has won the WWE Championship twice, the Intercontinental Championship eight times, the United States Championship twice, as well as a total of eight tag team championships, giving him 20 overall championships in WWE.

What is The Miz Known For?

What is The Miz Real Name?

The Miz was born with the real name of Michael Gregory Mizanin on 8th October 1980, in Parma, Ohio, the USA. He is the son of George Mizanin and Barbara Pappas. His parents divorced when he was just 11 years old and started living with his mother and stepfather Donnie. He has two half-siblings; a brother namely Johnny and a sister namely Tonia. His dad, George Mizanin owns several Mr. Hero sandwich shops in the Cleveland area. His mum Barbara Pappas aka Queenie is a healthcare professional, and psychology graduate. His nationality is American and his ethnicity is mixed as he has Austrian, Hungarian, Slovak, and Romanian ancestry on his paternal side as well as Greek, German, and English ancestry on his maternal side. He attended Normandy High School and was the captain of its basketball and cross country teams. Similarly, he also participated in swimming and was a member of the student government and the editor of his high school yearbook. He then enrolled at Miami University, where he was a member of the Theta Chi fraternity. he studied business at the Richard T. Farmer School of Business. His present age is 41st birthday as of 2021.

How did The Miz start his career?

The Miz Awards and Achievements

Everything To Know About John Cena

How much is The Miz Net Worth?

The Miz is a multi-talented man who is a professional wrestler, actor, and television personality. He has been part of World Wrestling Entertainment for almost two decades now. He is not only one of their most successful pro wrestlers, but he is also one of their most successful reality stars. He has made a huge fortune from his career work. As of 2022, the net worth of The Miz is estimated to have $20 Million. He is making his salary in more than $2 Million. His main source of wealth comes from his wrestling career whereas he is also making a cool amount of money from the entertainment industry. He receives a lot of bonus money from winnings and for his face on the WWE merchandise. He also earns from the Pay-Per-View scheme. He endorses the WWE merchandise related to WWE SmackDown. He owns a house in Hollywood Hills worth $3.65 Million. But he bought the house for $1.865 million five years before. He is known to own several luxurious cars including Audi. He is living a lavish lifestyle at present.

Who is The Miz Wife?

The Miz is a married man to his longtime girlfriend, Maryse Ouellet. They started dating in 2008 and got engaged in 2012. The couple got married on 20th February 2014 in The Bahamas. They have two daughters named Monroe Sky Mizanin (b. March 2018) and Madison Jade Mizanin (b. September 2019). She is a French-Canadian fellow WWE wrestler. His sexual orientation is straight. 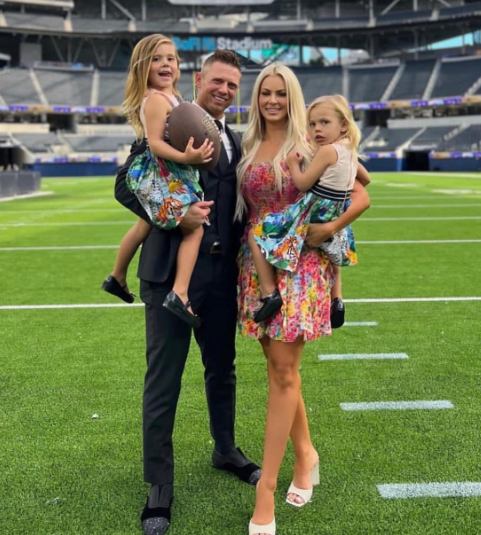 What is The Miz Height?

The Miz is a professional wrestler whose body build is a bodybuilder. He stands at the height of 6 ft 2 in or 188 cm and his body weight consists of 100 kg or 220.5 lbs. His hair color is light brown and his eye color is blue. He has a fauxhawk hairstyle. Being a wrestler, he maintains his body a lot by doing frequent exercise.

Trivias About The Miz You Need To Know.