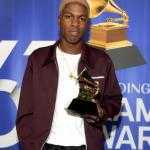 Ashton Simmonds popularly known by his stage name Daniel Caesar is a Canadian singer and songwriter. He is best known for his critically acclaimed EPs Praise Break, and Pilgrim's Paradise. His debut album, Freudian also garnered widespread critical acclaim. He has won Grammy for Best R&B Performance for his single "Best Part" from his debut album, Freudian at 61st Annual Grammy Awards.

Where is Daniel Caesar from?

Daniel Simmonds was born on 5 April 1995. His birth name is Ashton Simmonds. He was born to Caribbean parents. His father is Norwell Simmonds and his mother is Hollace Simmonds. He is of Bajan and Jamaican descent. His birthplace is in Oshawa, Ontario in Canada. He holds Canadian nationality. His zodiac sign is Aries. He has 3 siblings. He is the second eldest of four children. He grew up in the Seventh Day Adventist Church in Oshawa.

He attended the churches private schools.

His body of work is influenced by religion, as well as unrequited love.

He released his second EP, Pilgrim's Paradise in 2015.

His breakthrough single, "Get You" amassed over 10 million streams on Apple Music.

His management has stated that his catalog has garnered over 20 million global streams on Apple Music.

NPR has stated that his three most-streamed songs have a combined 249 million streams on Spotify as of June 2018.

He released his third EP, Up Next Session: Daniel Caesar on 16 August 2017.

Following his success of his previous EPs, he released his debut album Freudian on 25 August 2017. The album includes singles "Get You", "We Find Love", "Blessed", "Best Part" among others.

His other singles are "Won't Live Here", "Japanese Denim", and "Who Hurt You?".

He was featured on River Tiber's "West", Sean Leon's "Matthew in the Middle", Peter Cotton's "Forever Always", and The Free Nationals' "Beauty & Essex".

He has written/co-written "Telling the Truth" by Mary J Blige and "Saturn" by Nao.

2018 Juno Award - R&B/Soul Recording of the Year for his debut album, Freudian.

Who is Daniel Caesar Dating?

Daniel Caesar is reportedly a single. The Canadian has maintained a low profile regarding his personal life. He might be single or he might be dating someone. No rumor regarding his affair has surfaced yet. However, it is certain that he is unmarried. His sexual orientation is straight.

He lives in Toronto, Ontario in Canada.

What are Daniel Caesar's Body Measurements?

What is Daniel Caesar's Net Worth?

Daniel Caesar is an aspiring singer and songwriter from Canada. His EPs, Praise Break, and Pilgrim's Paradise, as well as his debut album, Freudian earned him widespread critical acclaim. Working in the music industry is his main source of income. As of 2019, his net worth is estimated at $1 million.