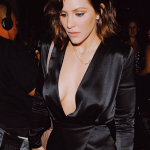 The gorgeous Katharine McPhee is an American actress, singer, songwriter, and model. The runner-up on the fifth season of American Idol is also known for her work in The House Bunny and Shark Night 3D.

Talking about the rumors of the talented actress Katharine McPhee, there was news that she was on a dinner date in Malibu. She and David Foster spotted ‘kissing’ on the date. Currently, there are no desperate rumors regarding her personal and professional life.

Katharine McPhee was born as Katharine Hope McPhee and raised in California, USA. Her mother Peisha Arten was a singer and her father Daniel McPhee was a vocal coach. She bears American nationality and is of white ethnicity. She studied at Notre Dame High School in Sherman Oaks. She uses to take part in her sand musicals plays. She graduated in 2002.
After her graduation, she attended Boston Conservatory for three semesters. She left college and attended television pilots.  Katharine McPhee is one of the secret living actresses who is very focused on her work. She doesn’t want to explain her past days and about her educational history briefly. She usually stays away from social media as she doesn’t want to share about her past days.

Katharine McPhee started her career as a singer. She took a part in American Idol. Before American Idol, she was a struggling actress trying to get a break. While in the journey, she broke her legs and also suffered from bronchitis and laryngitis. On 30th January 2007, she decided to launch her first album. The album was number two on the Billboard 200, selling 381,000 copies.
In 2008, her first single was “Over It”, was a Pop Top 30 hit and was certified gold in 2008. On 5th January 2010, her second album 'Unbroken' was released on Verve Forecast Records. Her next single “Had It All” was sold 45,000 copies as of January 2011. On 12th October 2o1o, her third album the holiday-themed Christmas Is the Time to Say I Love You was launched. On 10th January 2009, she signed a record deal with Verve Forecast Records. She also took part in the United Negro College Fund. Finally, after her hard work, she was in fame. She was a part of many shows and she was called as a guest as well. She was part of the show The House Bunny and Smash. In 2017, she was presented at the 2017 Grammy Awards on CBS.
She was featured in Scorpion in 2014, The House Bunny in 2008 and Shark Night 3D in 2011.

Net Worth of Katharine McPhee

The 34-year-old actress, Katharine is is estimated to have a net worth of $5 million. But her salary was not disclosed yet. Her source of earning as a pop singer and a TV celebrity.

Who is Katharine McPhee's husband?

McPhee previously married Nick Cokas in 2008 and filed for divorce in 2014, months after being photographed kissing married Smash director Michael Morris. They finalized their divorce two years later. Around the time she separated from Cokas and began dating her Scorpion co-star Elyes Gabel but their relationship ended in June 2016.
Currently, she dates Canadian composer David Foster. In July 2018, she publicly announced her engagement to 68-year-old David Foster. After that, no news came out about their engagement or marriage. According to the source of E!News - "David has not shown any interest in getting married again." It is possible that they living together.
Besides this, she is active in social networking sites such as Instagram and Twitter. She has around 484K followers on Instagram and 252K followers on Twitter. 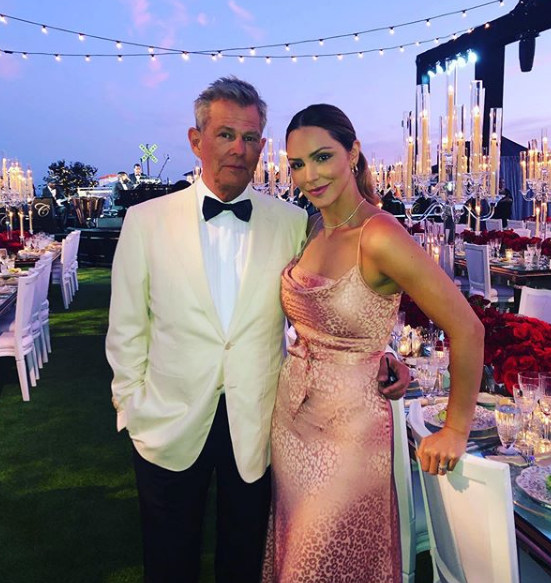